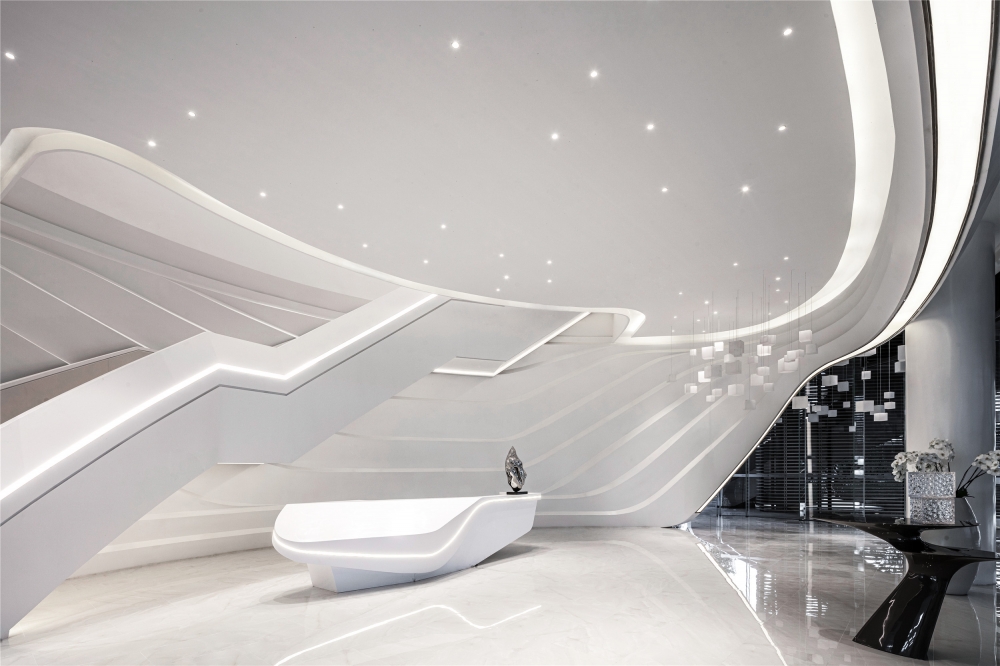 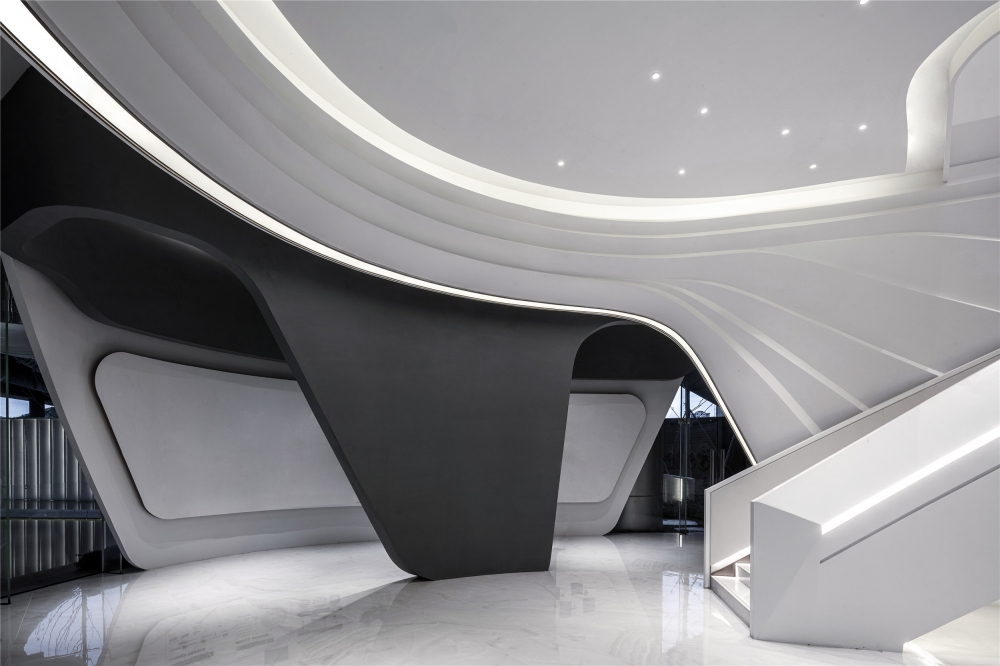 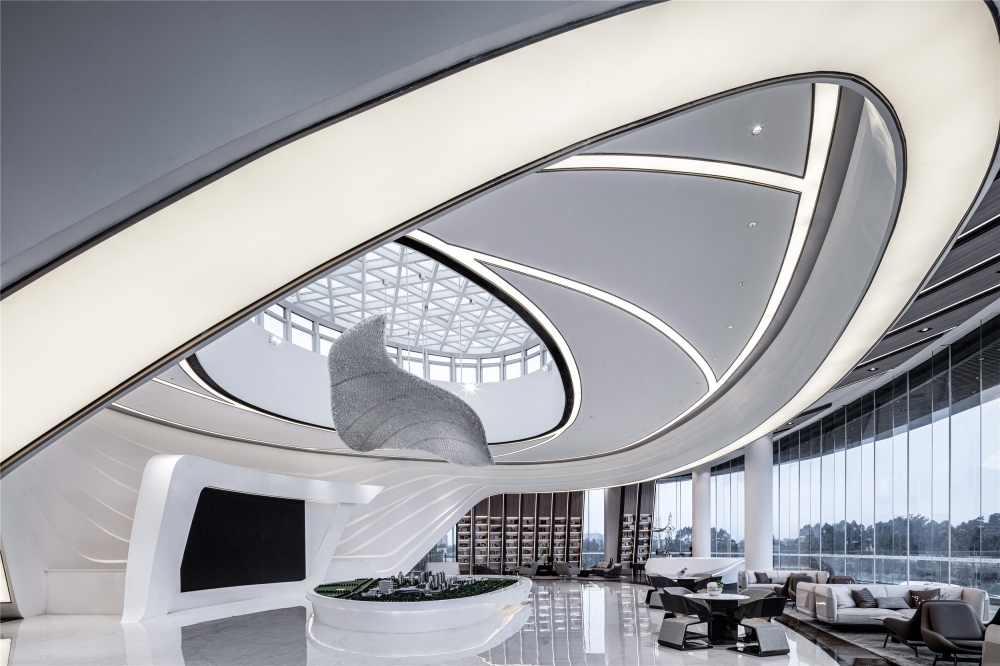 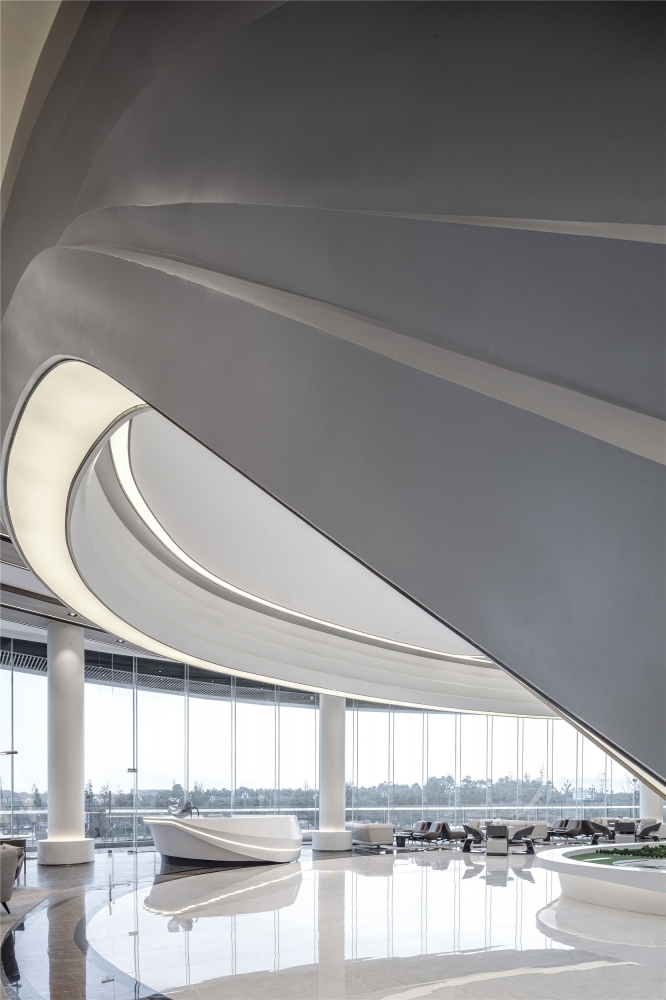 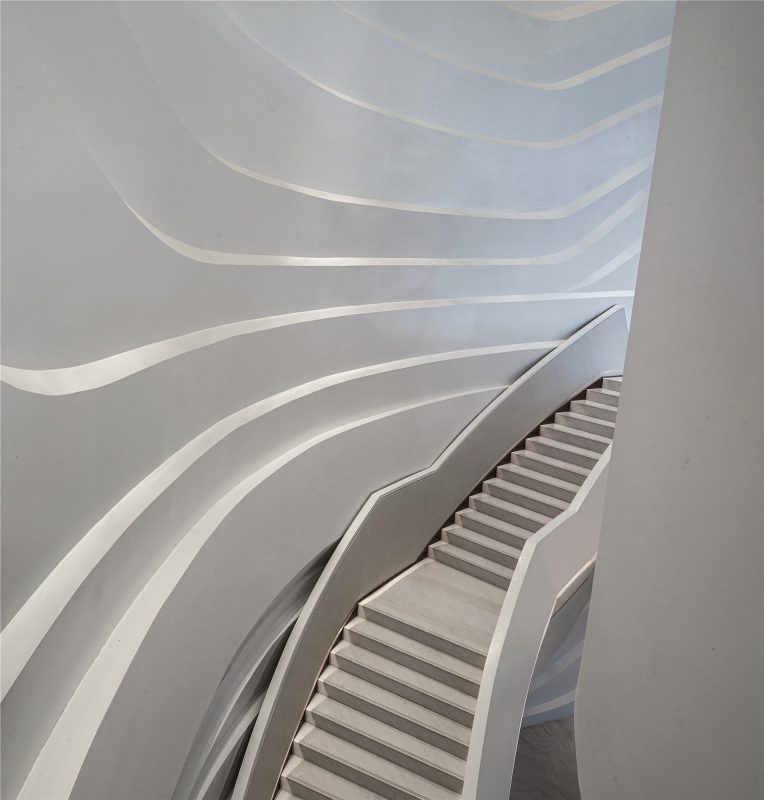 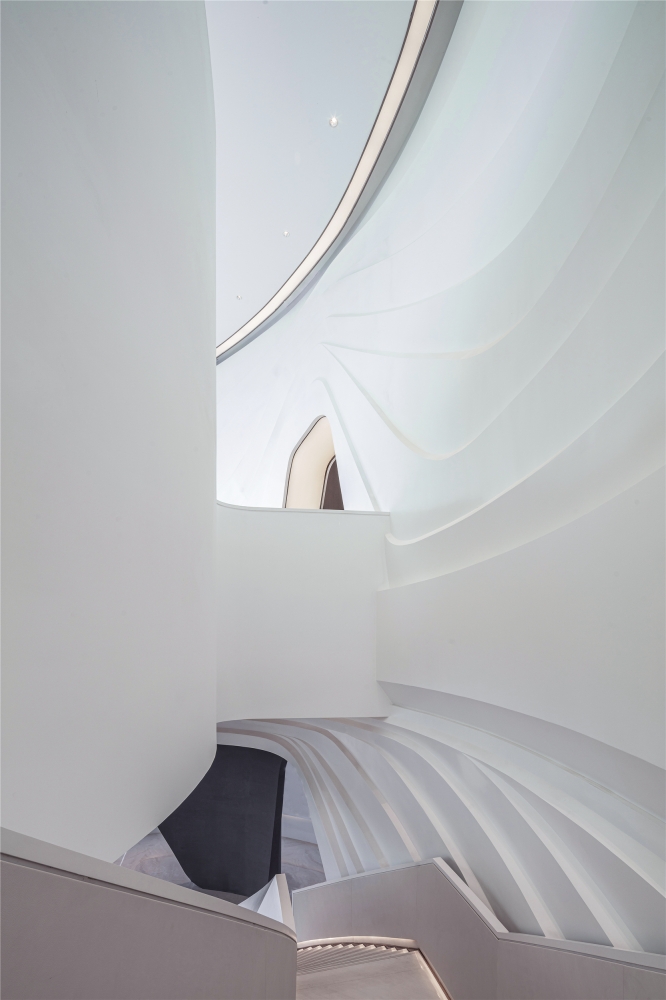 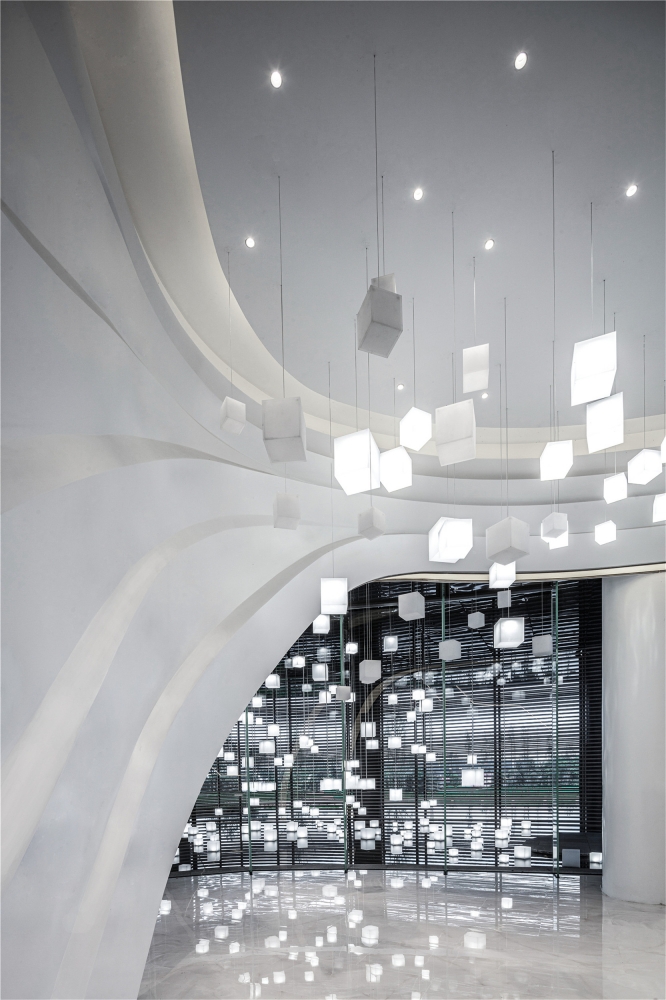 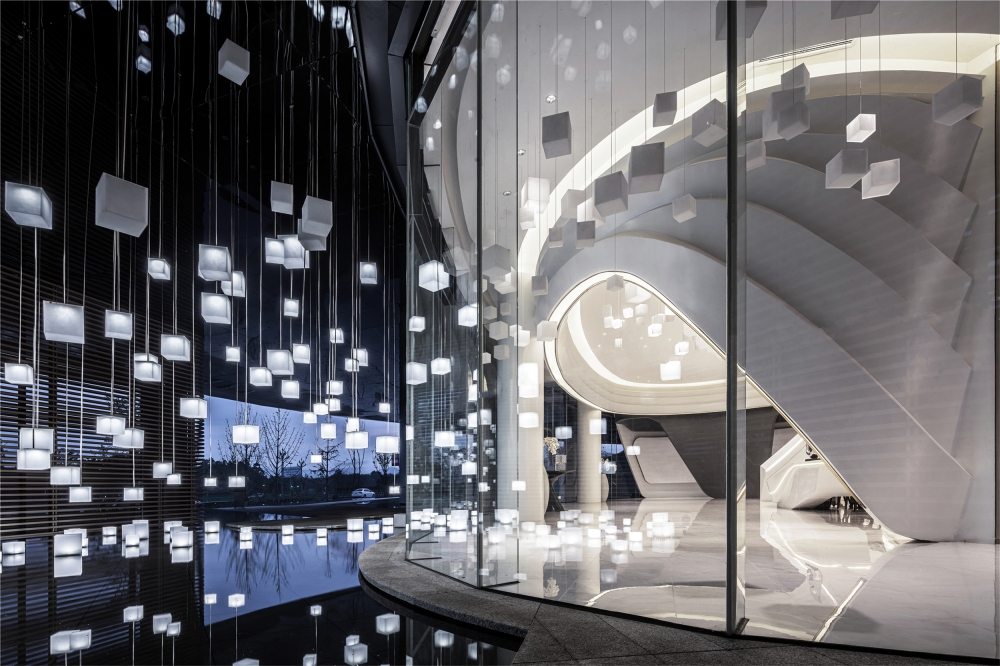 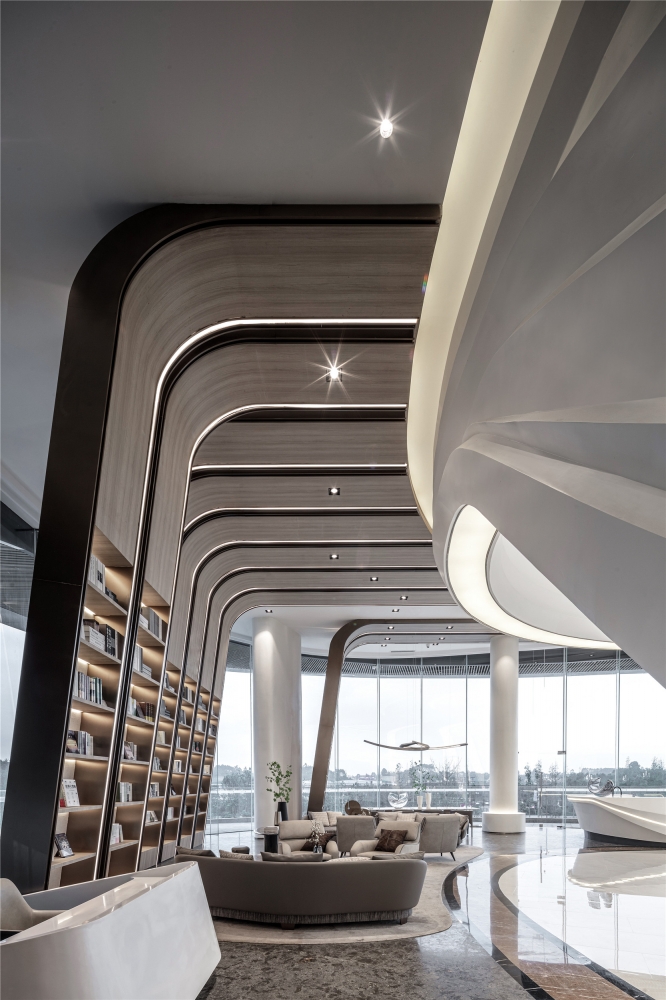 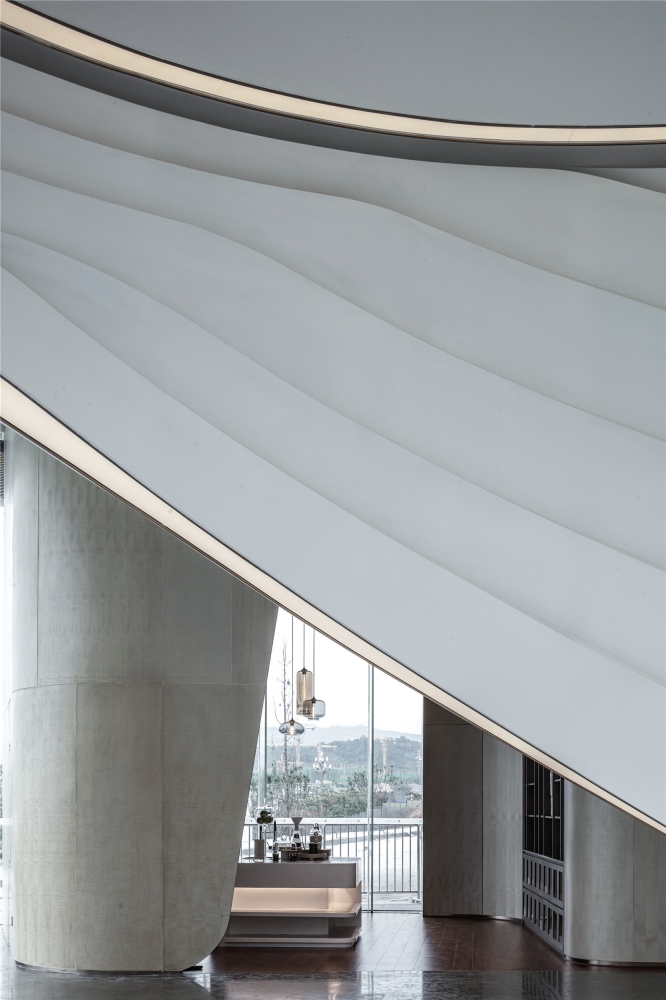 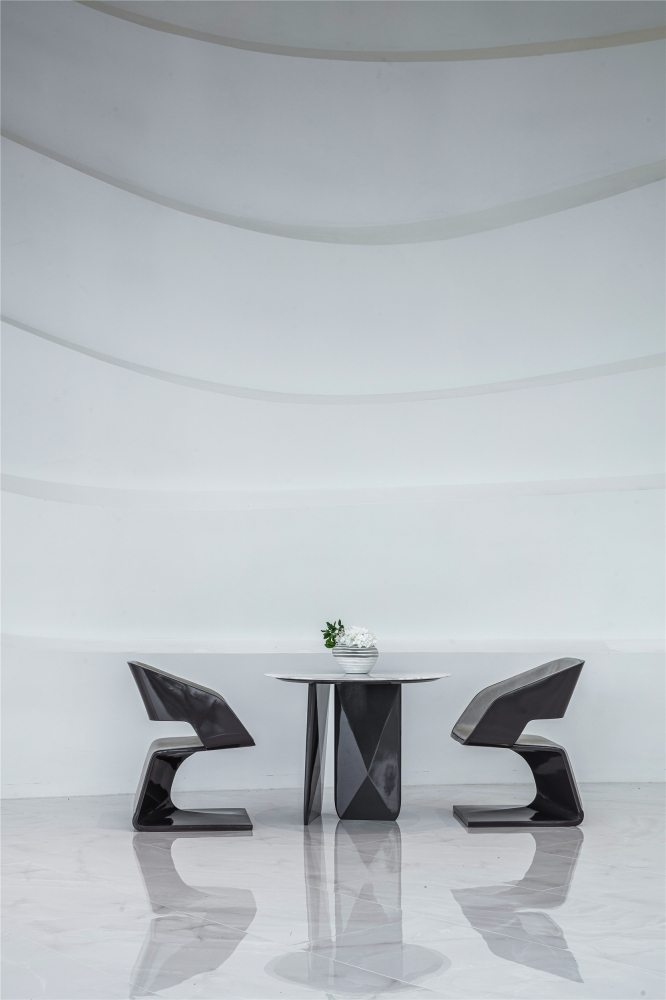 The project is located in Chengdu. It is a development and exhibition area for the community.The community is focus on clean energy as its main industrial chain to create a smart city covering the new and clean generation of information technology. The designer takes the two elements of "water" and "light" as the themes, allowing nature and technology to collide to re-establish the emotional connection between man and nature.The light cube art installation in front of the entrance of the lobby hangs over the water. People are attracted to these light cubes and take pictures here.When people enter the interior, the curved wall resembles the ripples produced by the flow of curved water.Through the sand table and scenic area display, to create a harmonious and humanized life imagination space for customers.