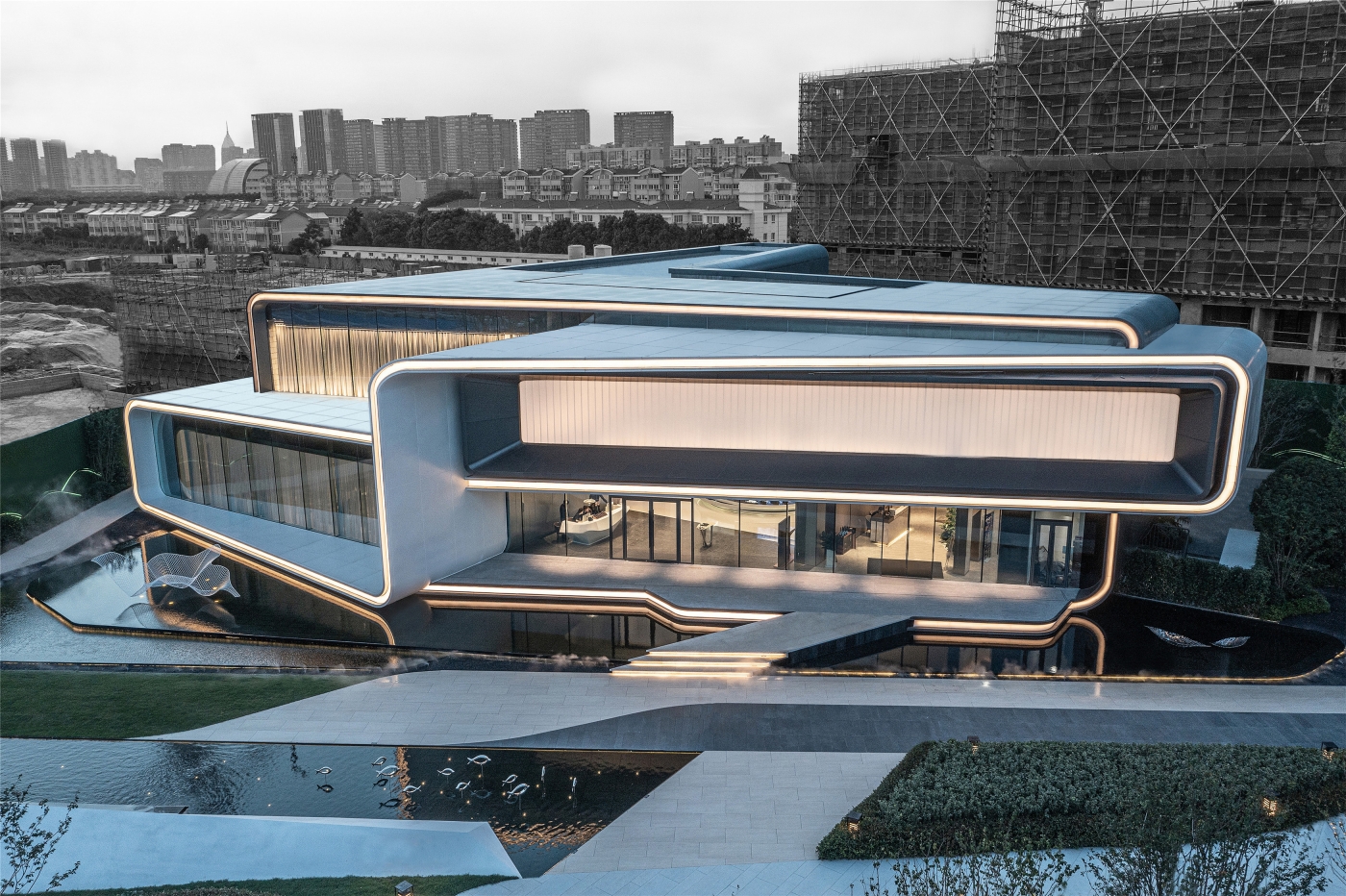 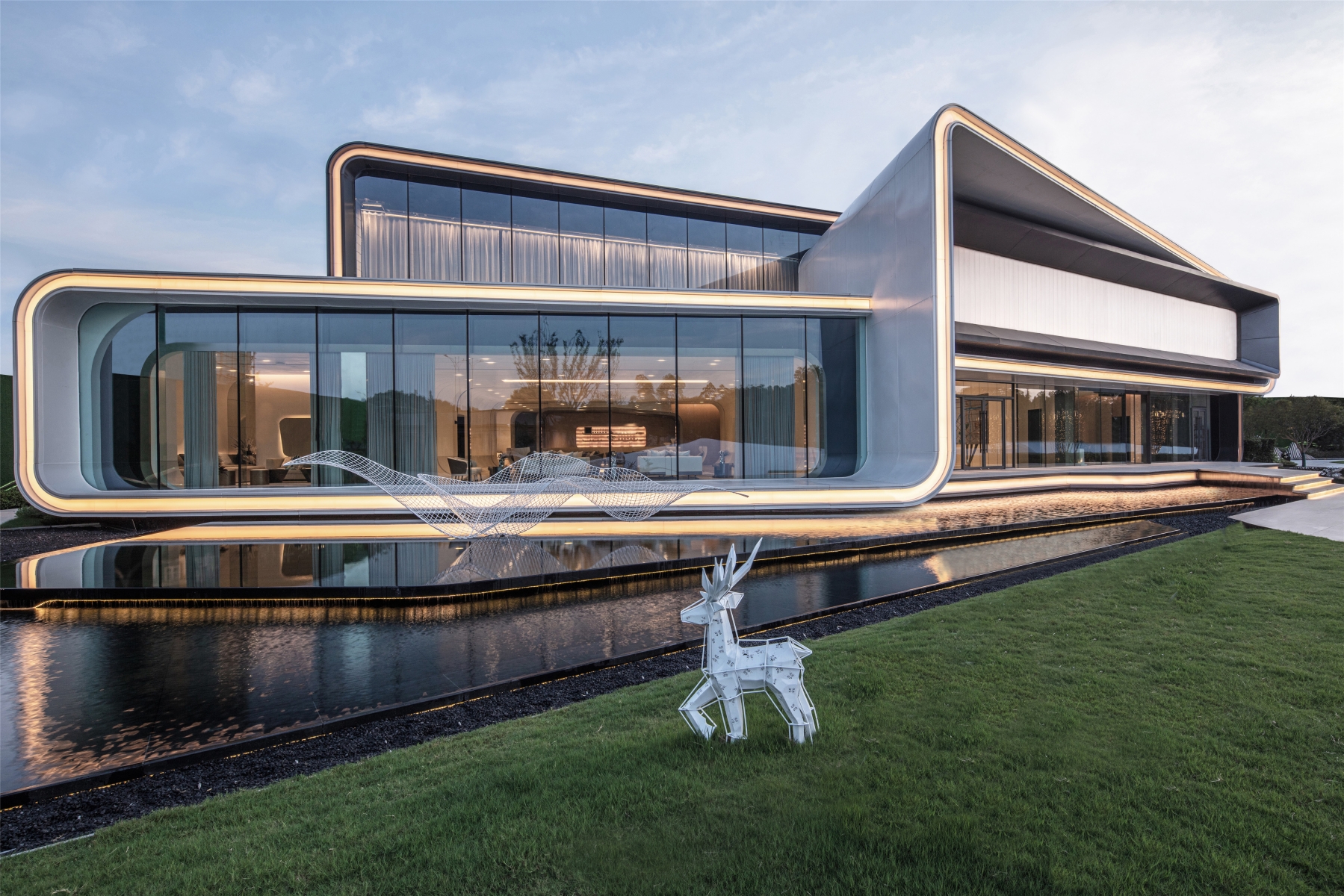 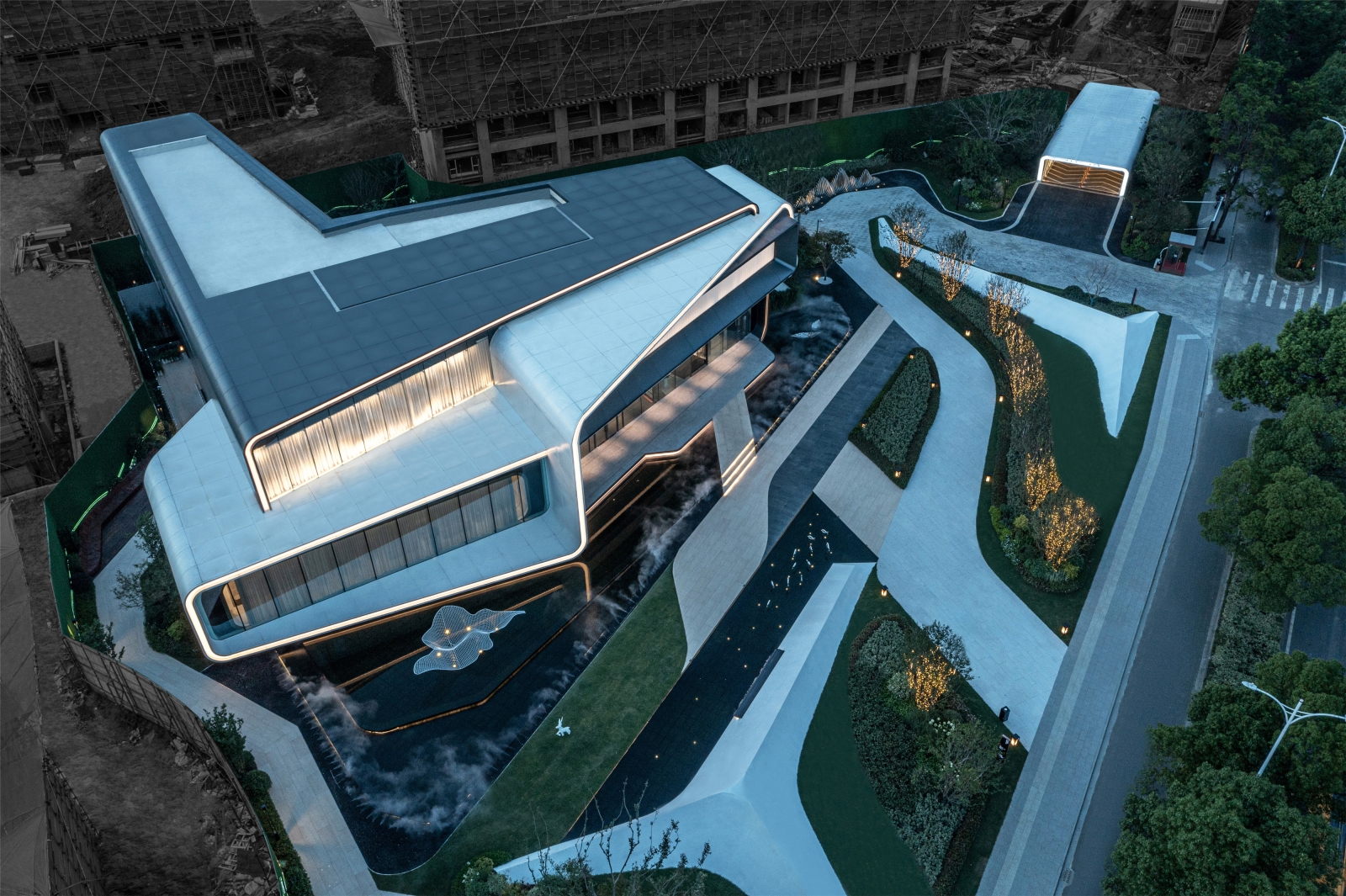 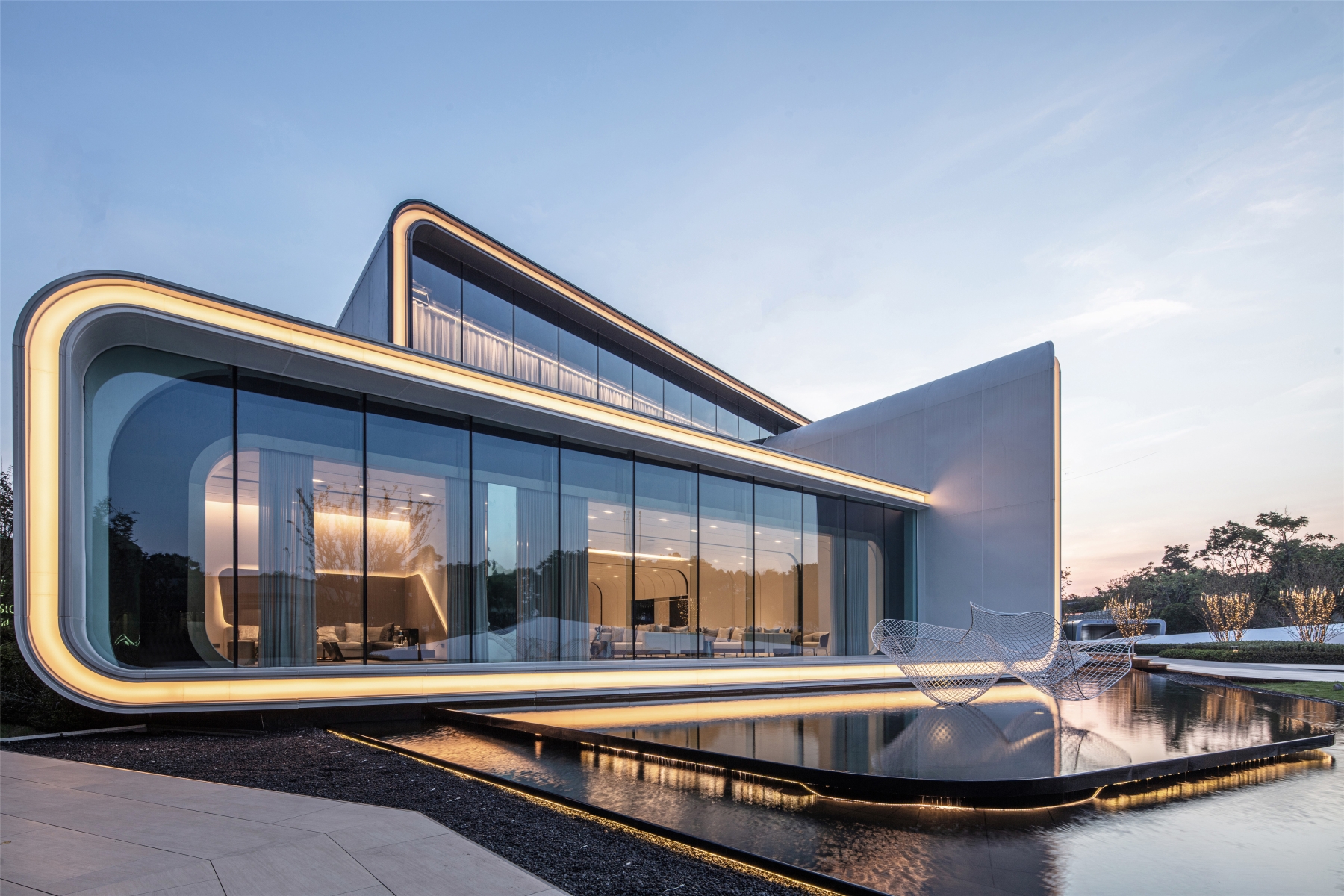 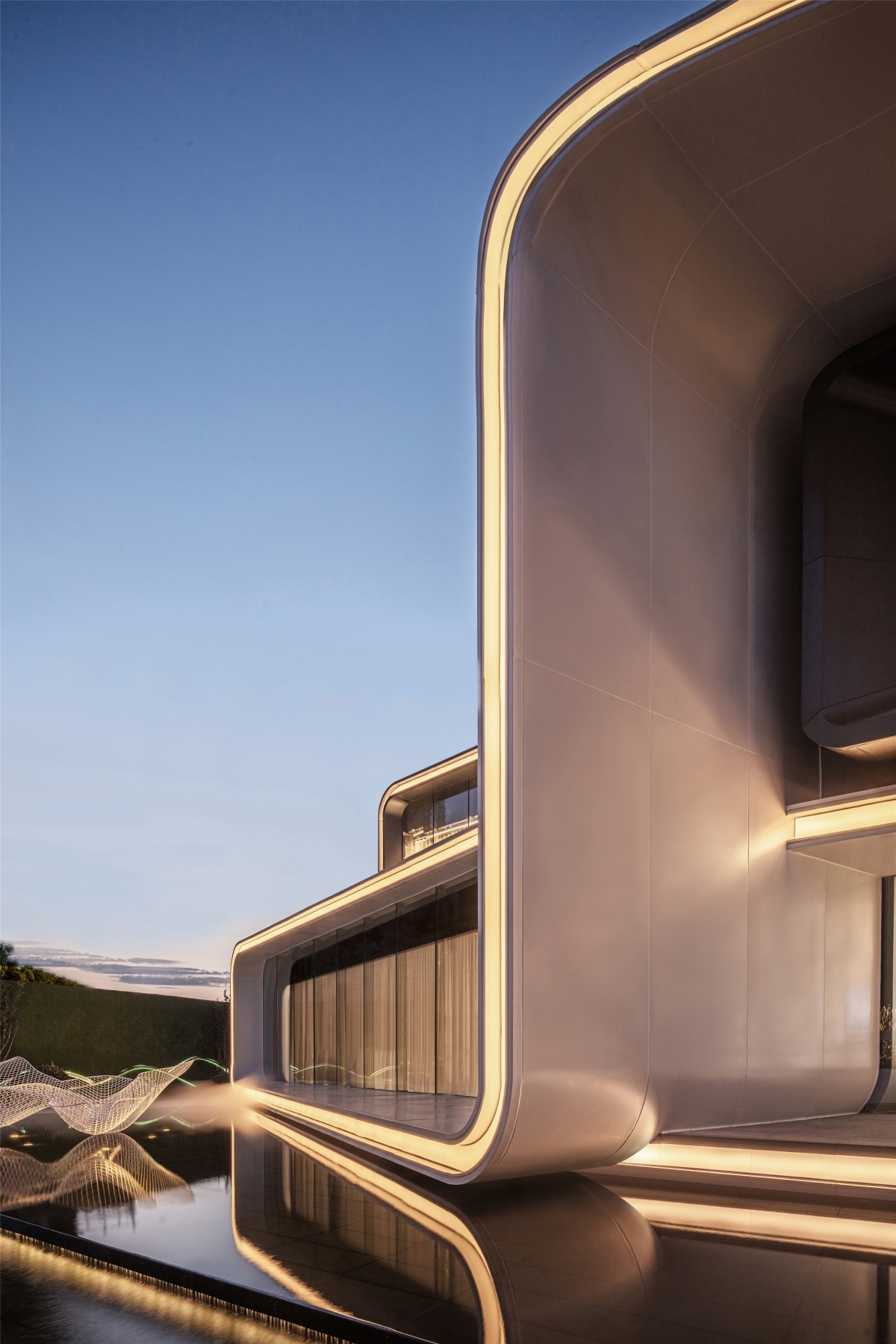 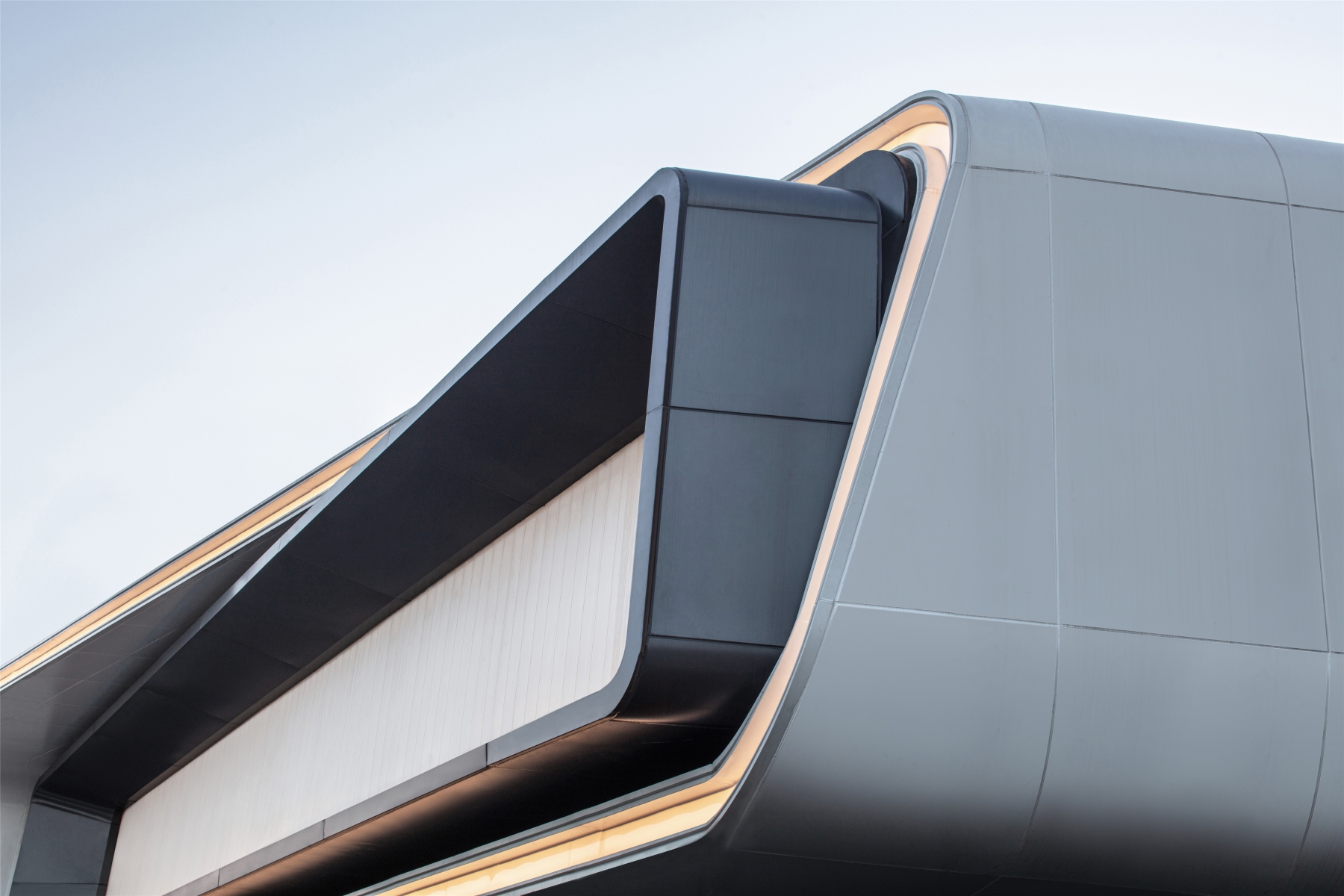 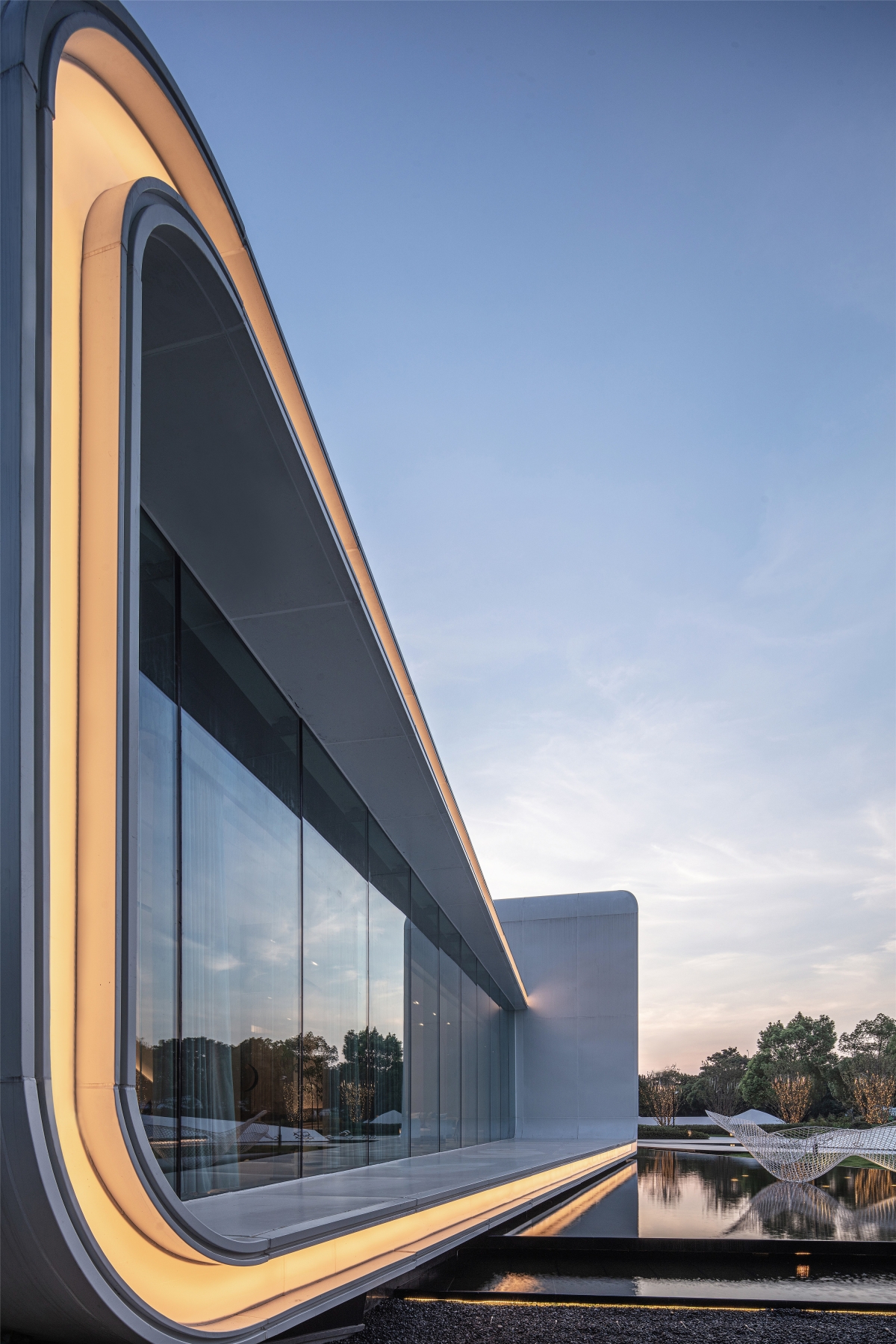 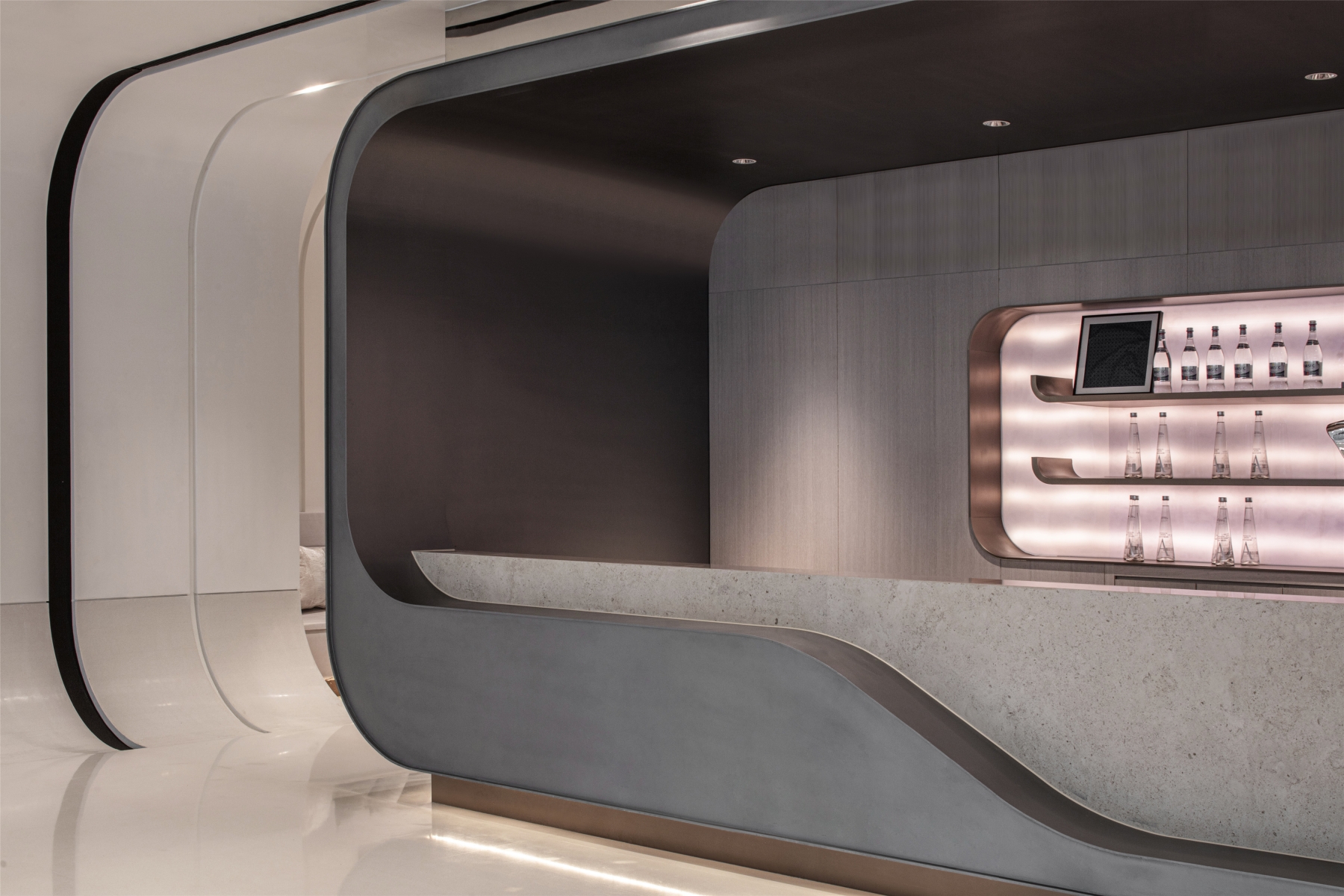 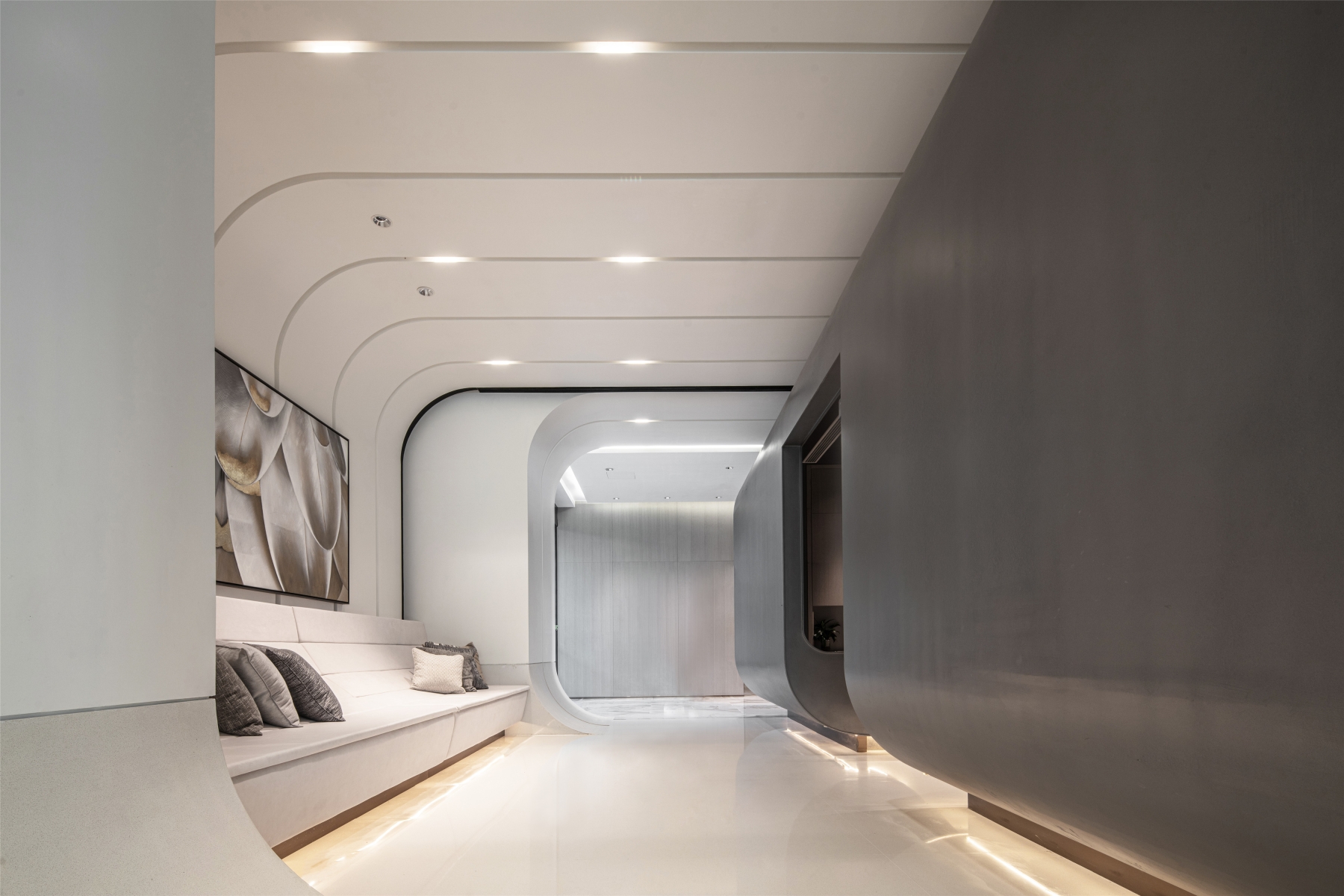 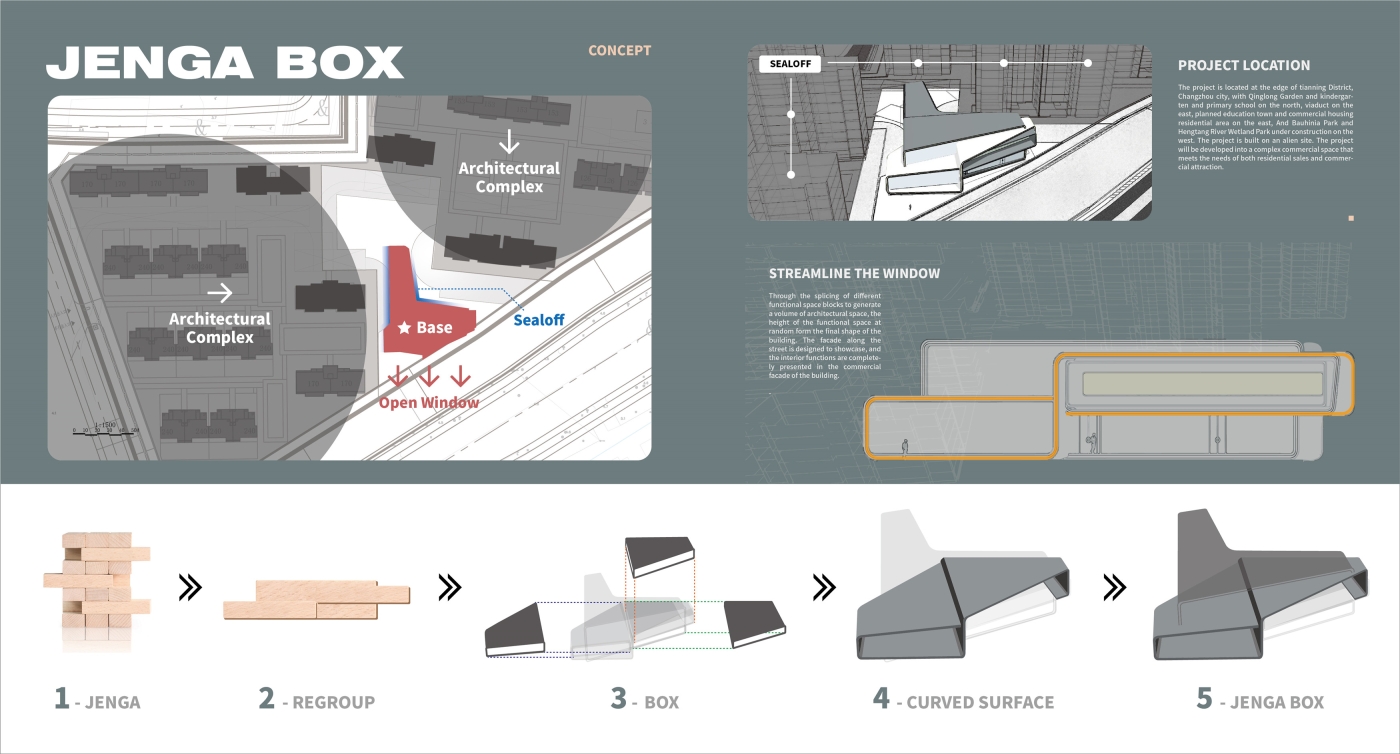 This is a commercial building for the community to meet the needs of the residents for daily life. Starting from site planning, the design integrates architecture, interior, landscape and lighting.

The site of the project is tight and especially narrow in the north.South of the site is the main road of the city, which is the main display surface of the architectural image. The facade along the street is designed to showcase the interior functions completely in the commercial facade of the building.The combination of GRC folding board and LED light belt connects the building blocks in series on the facade.Under the background of internal and external lights, the whole space is just like a shop window with exquisite and rich connotation in the city.

Integrating commercial buildings into the community creates a multifunctional, convenient and pleasant environment.The transparent glass curtain walls indicate different themed scenes in the space, exuding artistic appeal, just like theme windows, which not only fulfill the basic commercial functions required by the brand but also create an innovative theme experience to attract visits from the social media.