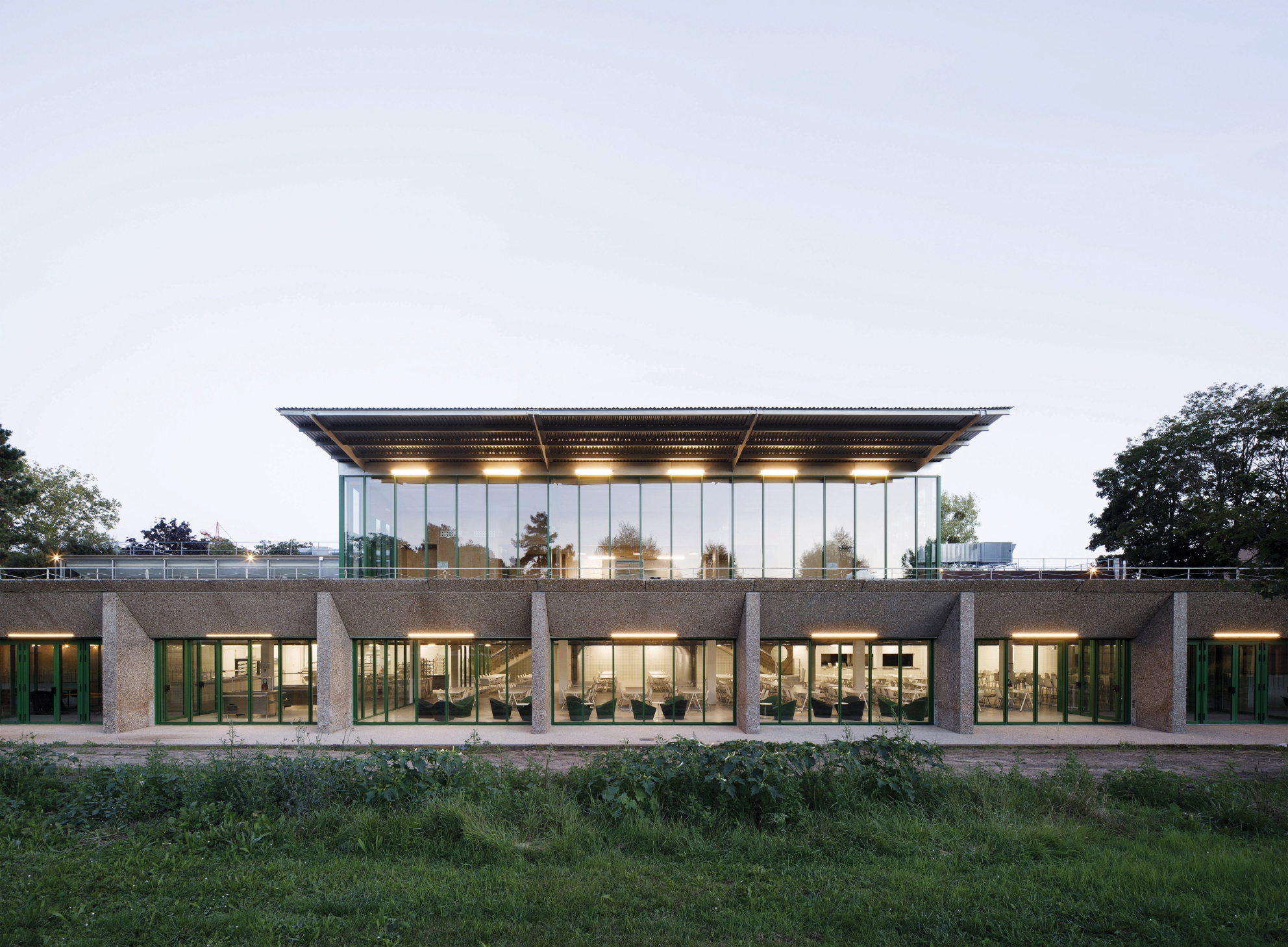 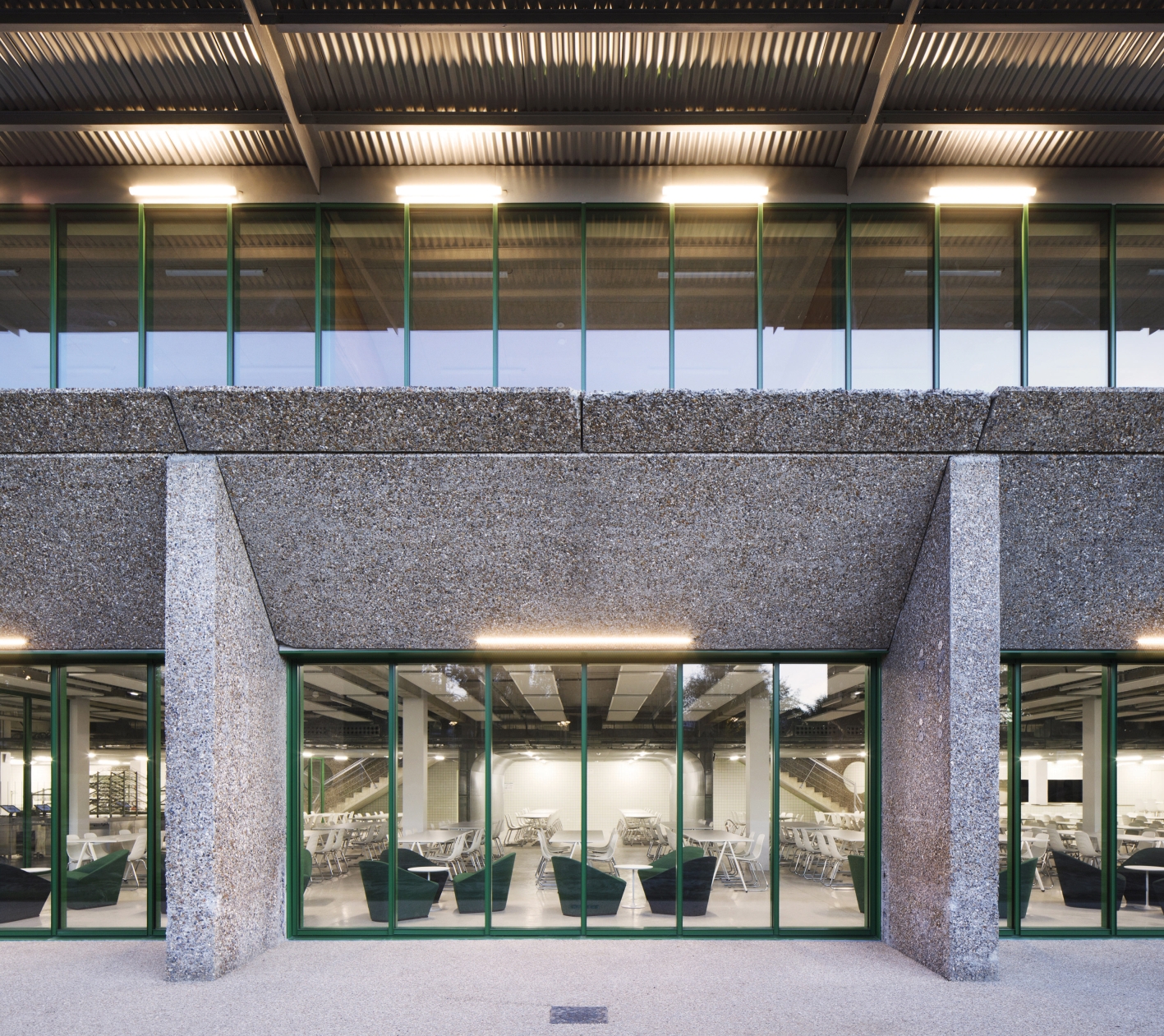 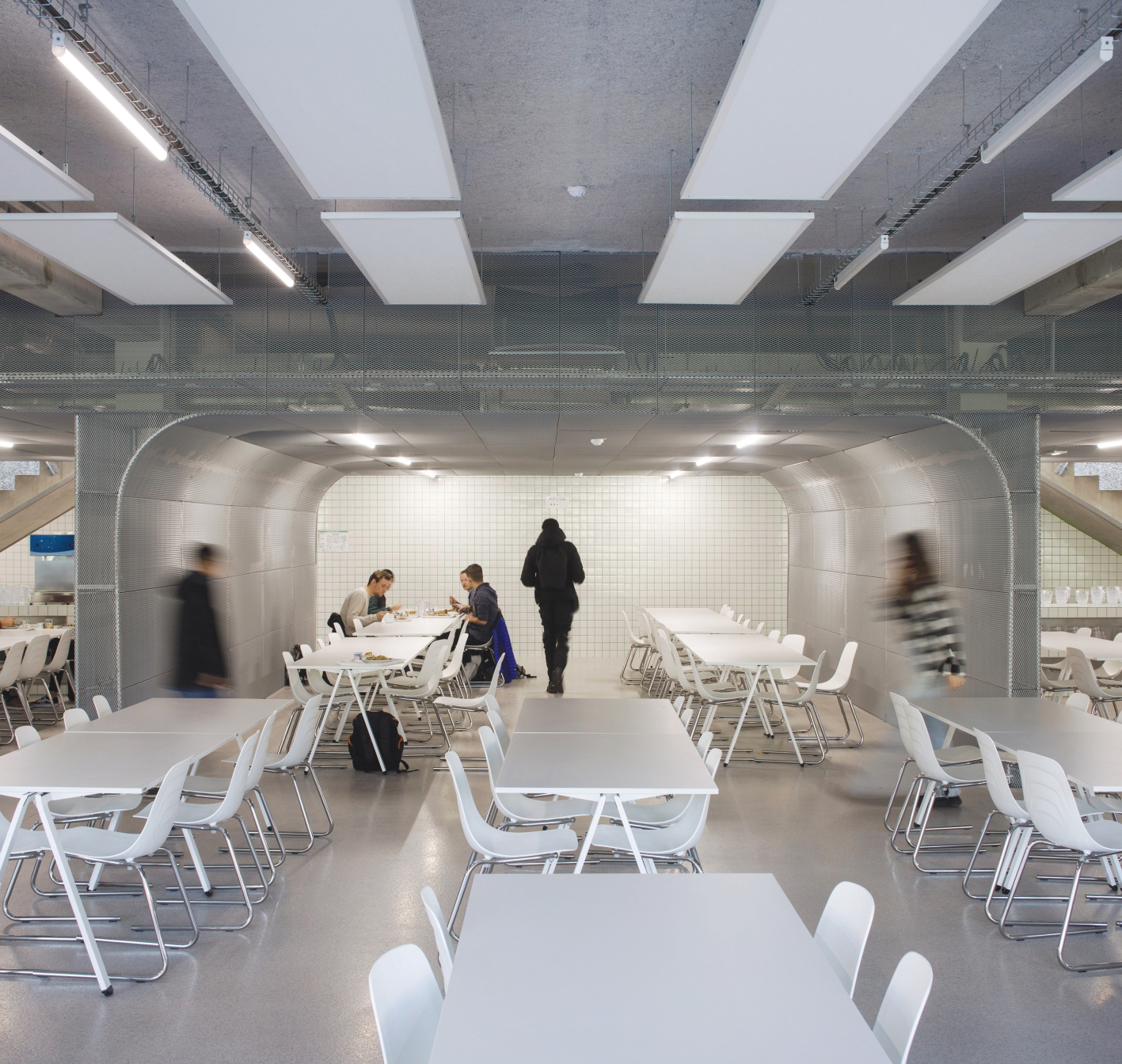 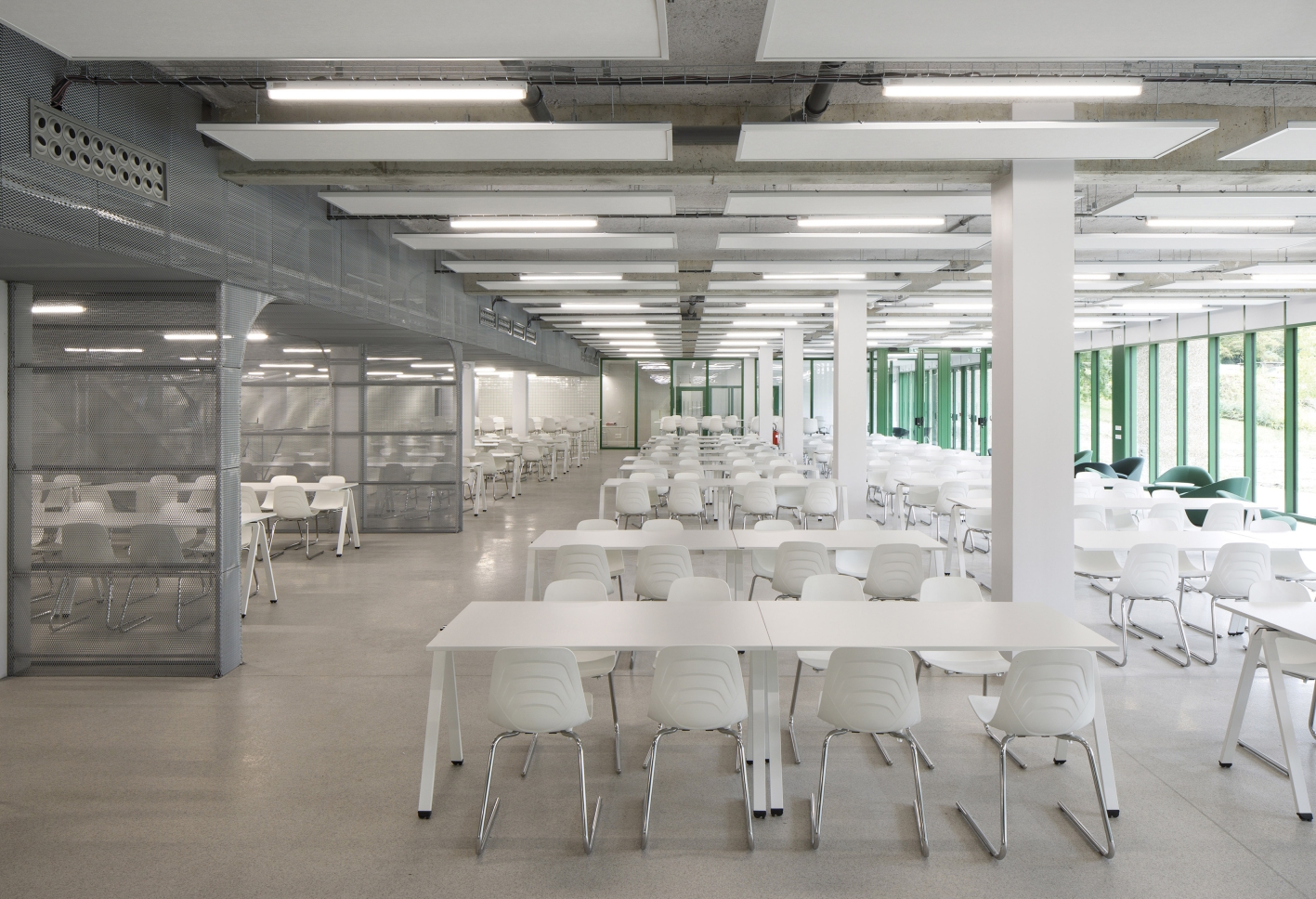 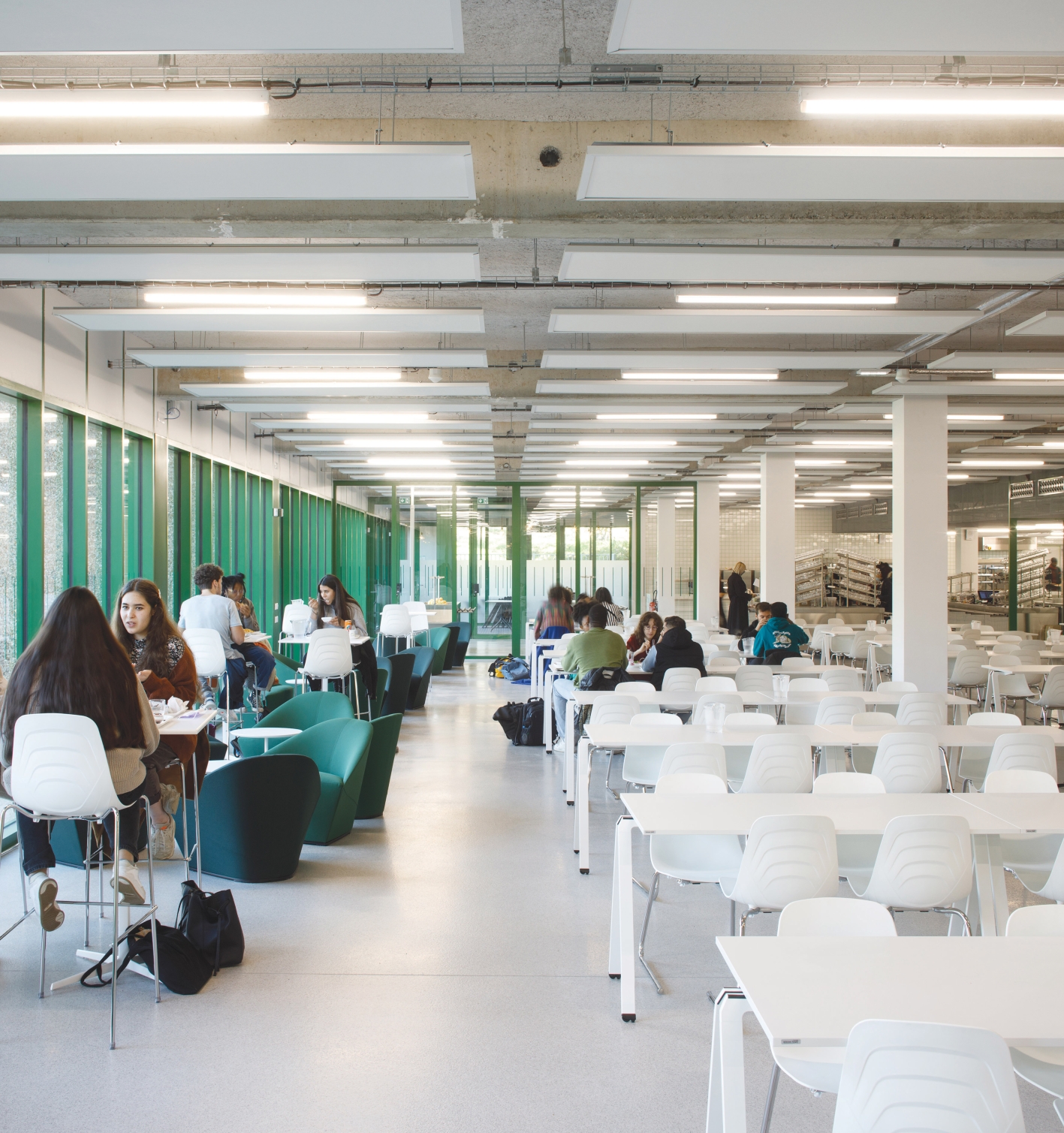 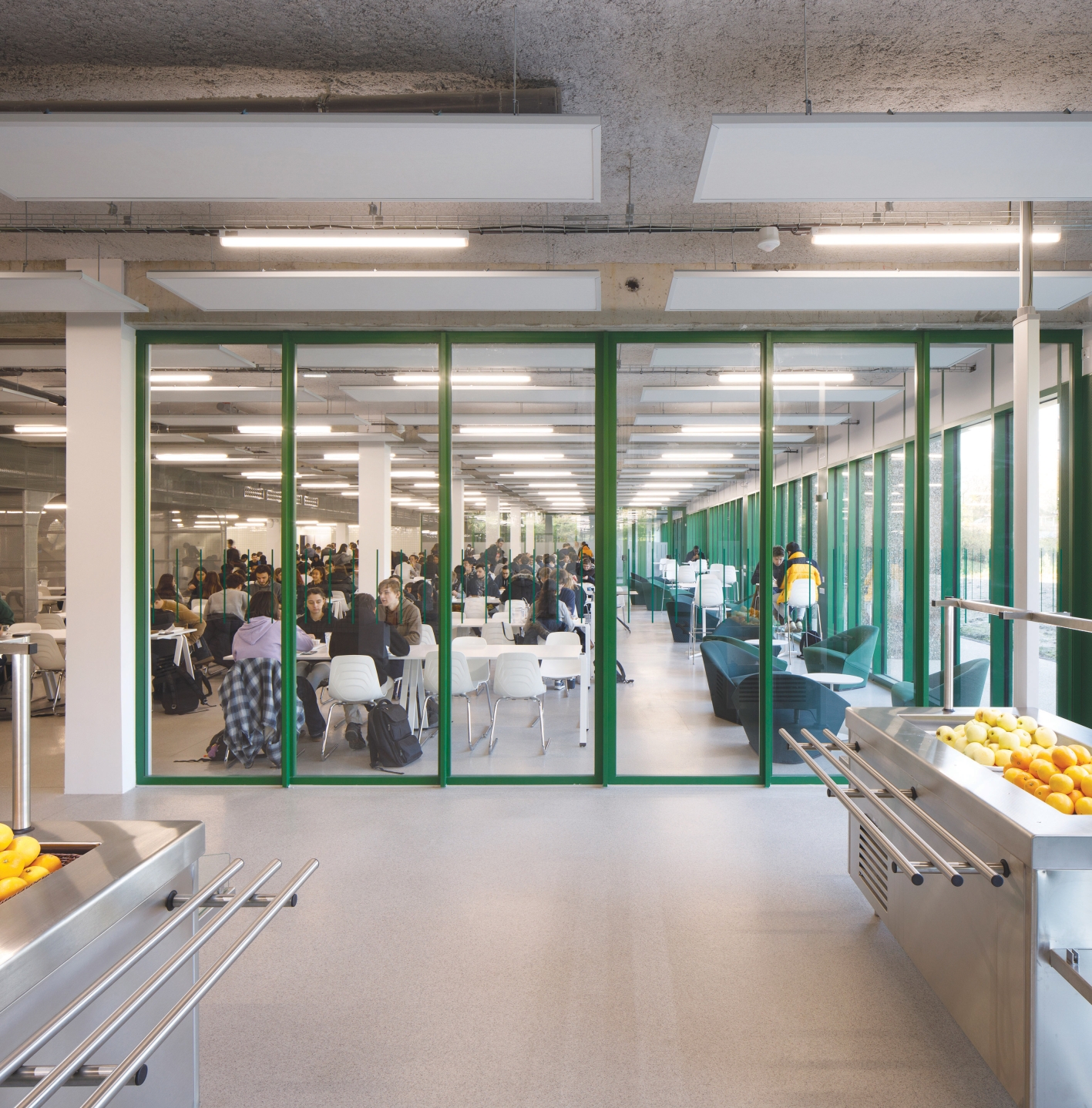 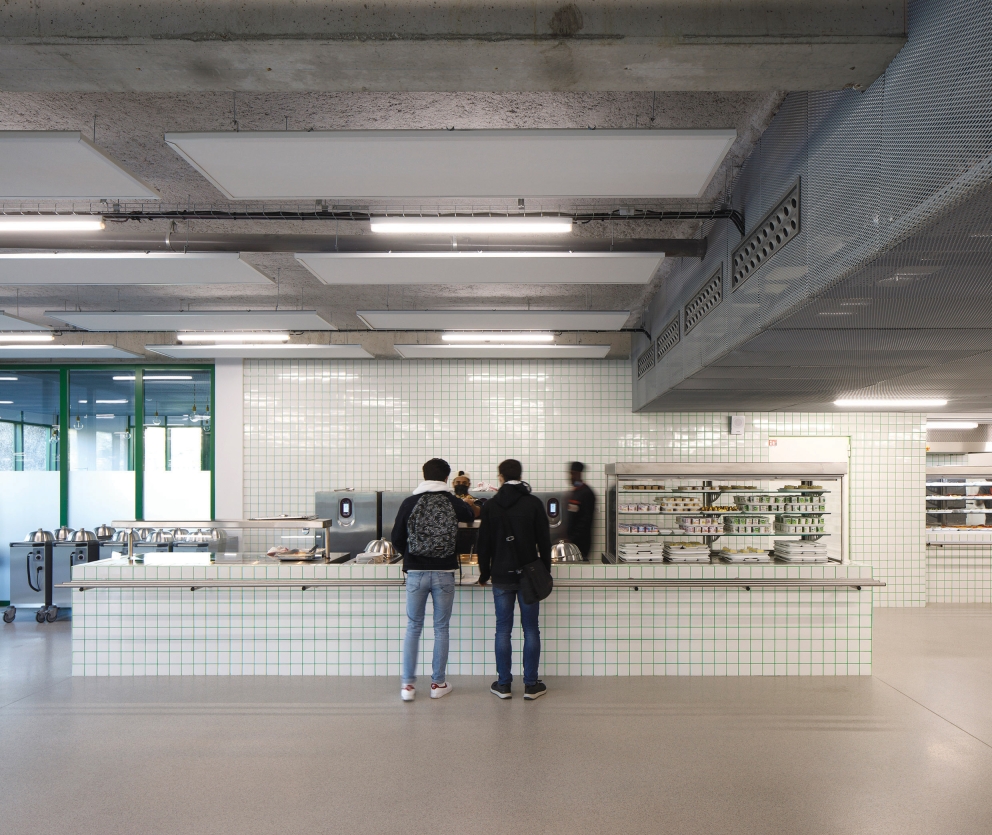 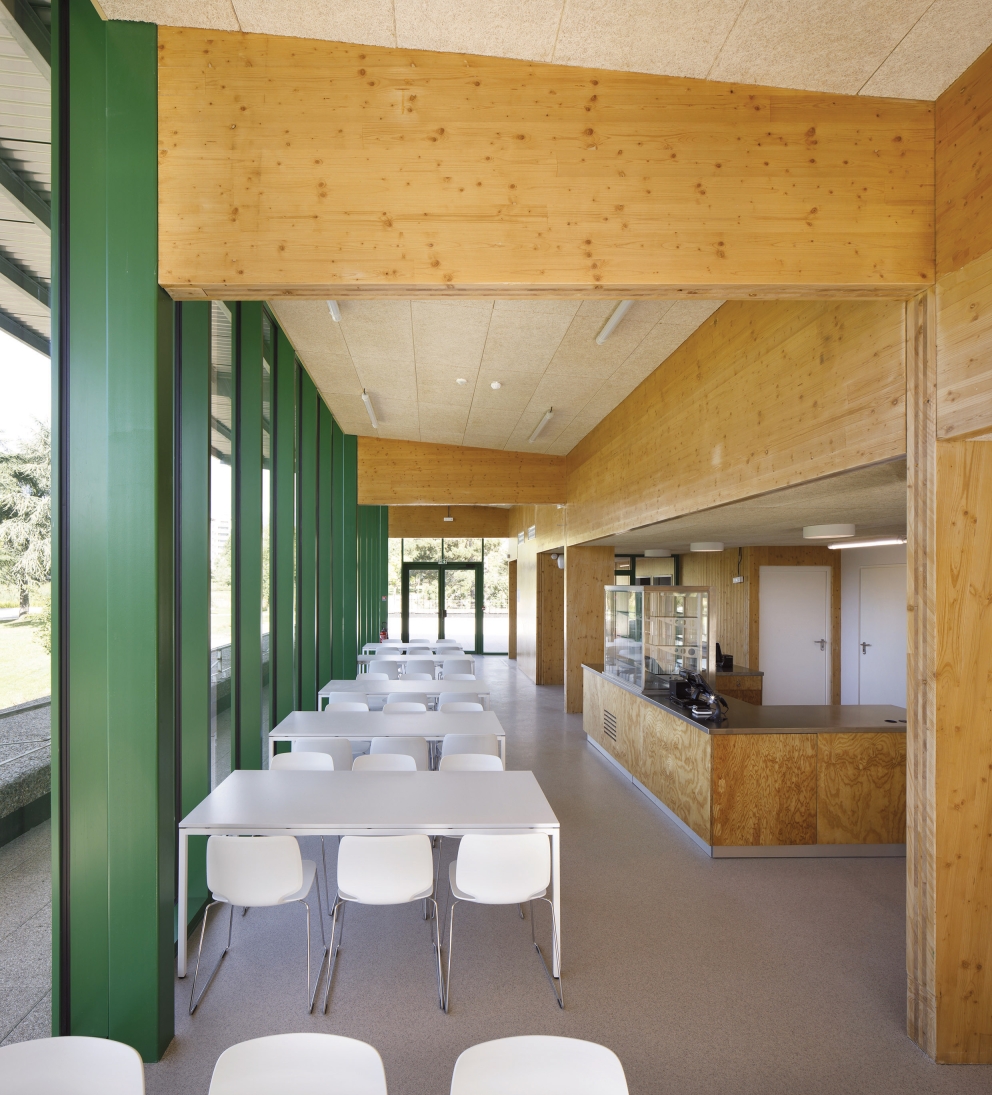 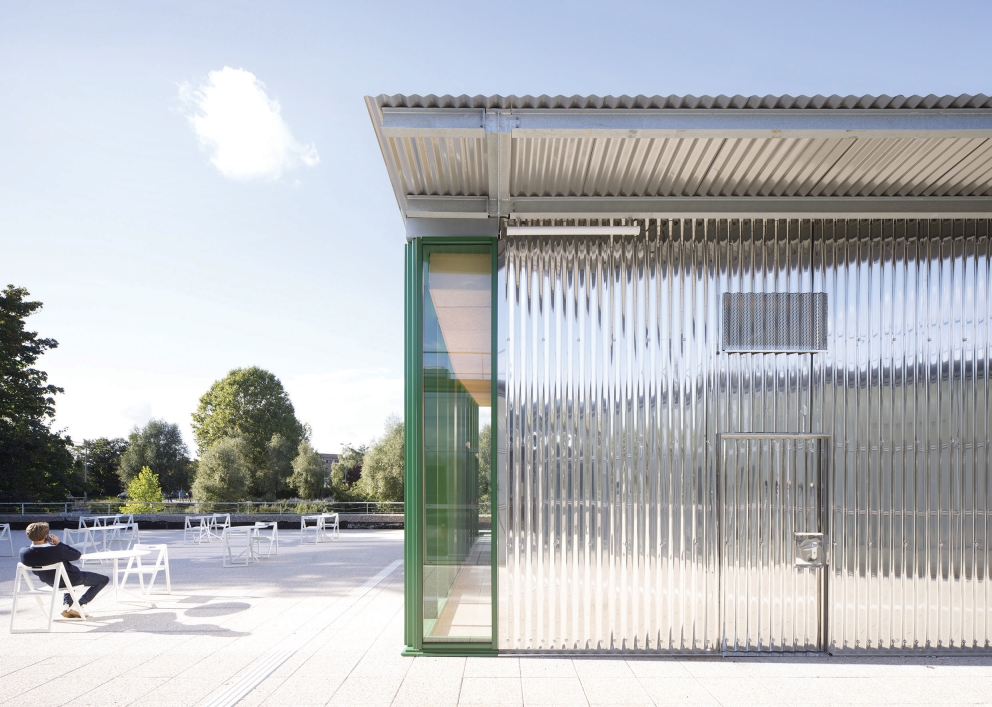 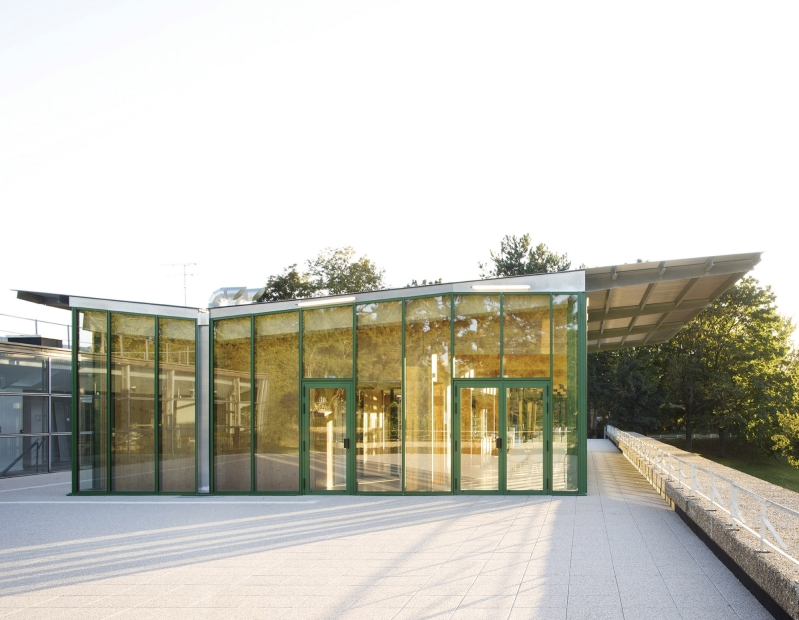 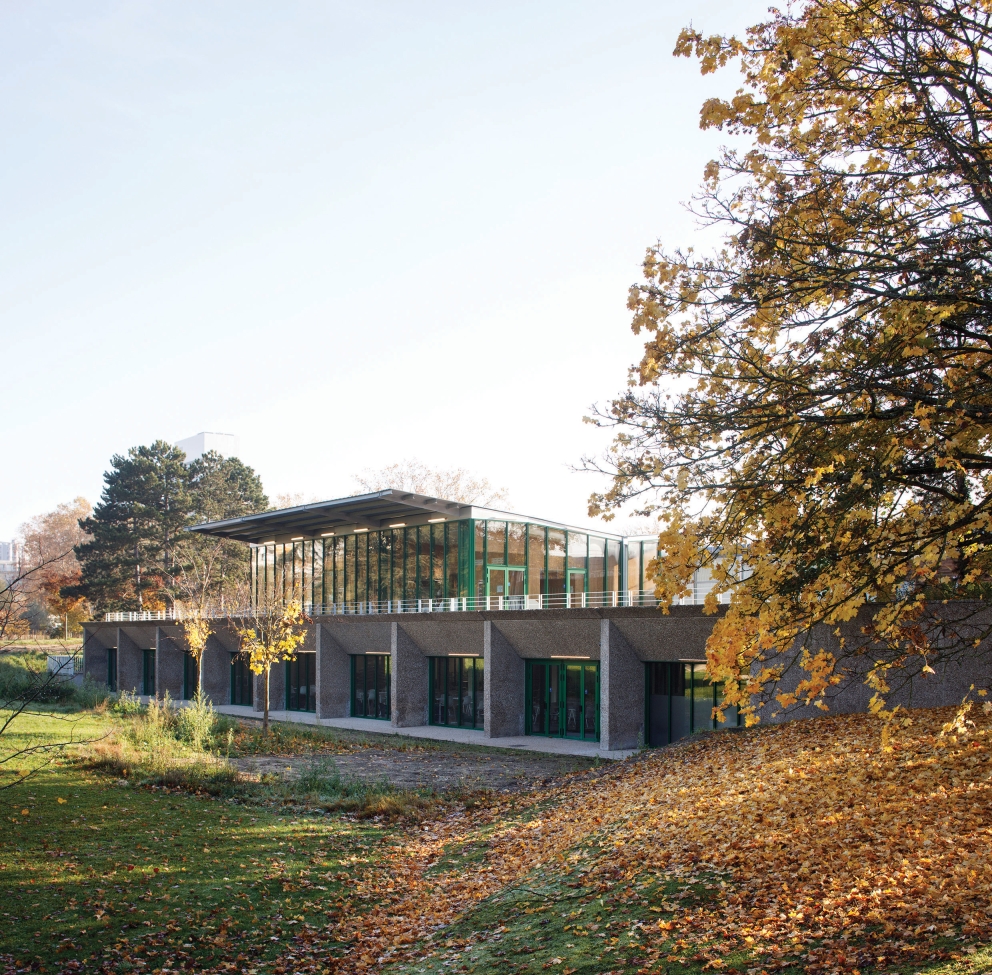 Located at the heart of the park of the Cergy prefecture, the restructuring and extension of the university refectory is an opportunity to re-establish a link with a large-scale landscaped public space while adapting it to current programming requirements.

A kiosk in a mixed wood and steel structure is skillfully placed on the roof of the original refectory, creating an element in dialogue with the urban and landscape dimensions. Designed as a light pavilion on a topographic mineral base, the kiosk becomes an element of unification between the different parts of the refectory, allowing it to assert its presence while ensuring the architectural coherence of the whole.

Building on its intrinsic qualities, the interventions on the existing structure consist in reinforcing the relationship between the interior and the exterior, to bring more light and views to the refectory spaces, and to enhance their uses.

Through a sober and economical design, the project demonstrates how work on the existing building accompanies the repositioning of an ordinary programme, such as a "resto U", allowing it, through architecture, to reinterpret its uses and its programming.

Bio Graal is an agency founded by Carlo Grispello and Nadine Lebeau, dedicated to architecture and urban strategies, which strives to give precedence to the economy of the project, constructive logics and materiality in the development of their undertakings. Their projects develop, through a sober and objective approach, in order to give a true place to the role of the territorial survey, the public dimension and uses. Graal aspires to render the specificities of a place and a commission through a language that is non-decisive, independent and concerned with responding to contemporary issues.