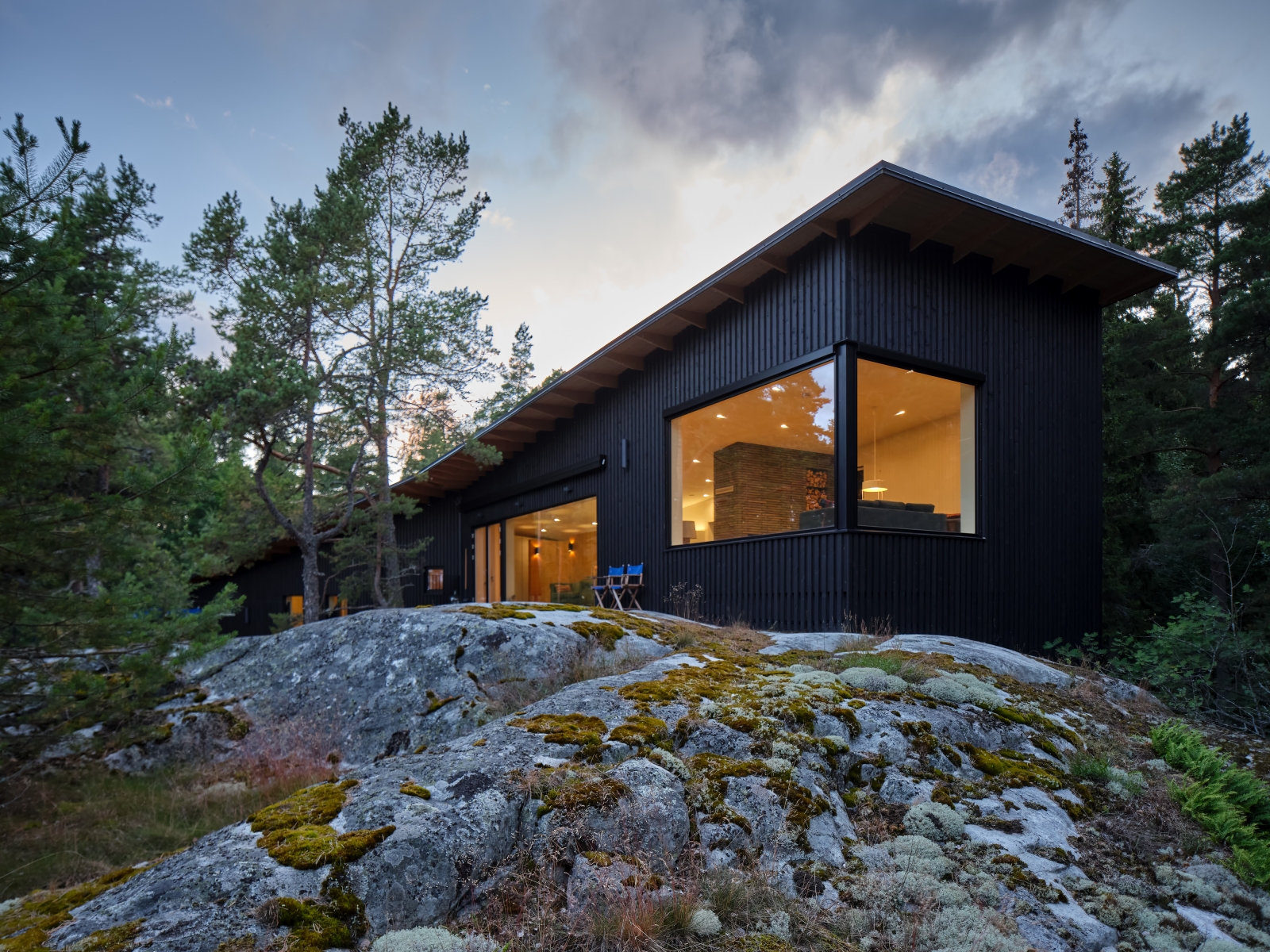 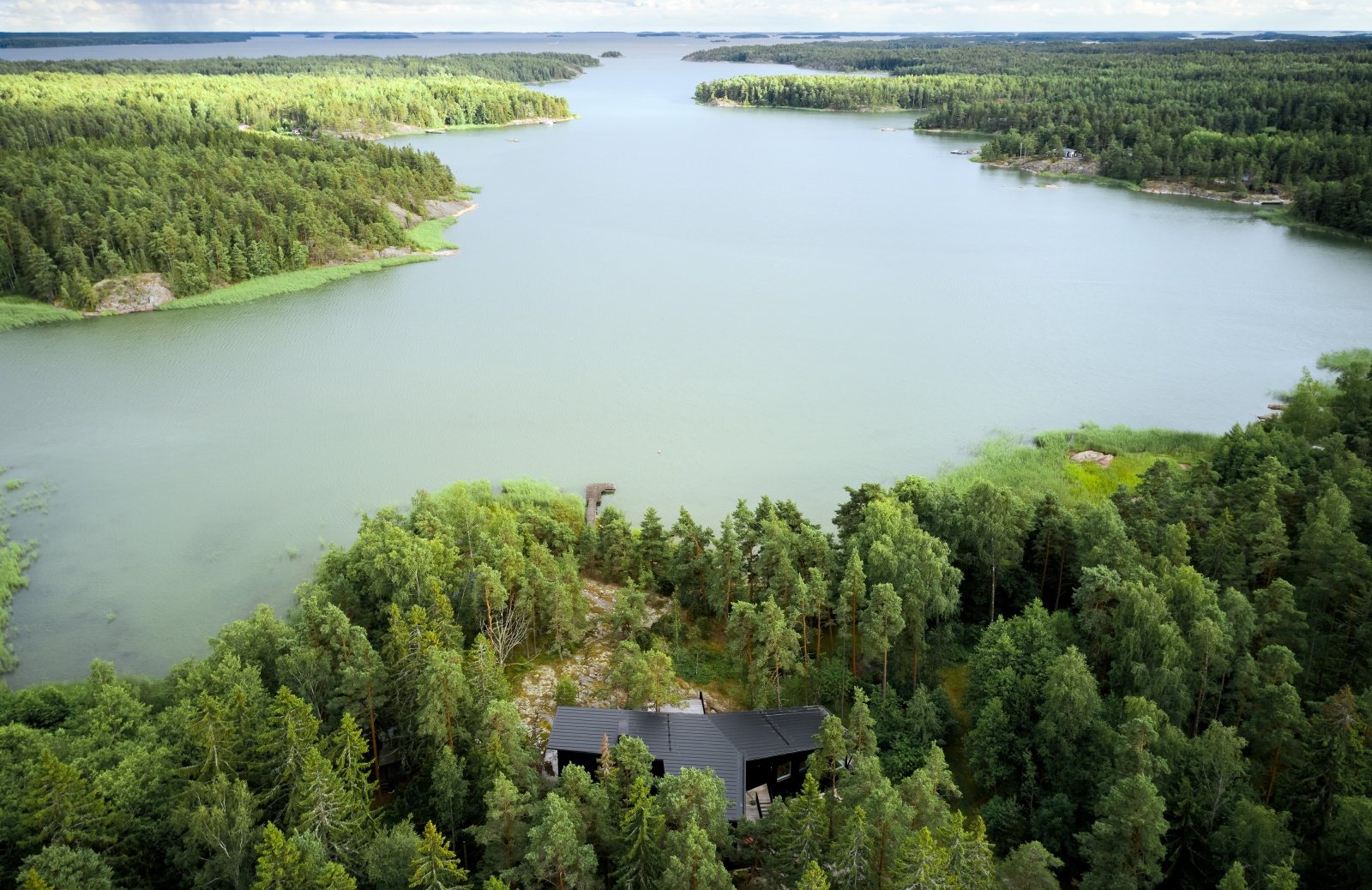 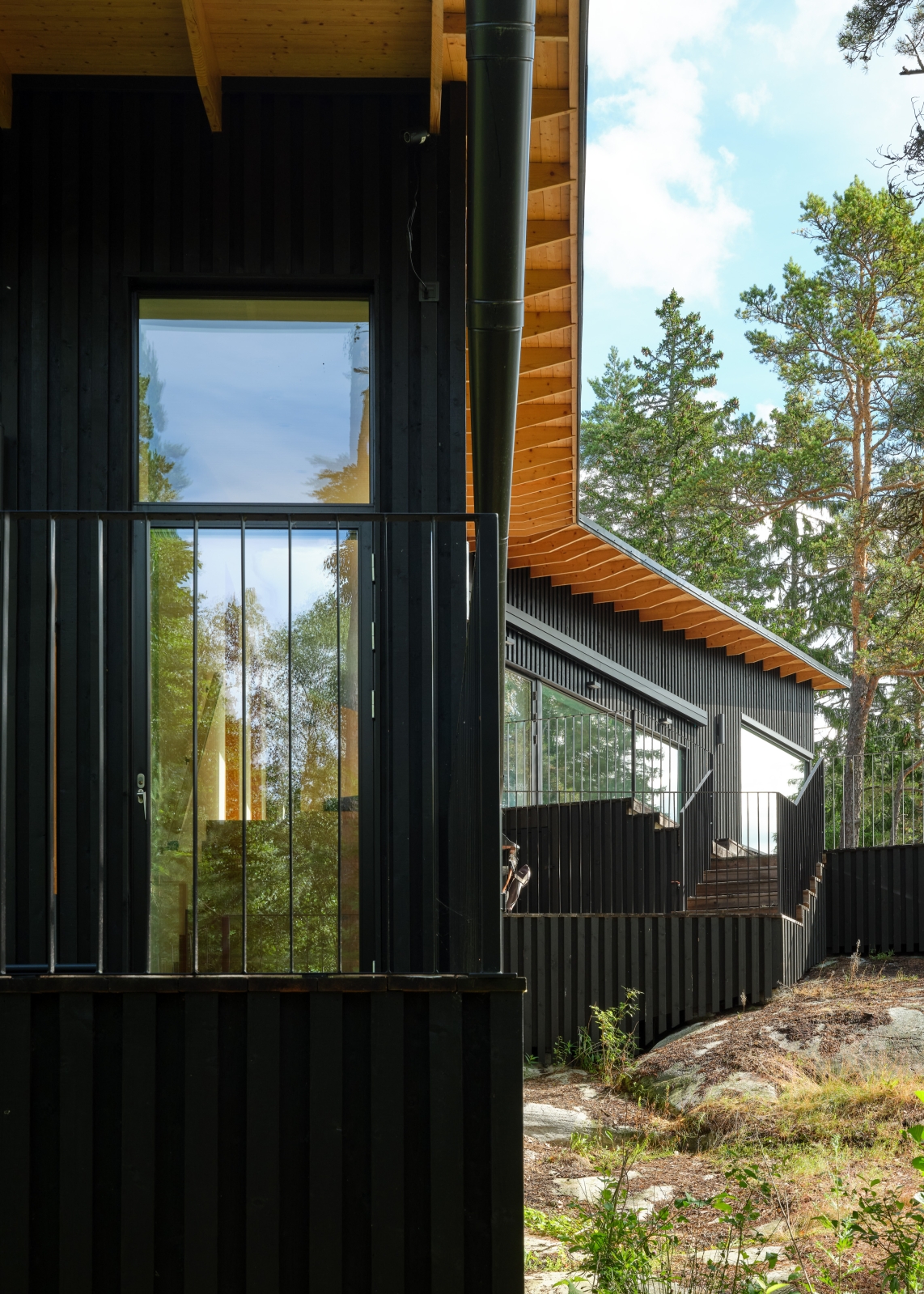 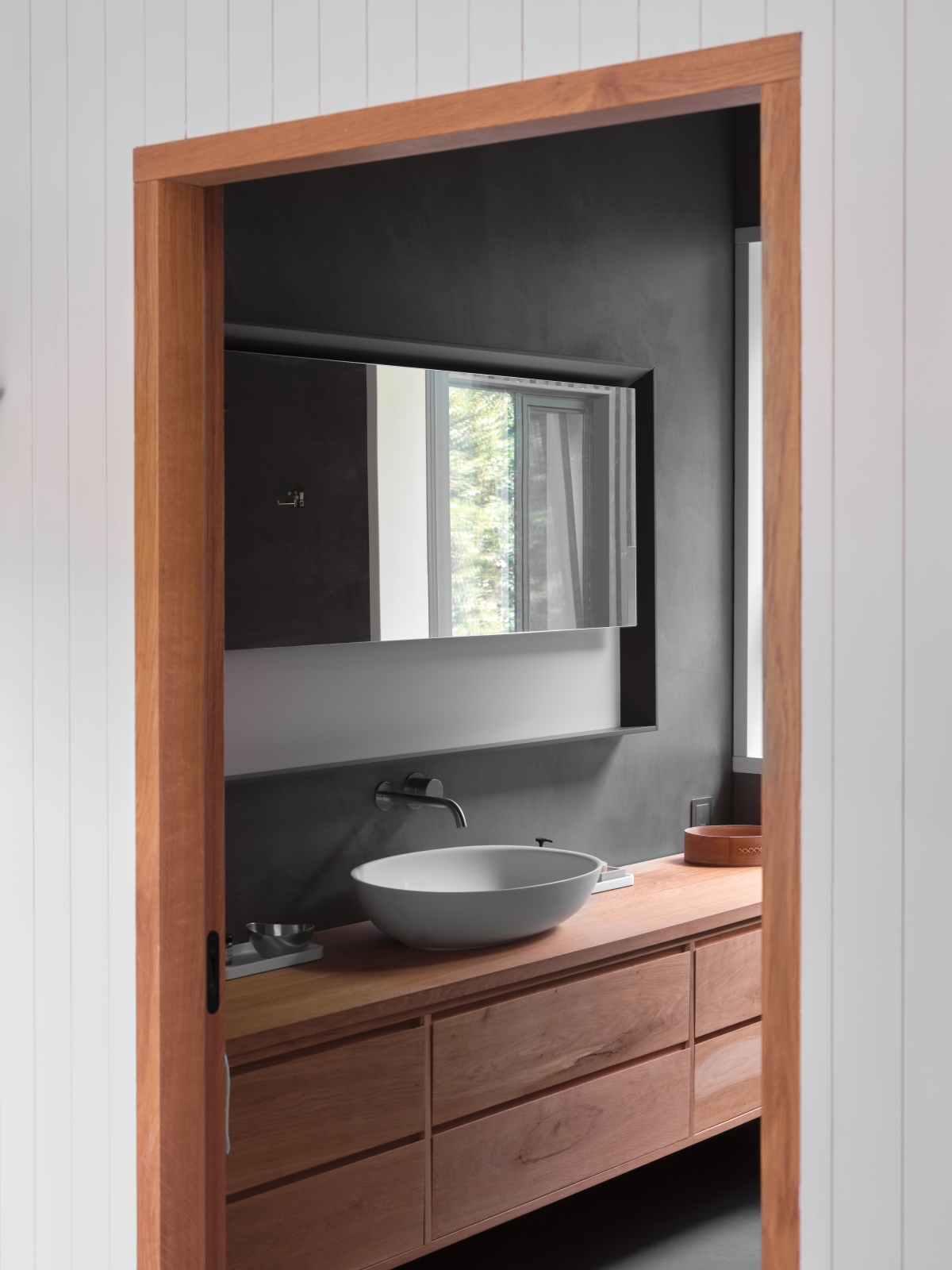 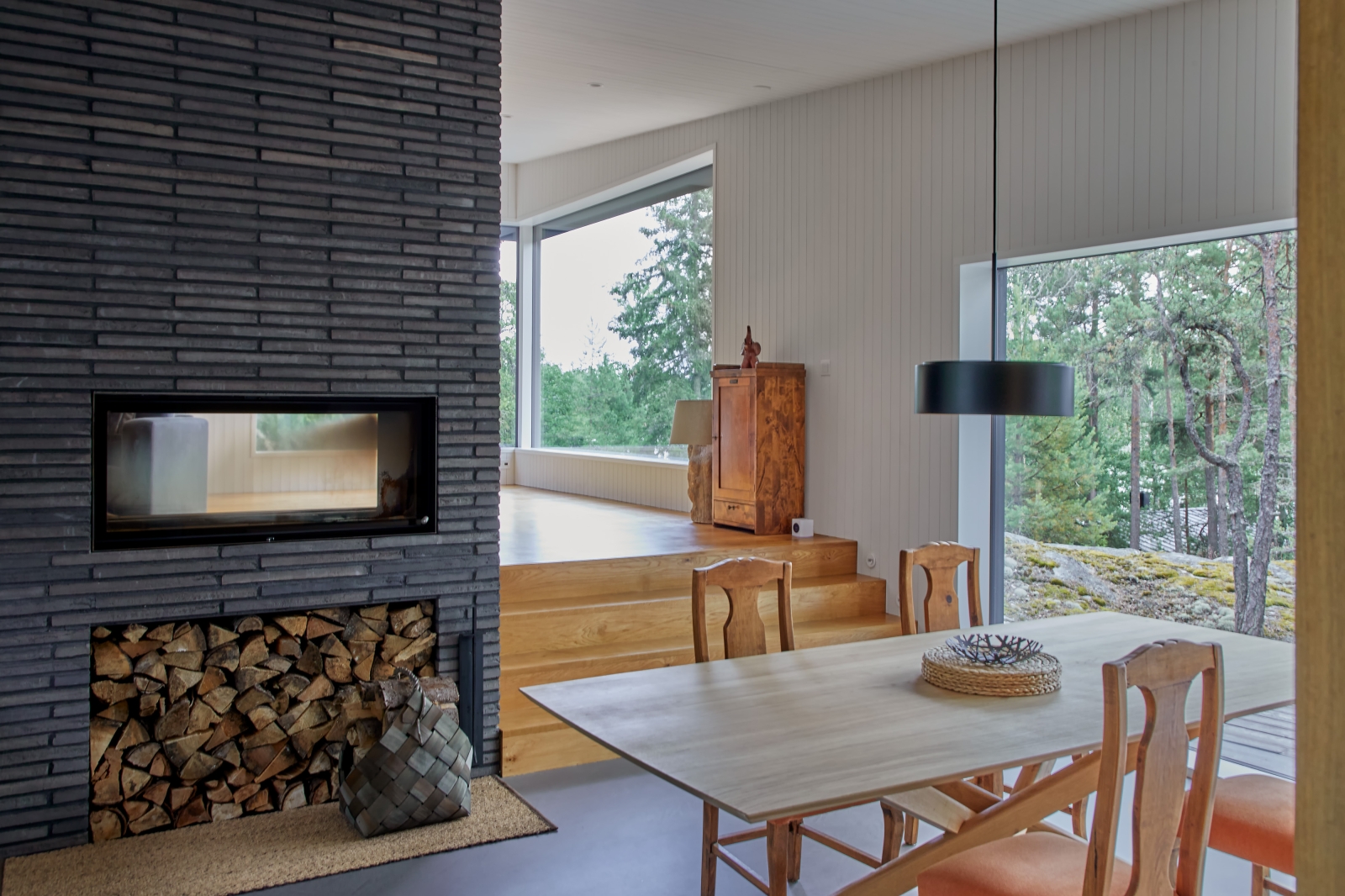 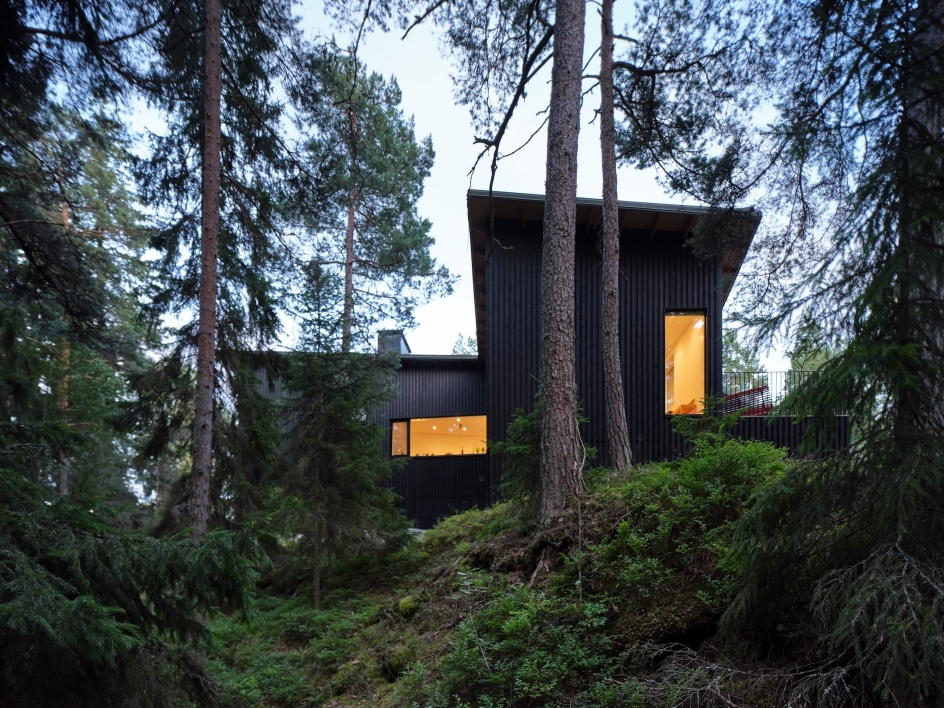 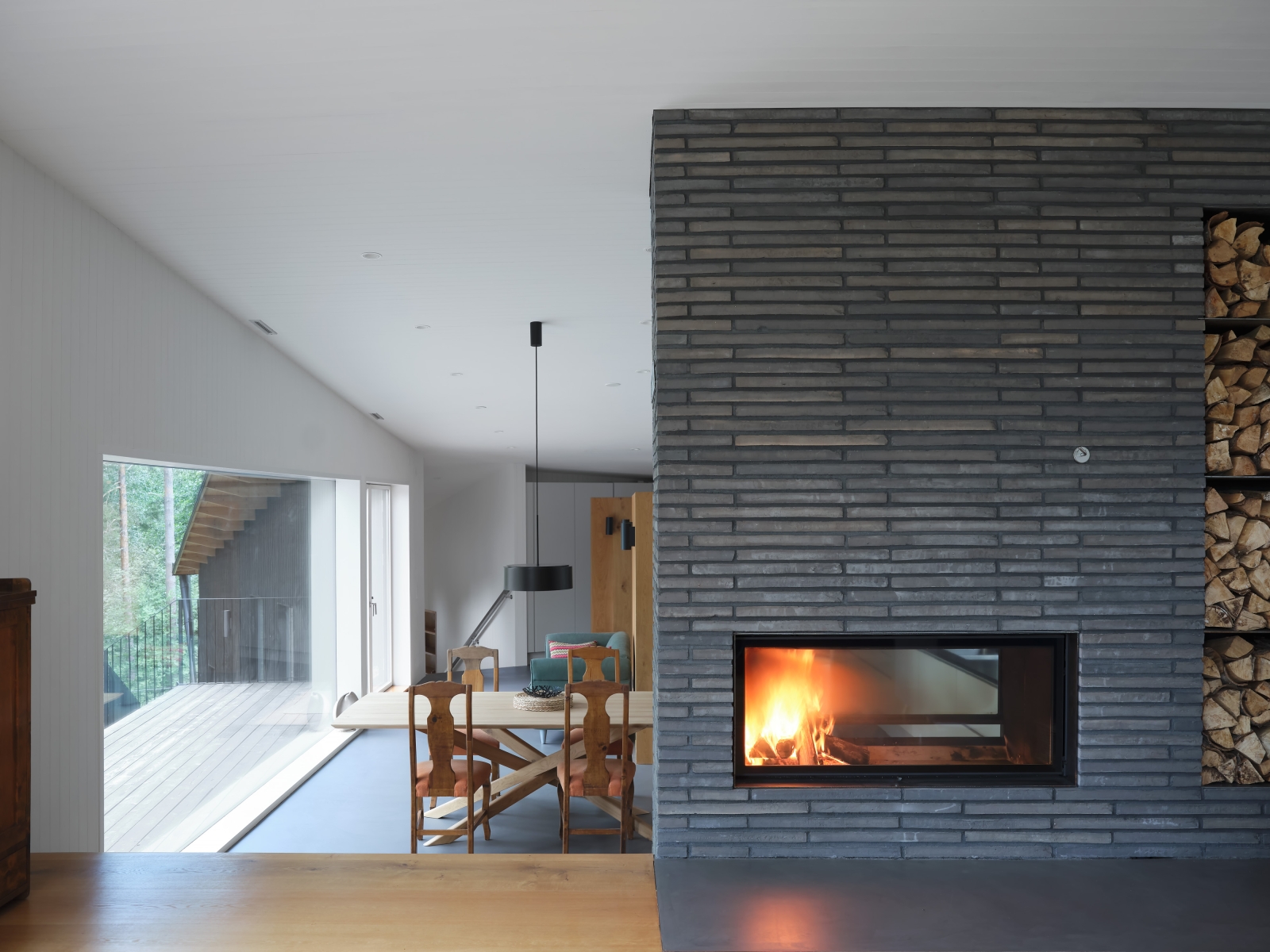 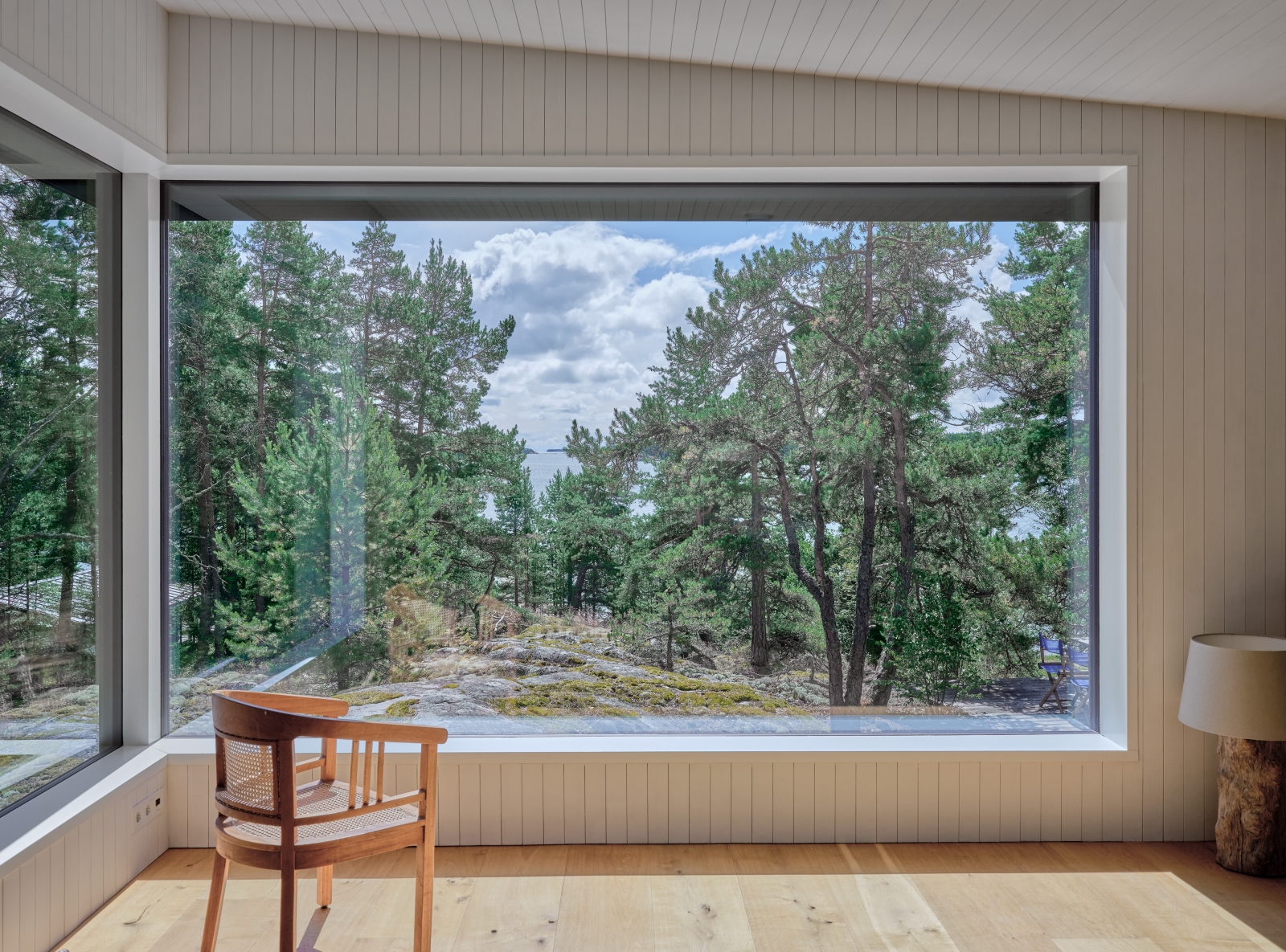 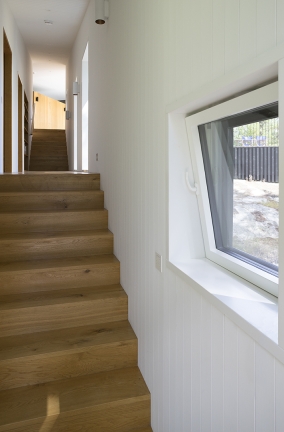 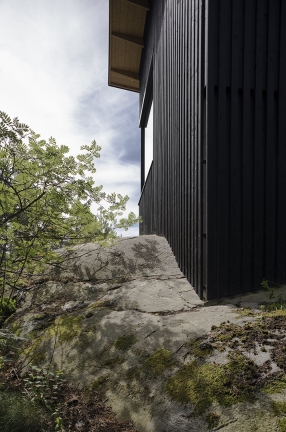 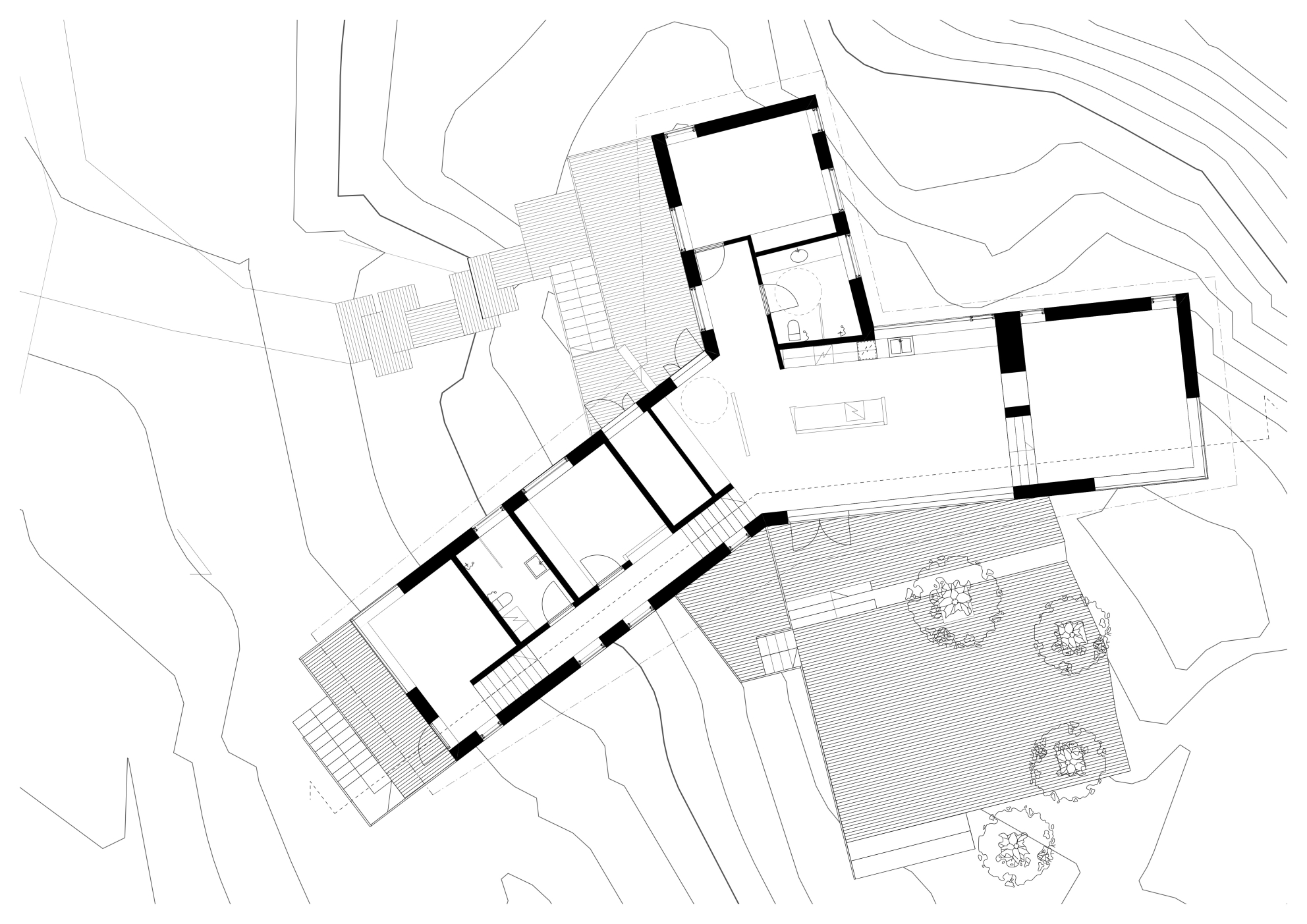 Villa Sjöviken is a one-family house on the Kemiö island in Southern Finland. The steep site inspired to design a building on several levels adjusted to the fragile archipelago nature.

The site is approached through the forest and the sea view is experienced only after entering the house. The heart of the house is the see-through fireplace, surrounded by an open kitchen, dining and living area. From the core of the building there are views to four directions. The bedroom, bath and study rooms are located more privately in their own wings, with their own framed views and soundscapes. The building has only one “floor” with over four meters from the lowest floor level to the highest. This creates a strong bodily experience when moving through the spaces.

The wooden building has been crafted to sit in the topography with the façade cladding adjusted to follow the rock surface. The interior has a limited, calm material palette and views to the surrounding nature in the main focus.

Bio Jenni Reuter (b. 1972) is Associate Professor in Architectural Principles and Theory at Aalto University in Helsinki, Finland.

She also works as a practising architect, both in her own office and together with architects Saija Hollmén and Helena Sandman. Their works have been honoured with both national and international awards and have been published and exhibited widely, among others at the Venice Art biennale and the Venice Architecture biennale several times.