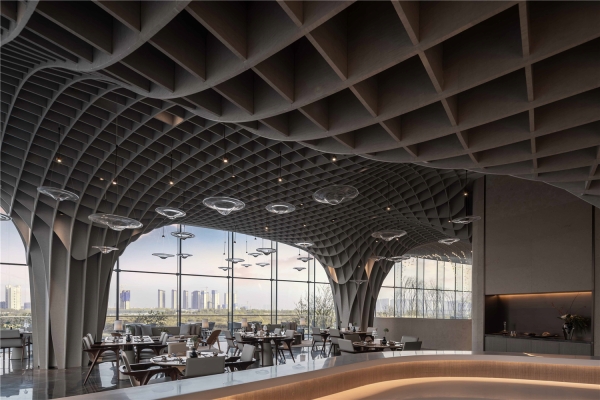 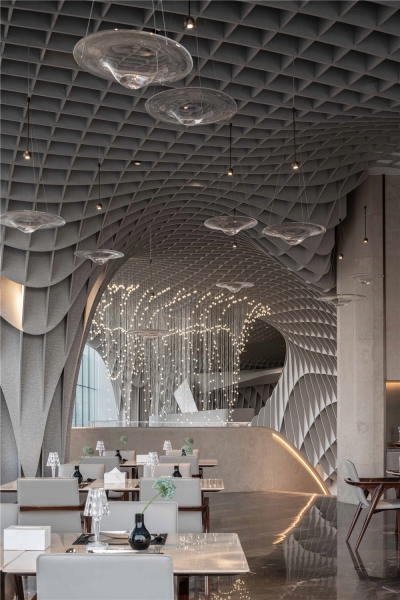 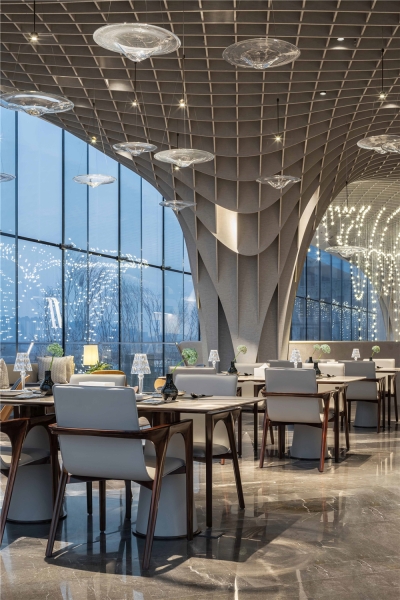 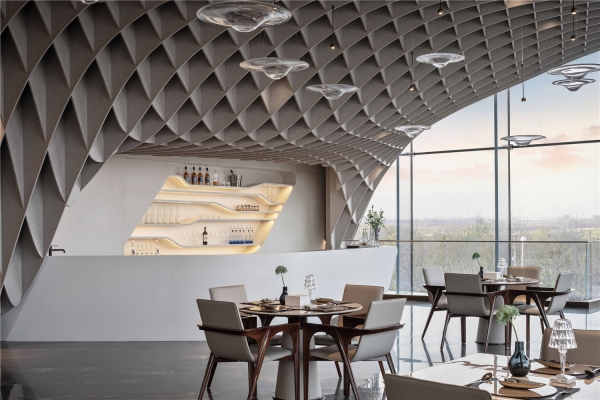 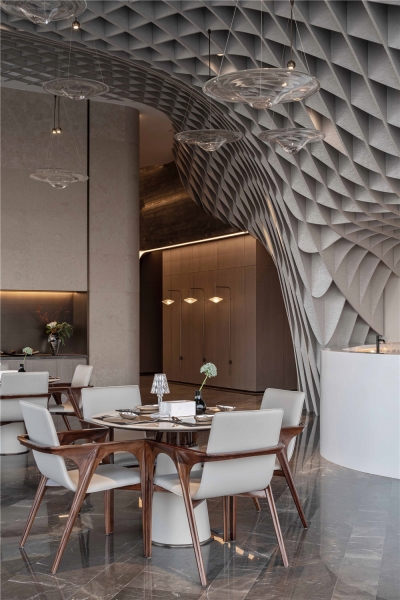 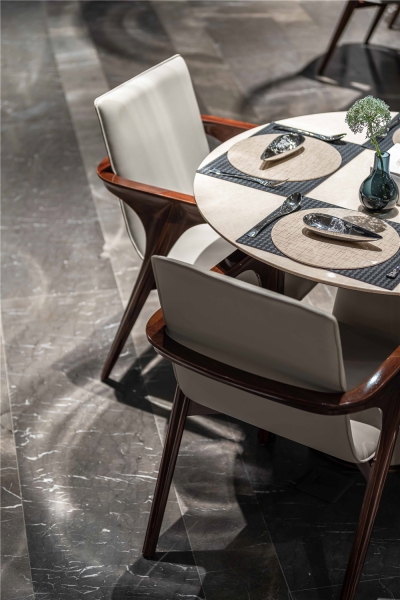 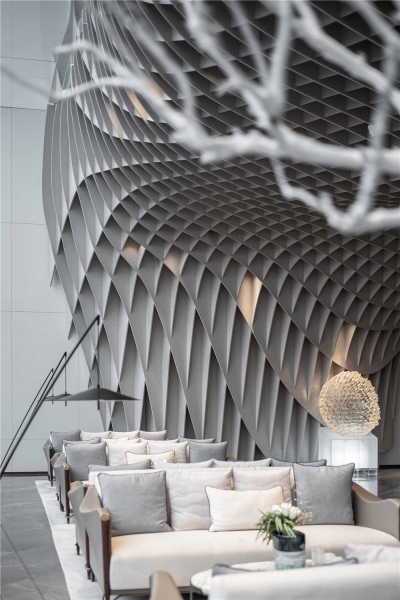 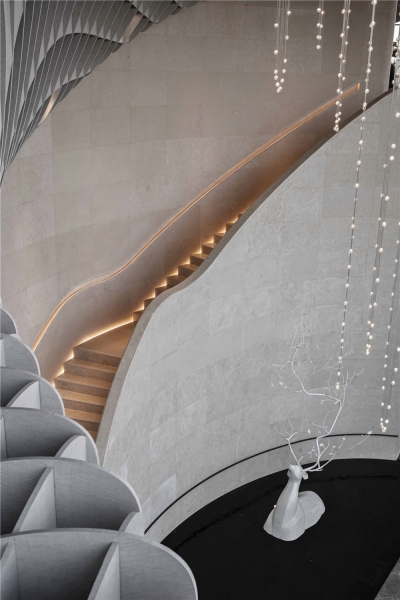 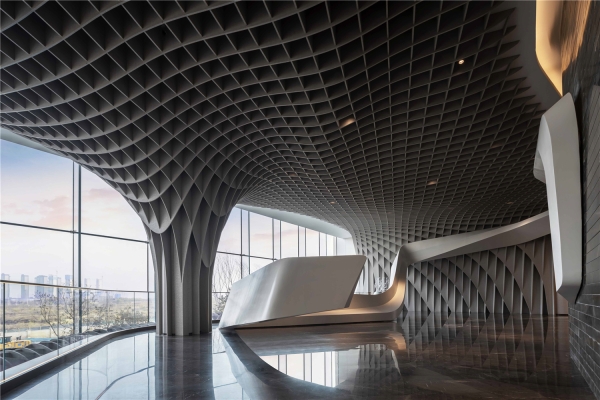 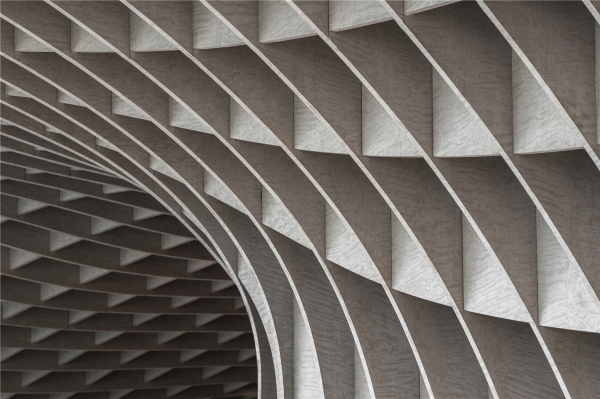 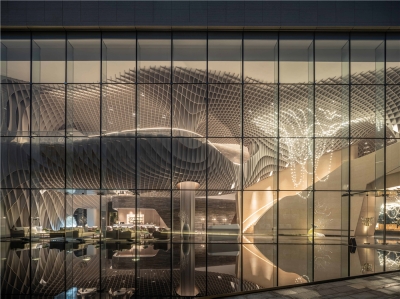 The project is located in Xi'an, close to Wetland Park in the south. This mixed multi-function space is divided into two floors, the first floor is cafe, the second floor as the restaurant and art gallery space.We wanted to create a mood, a restaurant in the forest. It allows people to take a break from their daily lives and enter a relaxed environment.

The grid system of indoor ceiling takes the intertwined canopy in the forest as the intention, abstracts the canopy group images in the forest into a tensile architectural structure. We use the mortise and tenon joint technique to connect everything together. Mortise and tenon joint is a common used skill in Chinese traditional architecture, drew inspiration from the crystallization of the wisdom of our ancestors, it creates a visual art effect for space creation as well as completes the interpretation of traditional culture.

The biggest challenge of this project is the construction of continuous curved surface of ceiling grid. Through the three-dimensional design in the early stage, we selected the aluminum plate for machine cutting in the factory, and finally, went to the construction site for installation and splicing.