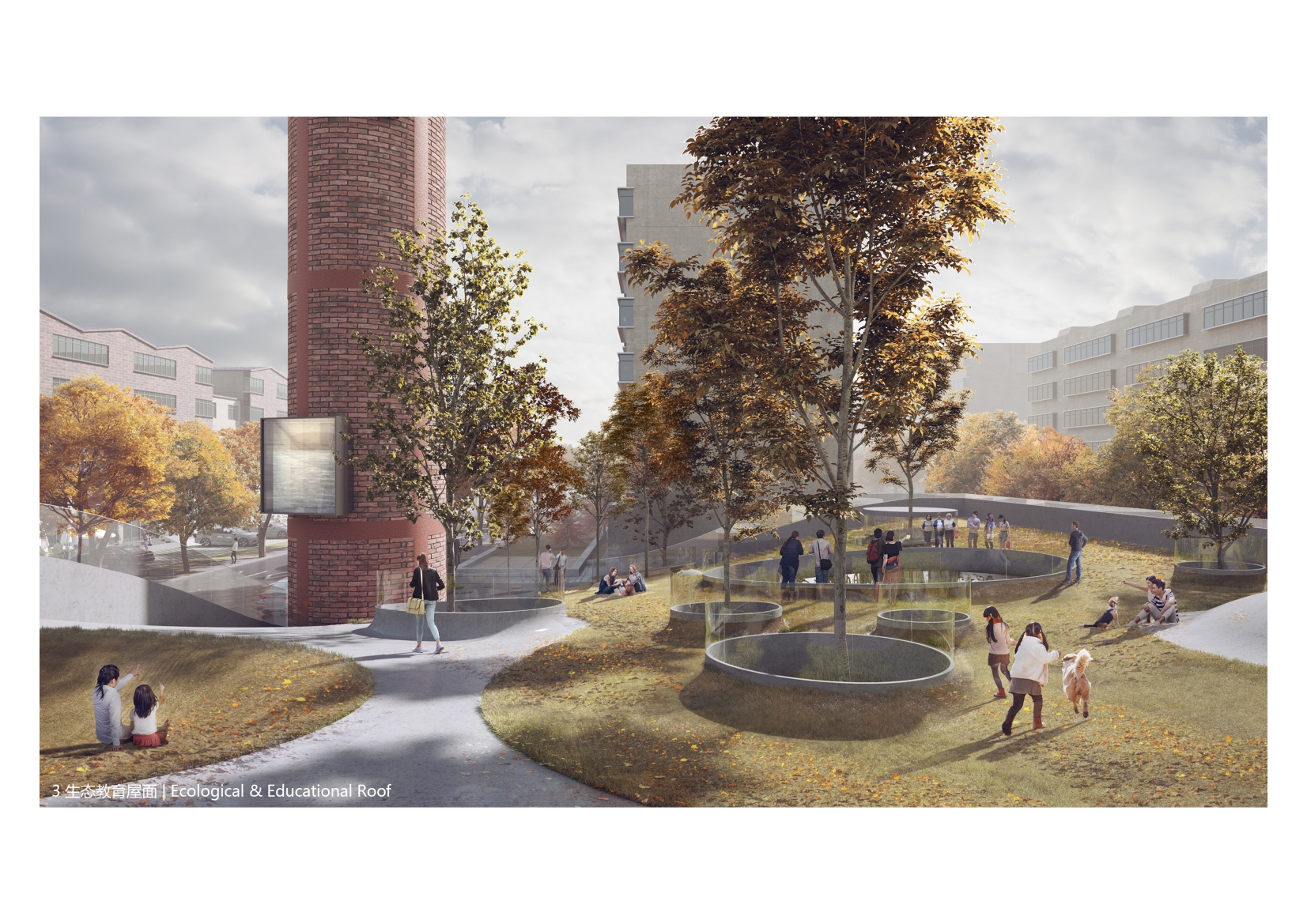 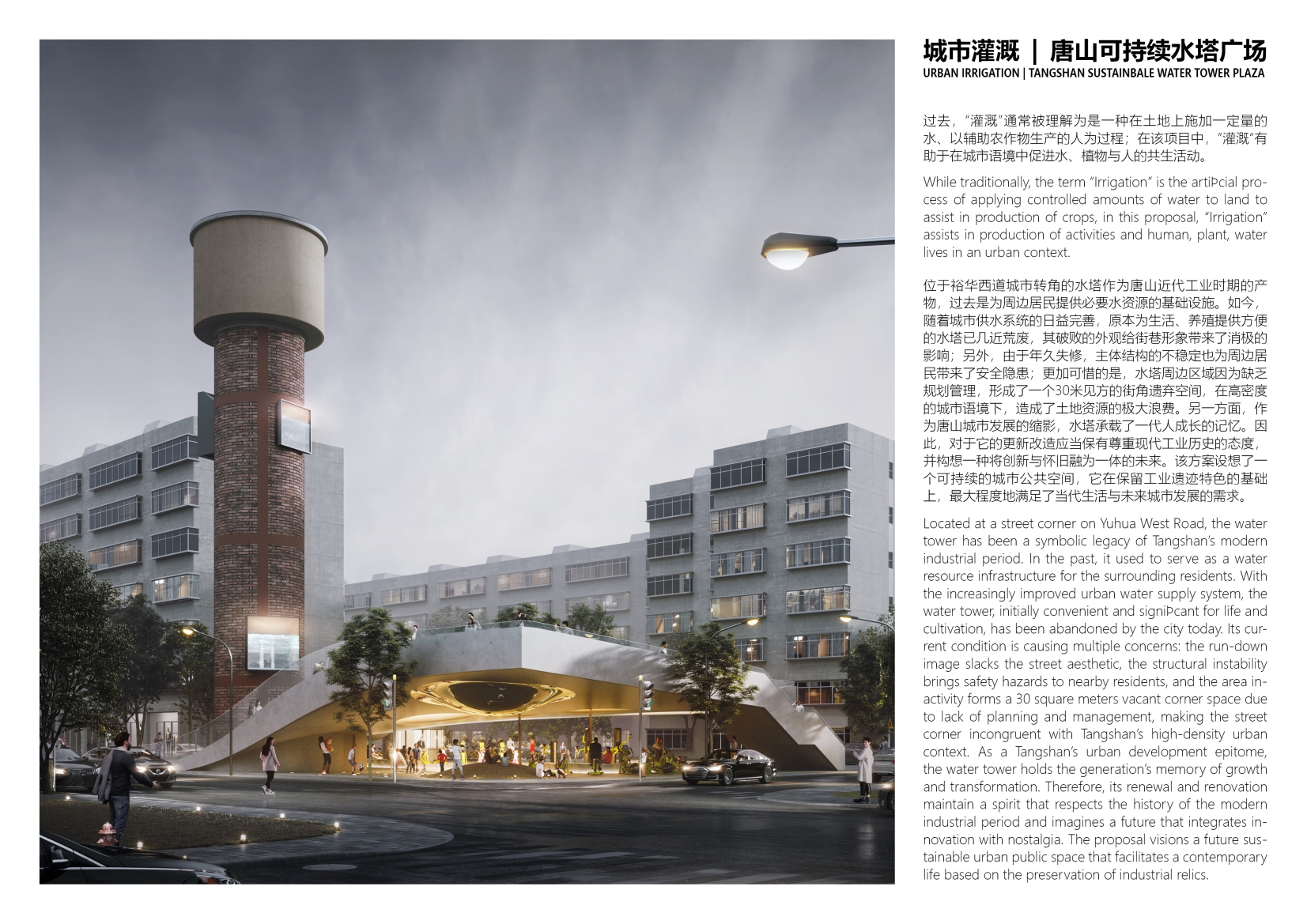 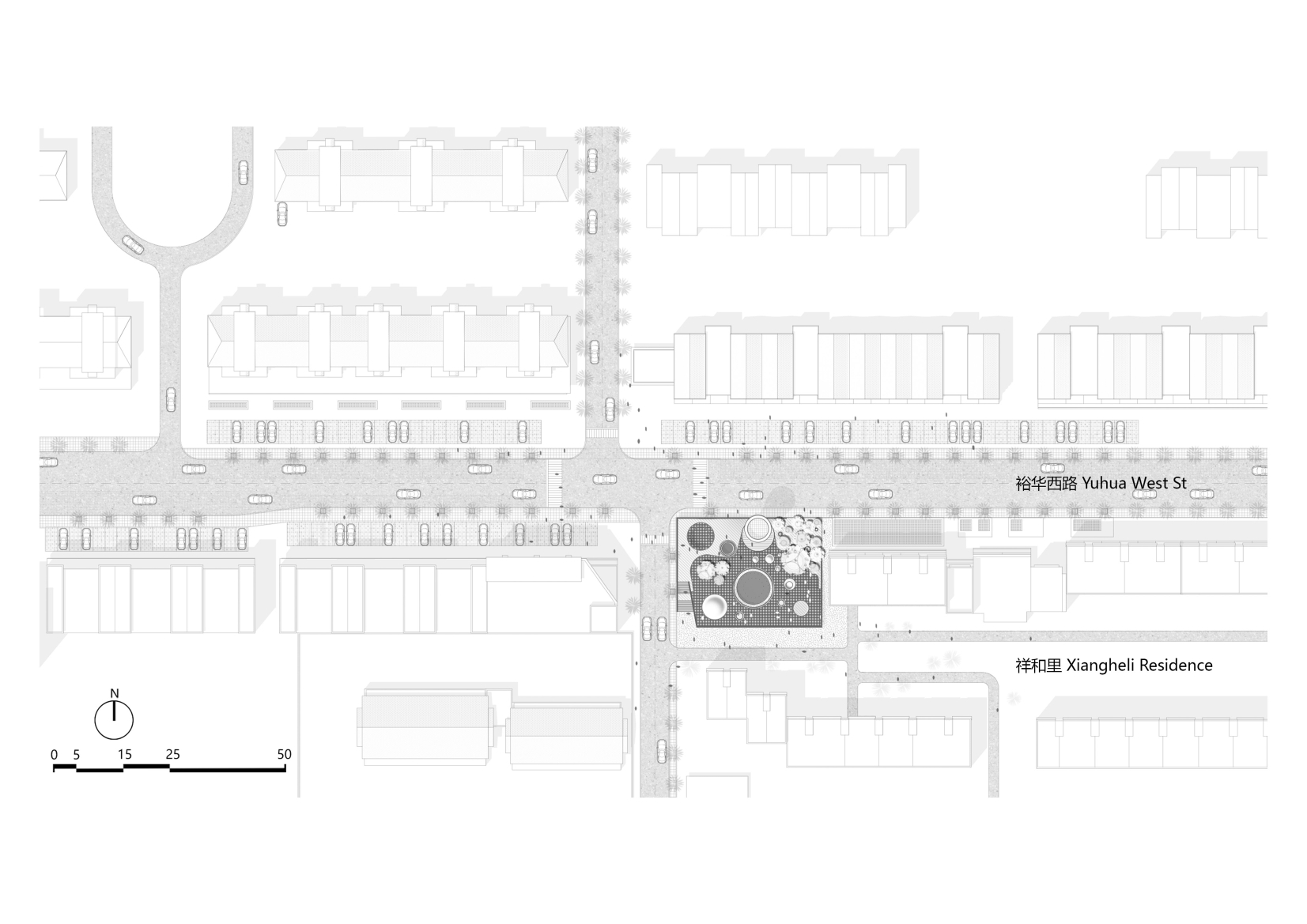 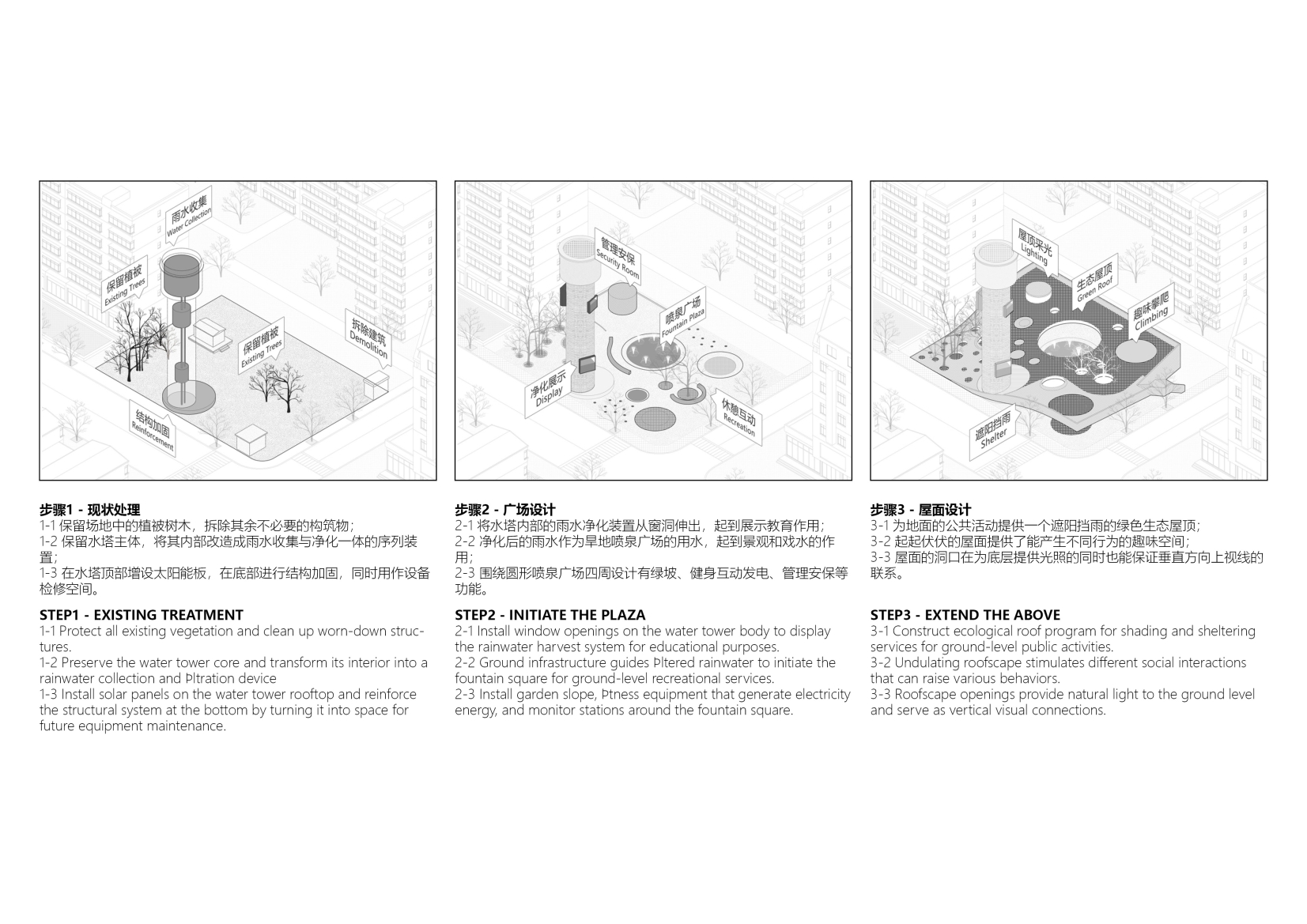 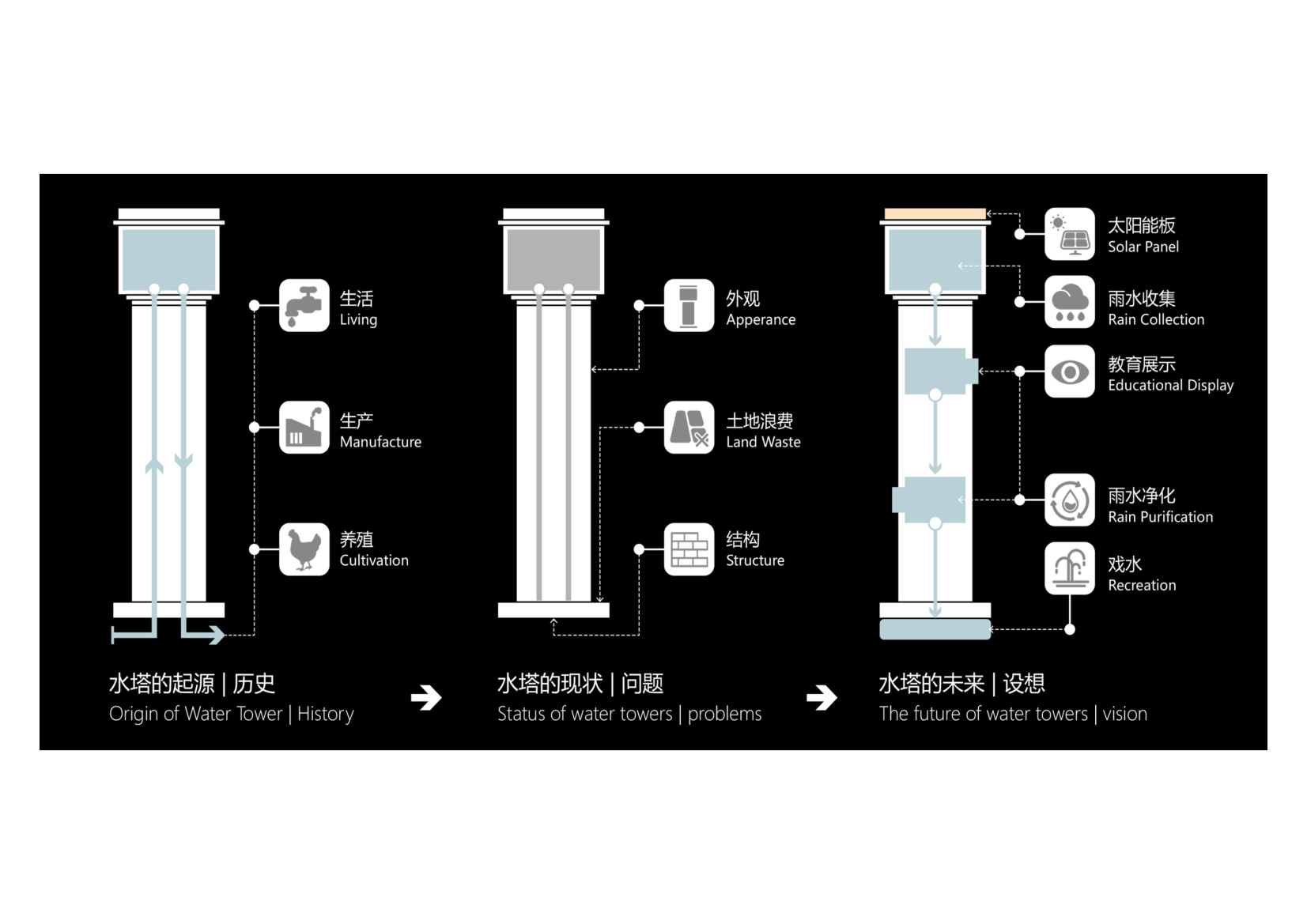 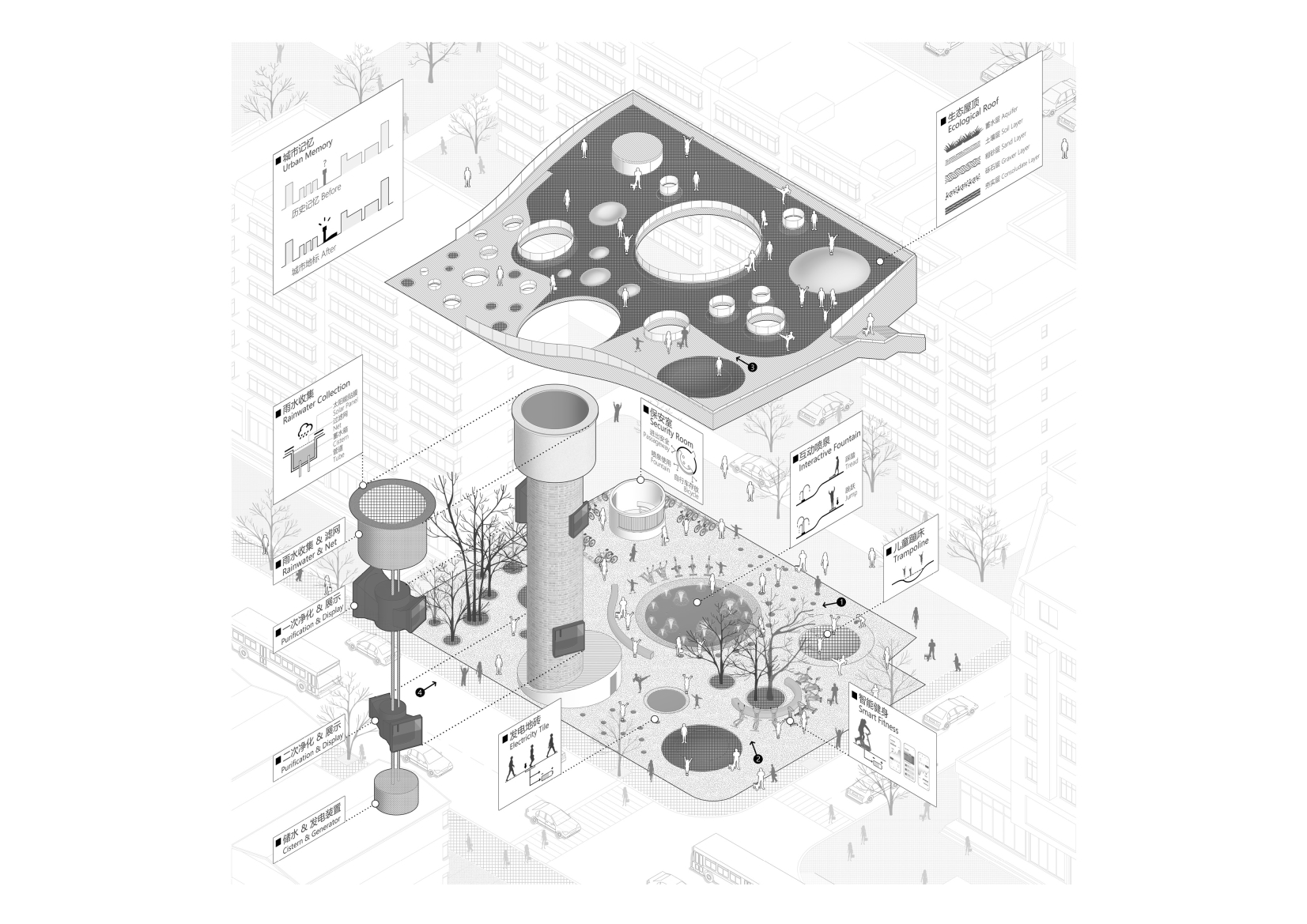 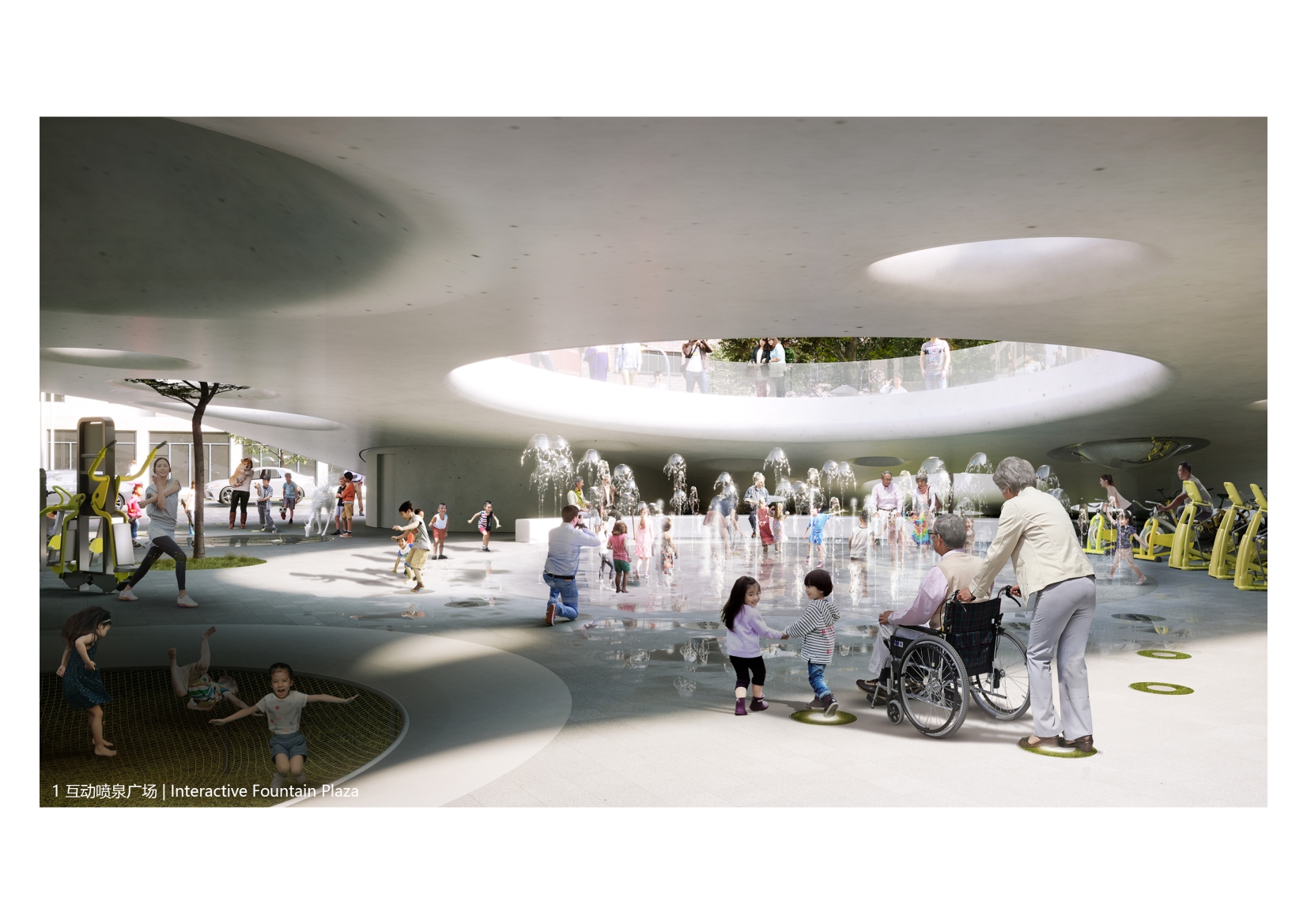 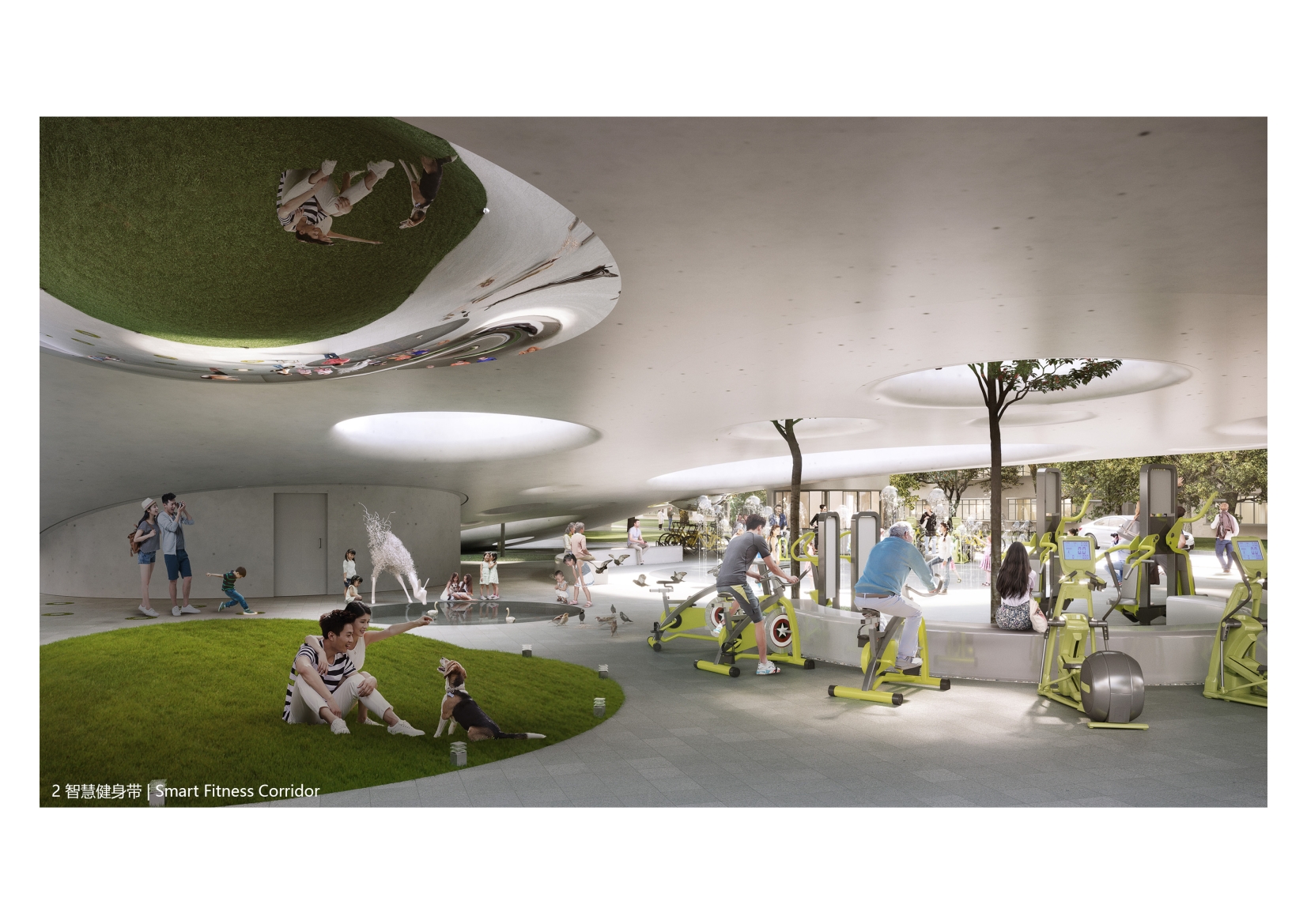 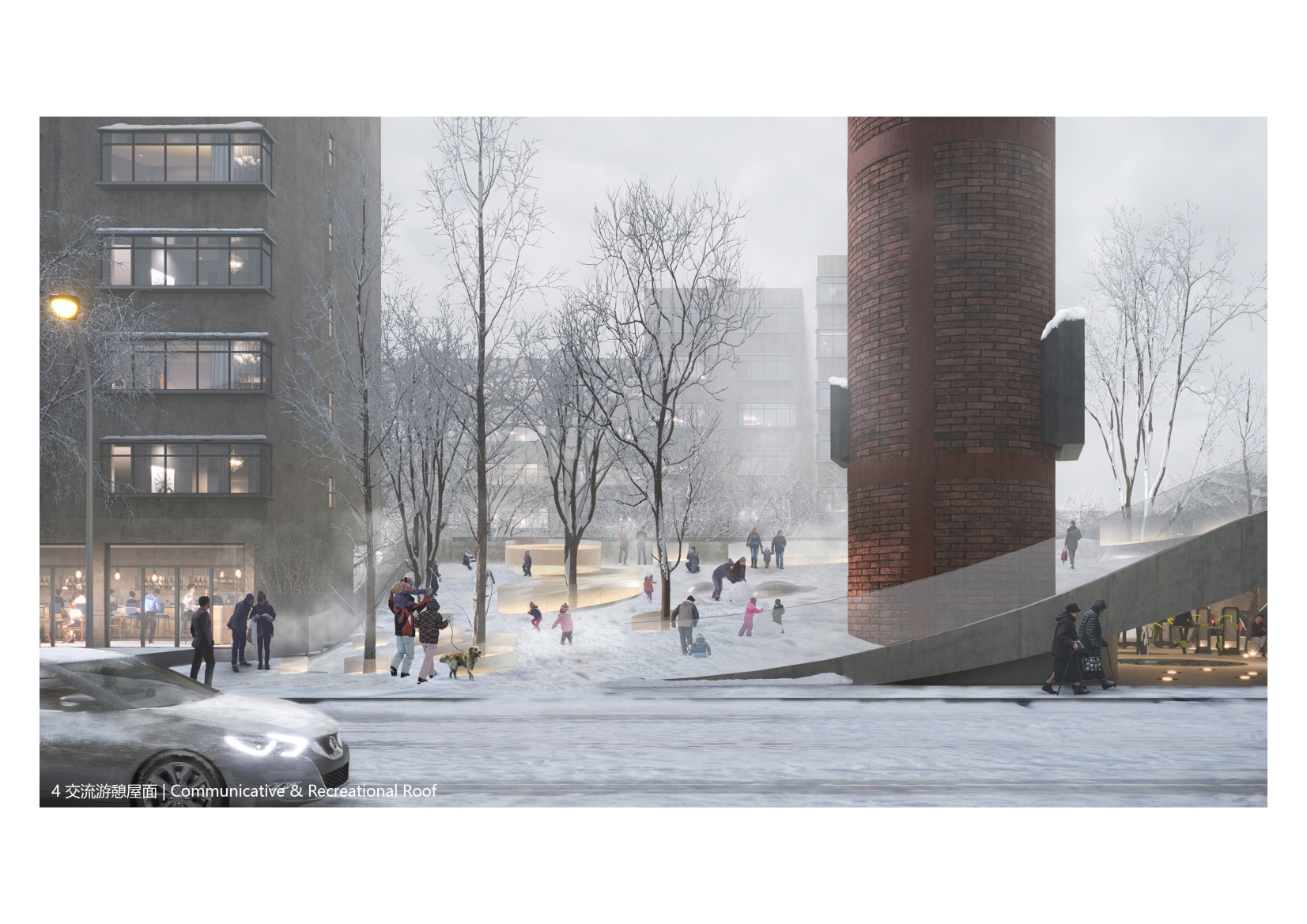 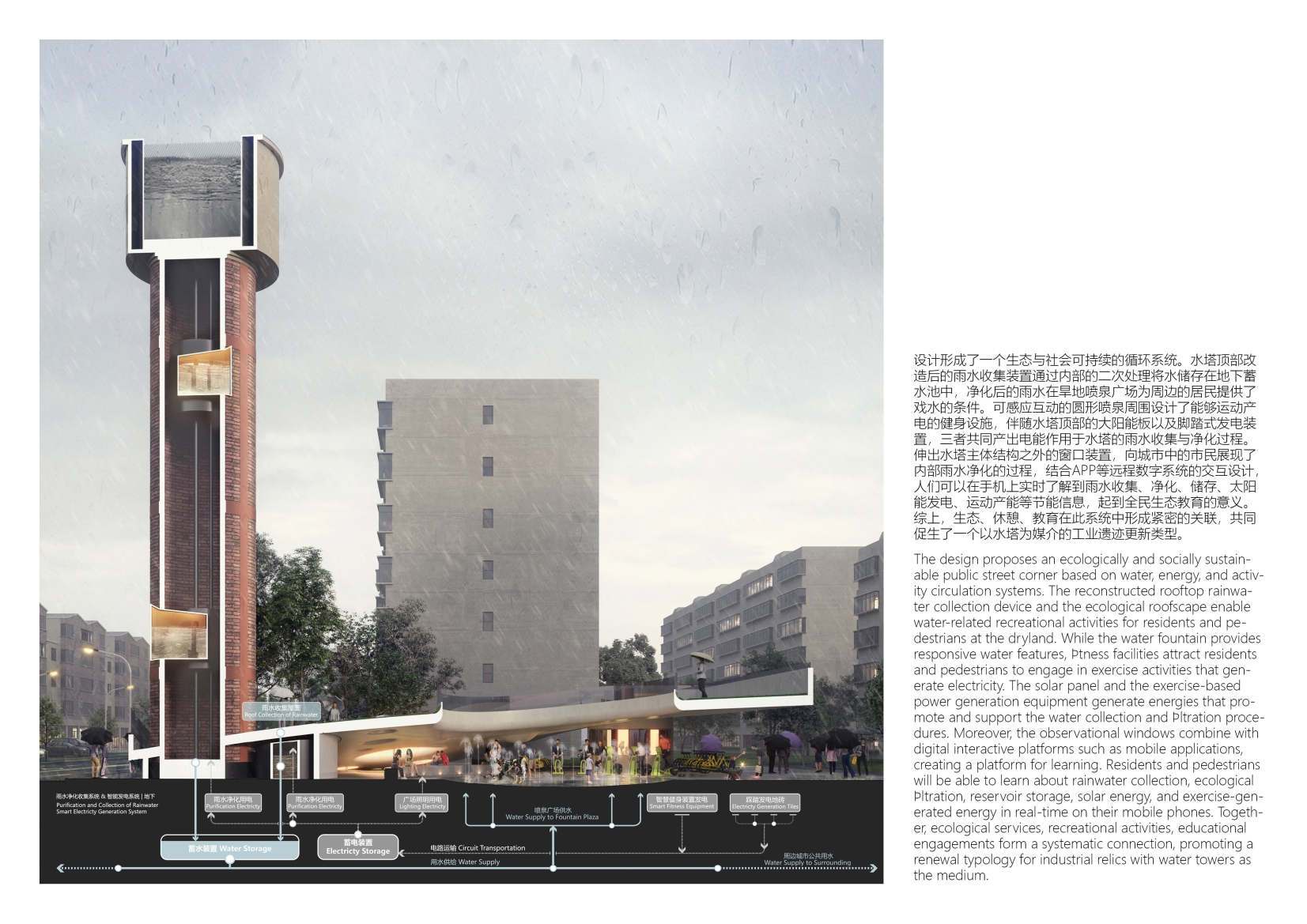 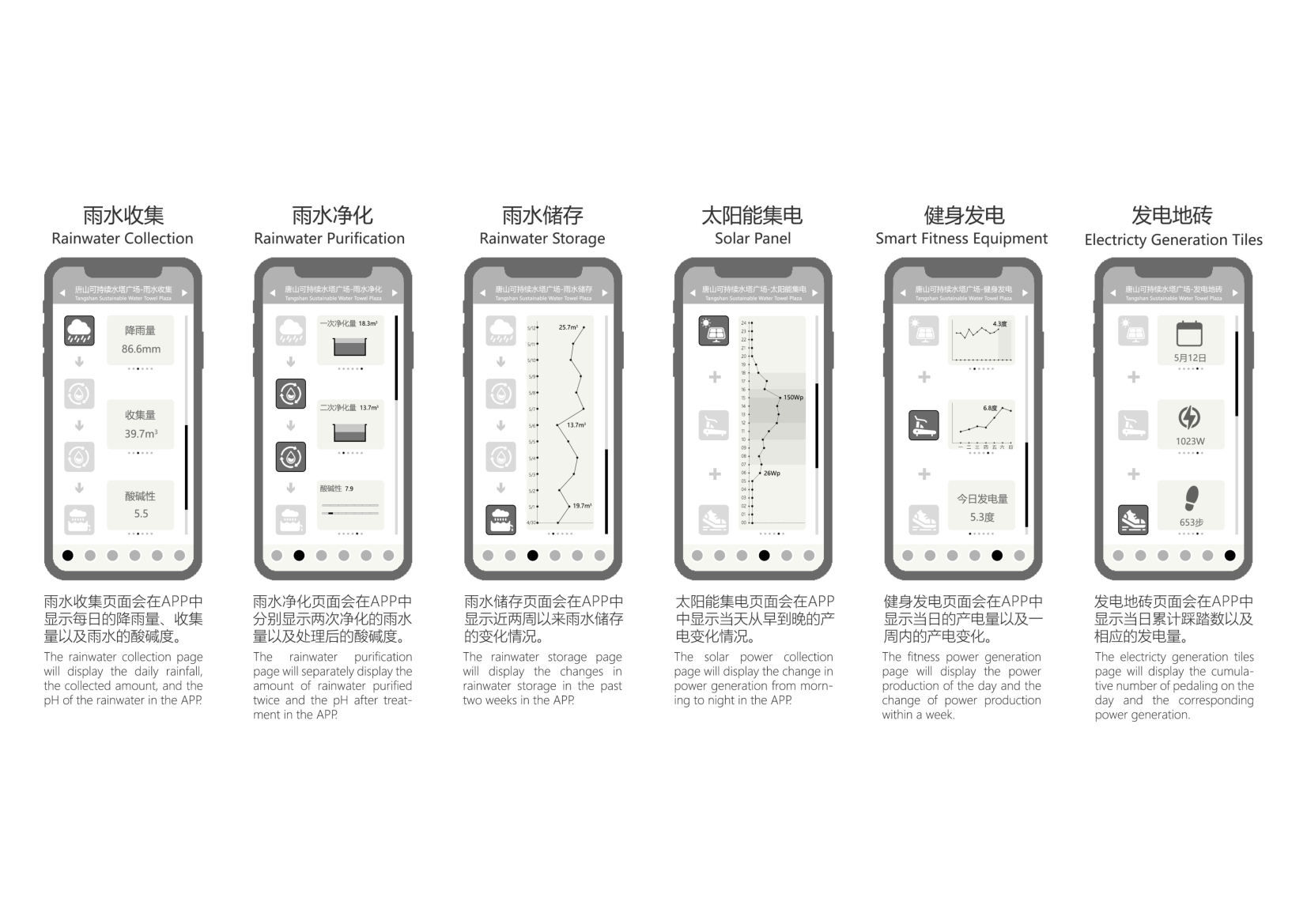 While traditionally, the term "Irrigation" is the artificial process of applying controlled amounts of water to land to assist in production of crops, in this proposal, "Irrigation" assists in production of activities and human, plant, water lives in an urban context. Located at a street corner on Yuhua West Road, the water tower has been a symbolic legacy of Tangshan's modern industrial period. In the past, it used to serve as a water resource infrastructure for the surrounding residents. With the increasingly improved urban water supply system, the water tower, initially convenient and significant for life and cultivation, has been abandoned by the city today, causing multiple urban concerns.

Urban Irrigation visions a future sustainable urban public space that facilitates a contemporary life based on the preservation of industrial relics. It maintain a spirit that respects the history of the modern industrial period and imagines a future that integrates innovation with nostalgia. Together, ecological services, recreational activities, educational engagements form a systematic connection, promoting a renewal typology for industrial relics with water towers as the medium.


Bio Xudong Zhu is an architect and urban designer, just graduated from Harvard GSD MAUD in 2022, where he won the third prize of 2022 Plimpton-Poorvu Design Prize. Before GSD, He holds Bachelor and Master of Architecture with distinction from Tongji University where he received the highest design honor. During his graduate period, he had an one year double degree program with Politecnico Di Milano.

During his study at Harvard, Xudong co-founded The TEN in Shanghai. As the lead architect, he has led the team to win many well-known design awards at home and abroad in the past few years.