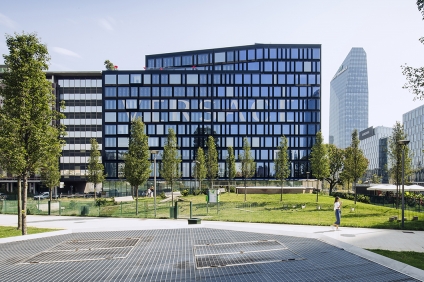 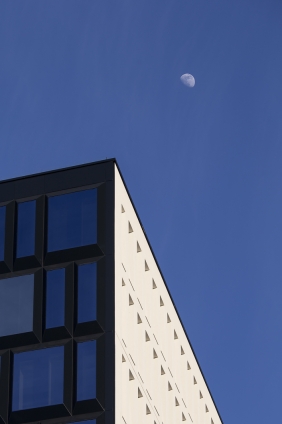 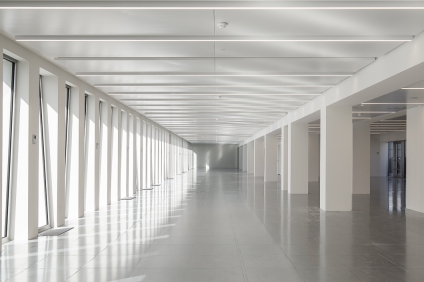 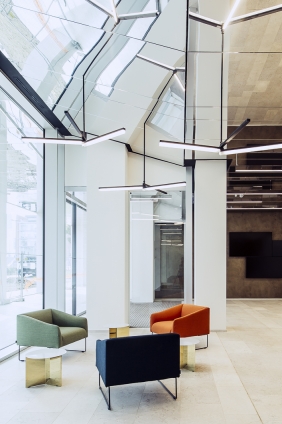 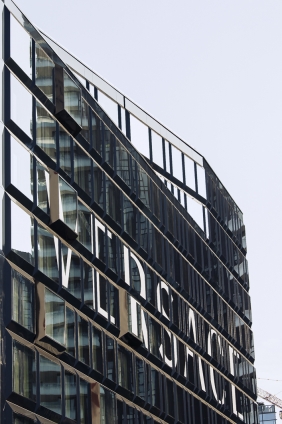 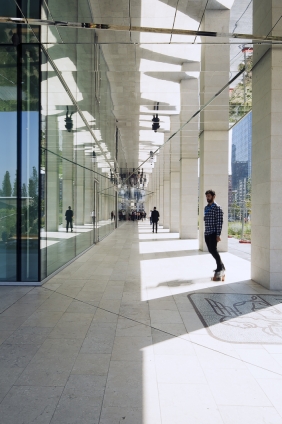 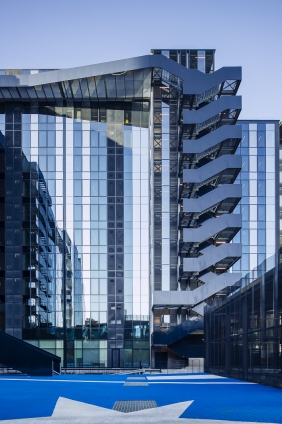 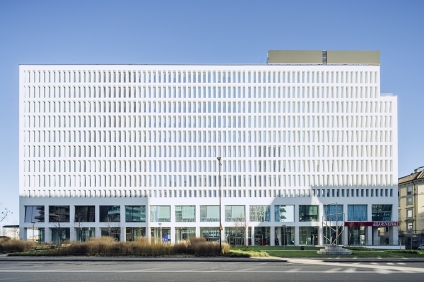 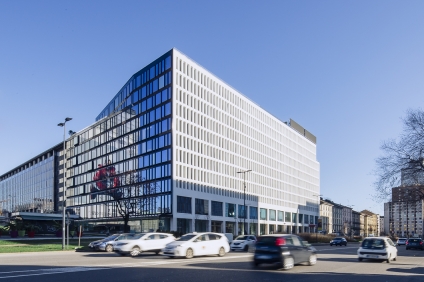 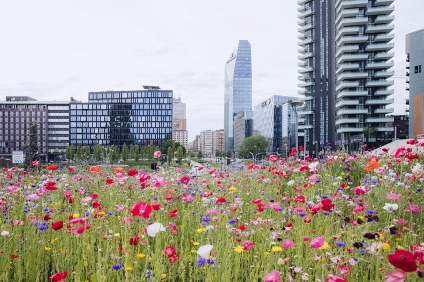 The city was the background and the building was the threshold to enter from the northwest into Milan. The building’s destiny could have been to develop an emulation of the new contemporary language and be part of the whole, thus losing his identity and his role. He chose a more courageous vision, a project that could emphasize his “pre-existence” role. Through the dialog with his new context, he could affirm his precise identity both urban and architectural.
Rhythm, sequence, matter, colour, volume that are now excavated in an obsessive bas-relief, white and infinite, become extruded into a variable series of blue bow windows. The intention was to reinforce the nature of the building constructed with an intense and repetitive structural pattern. The elevation is created as a continuous part of it, indicating simple traces of this "vertical" growth.
The project must be a responsible and visionary act. The Corner dialogues with the light of Milan, with its sky, with its compressed and dilated perspectives, with its new horizons. The project is a perceptive system of reality and the relationship between light and shadow. Today its identity emphasizes the new urban centrality of Milan

Bio Atelier(s) Alfonso Femia is, from 2017, the new name of 5+1AA. Atelier(s) Alfonso Femia develops the project themes in an “atelier” gathering 3 places characteristic of the identity of the three cities, Genoa, Milan and Paris, where a multidisciplinay team makes them live like a unique place for project and thought, feeding on the different particularities and experiences of the three cities. The Atelier focuses on the urban regeneration and the construction of important buildings in the main Italian and Mediterranean cities and develops the right to matter thanks to several collaborations.