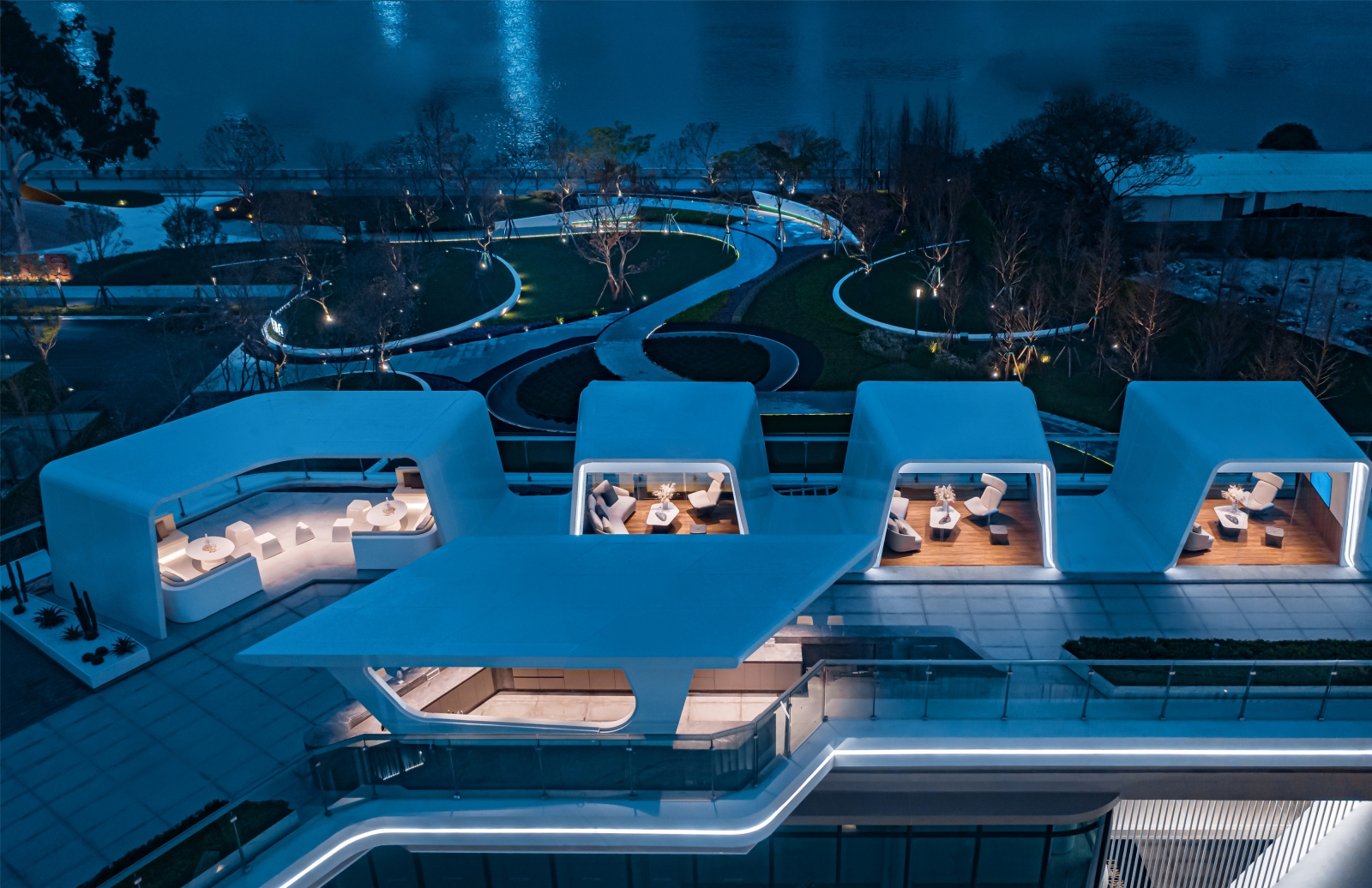 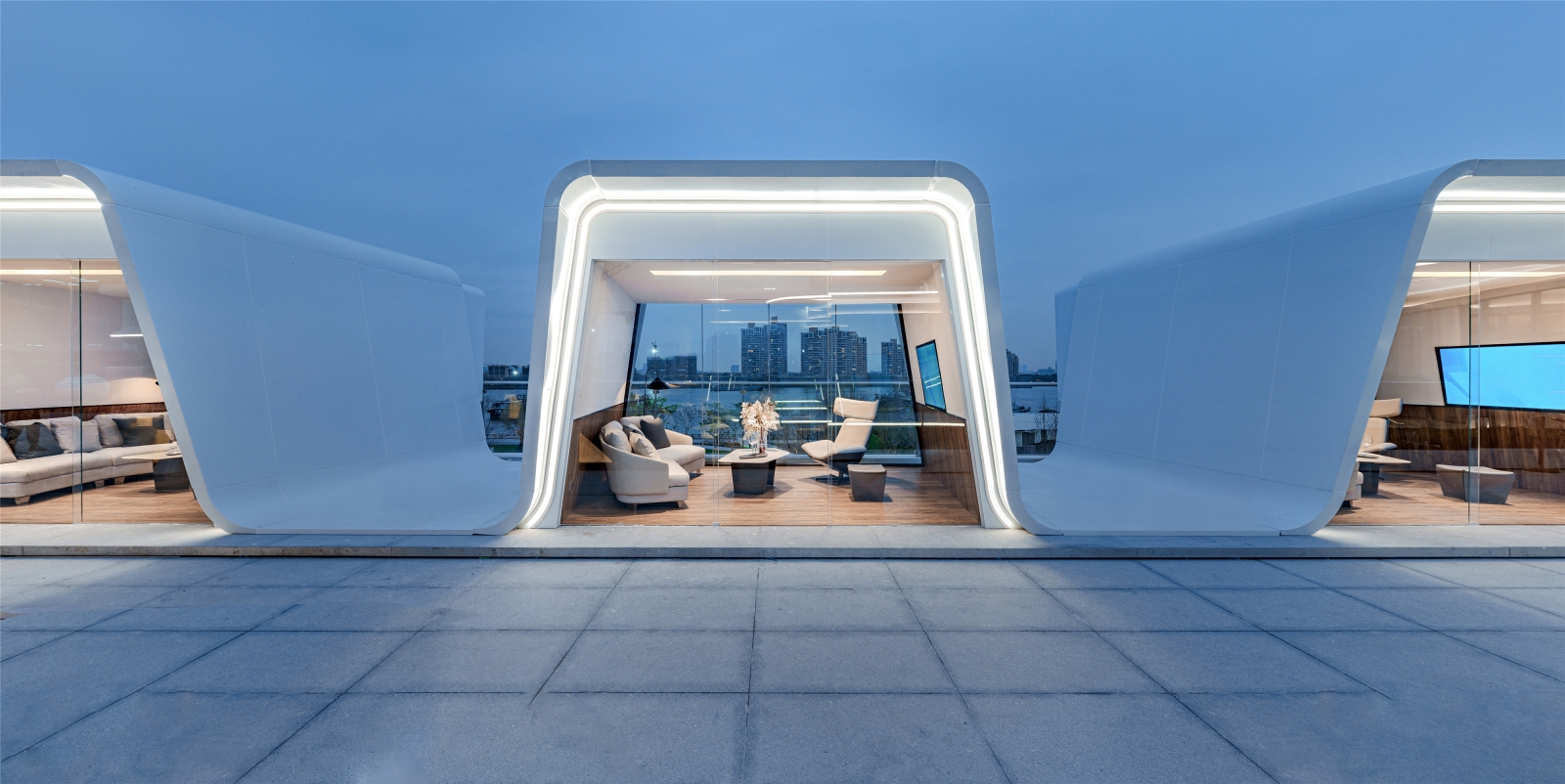 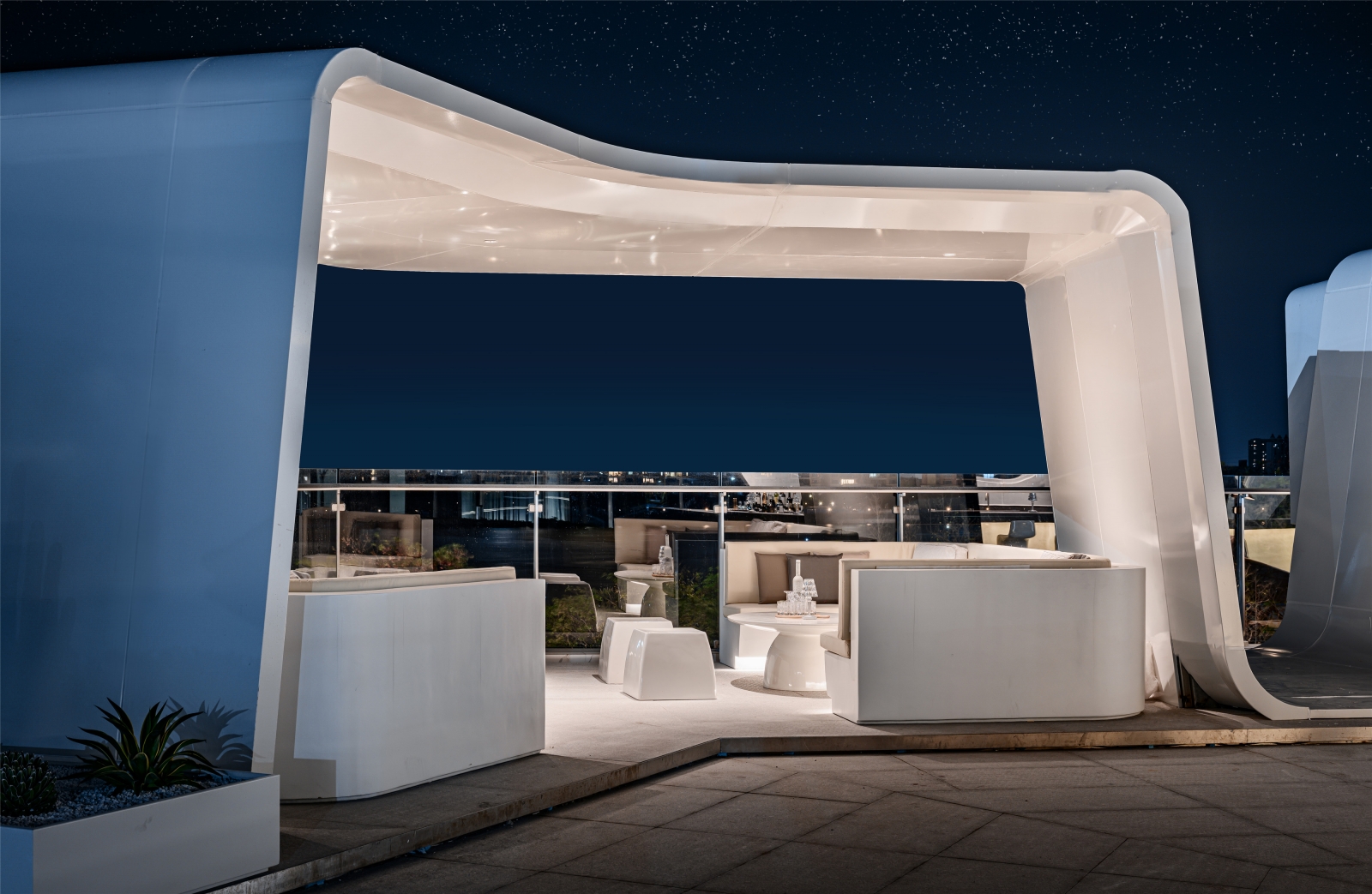 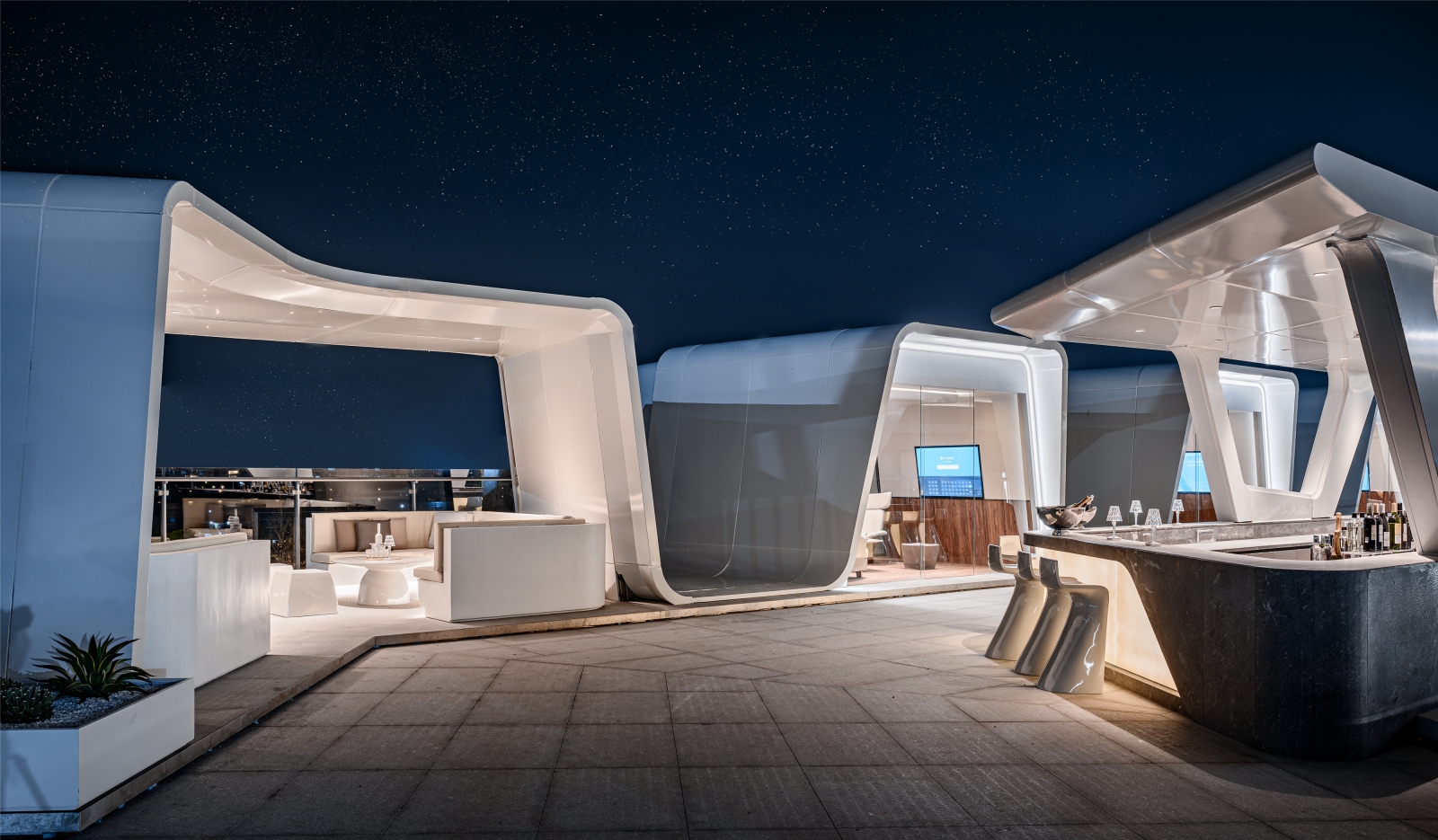 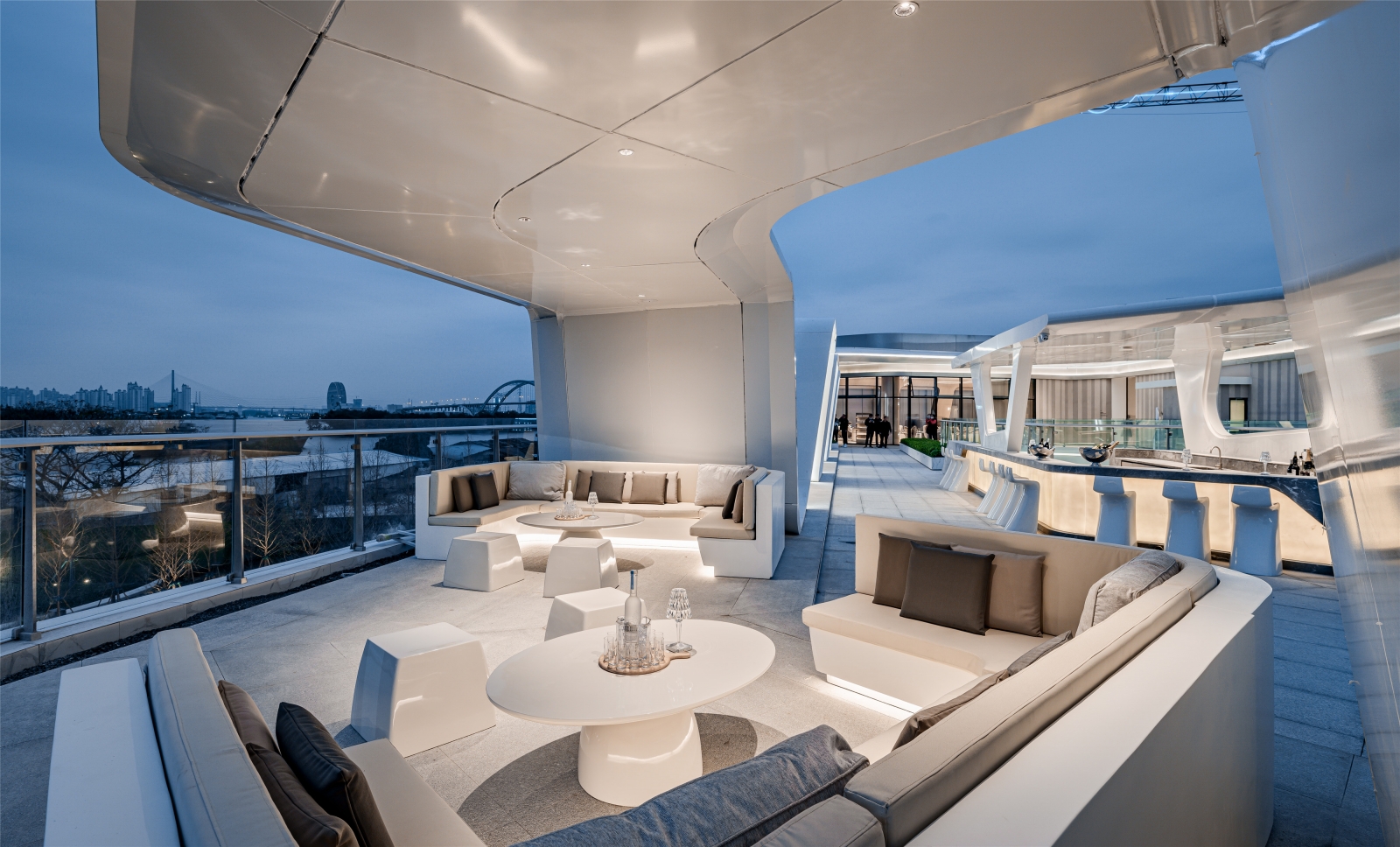 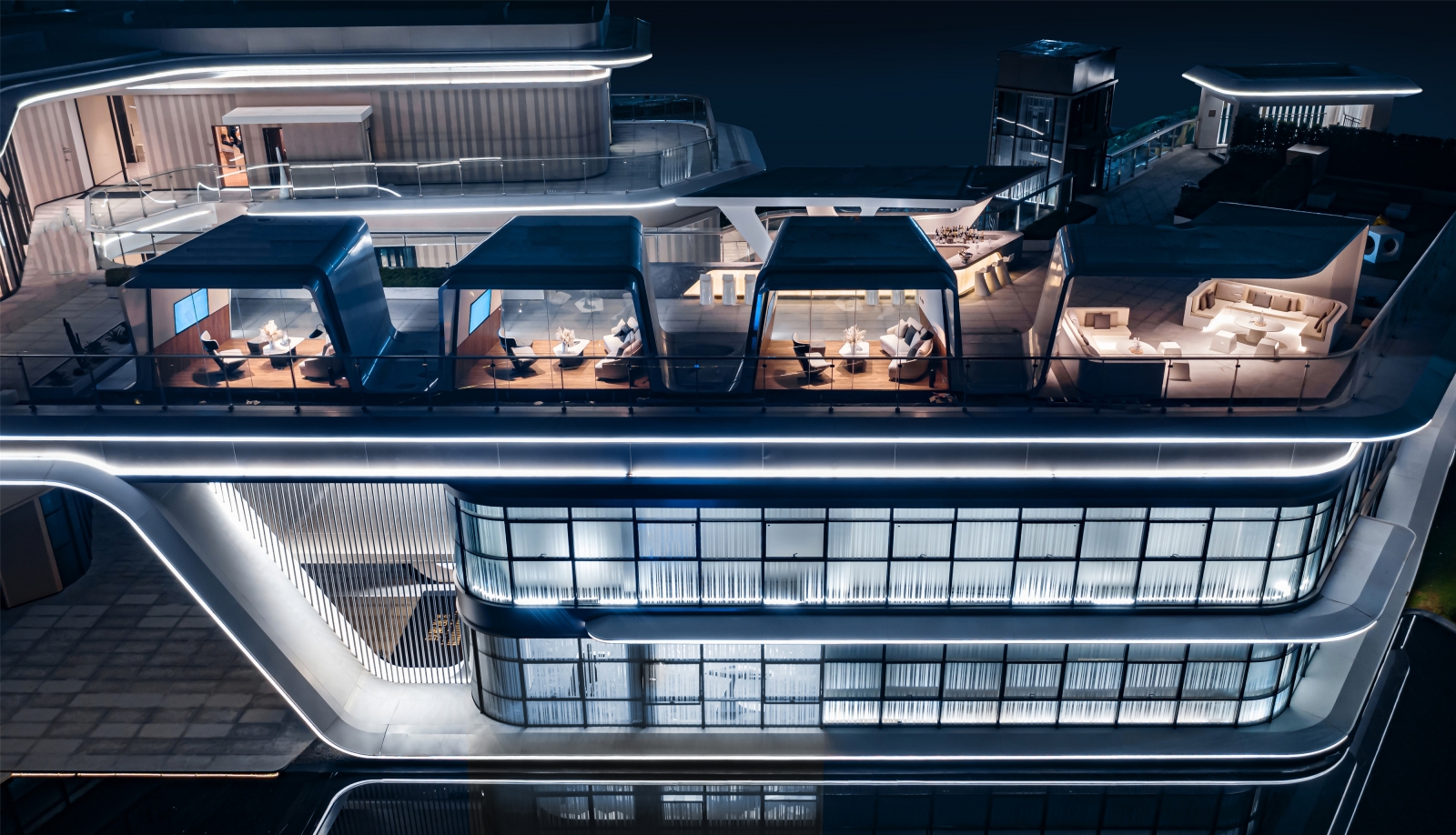 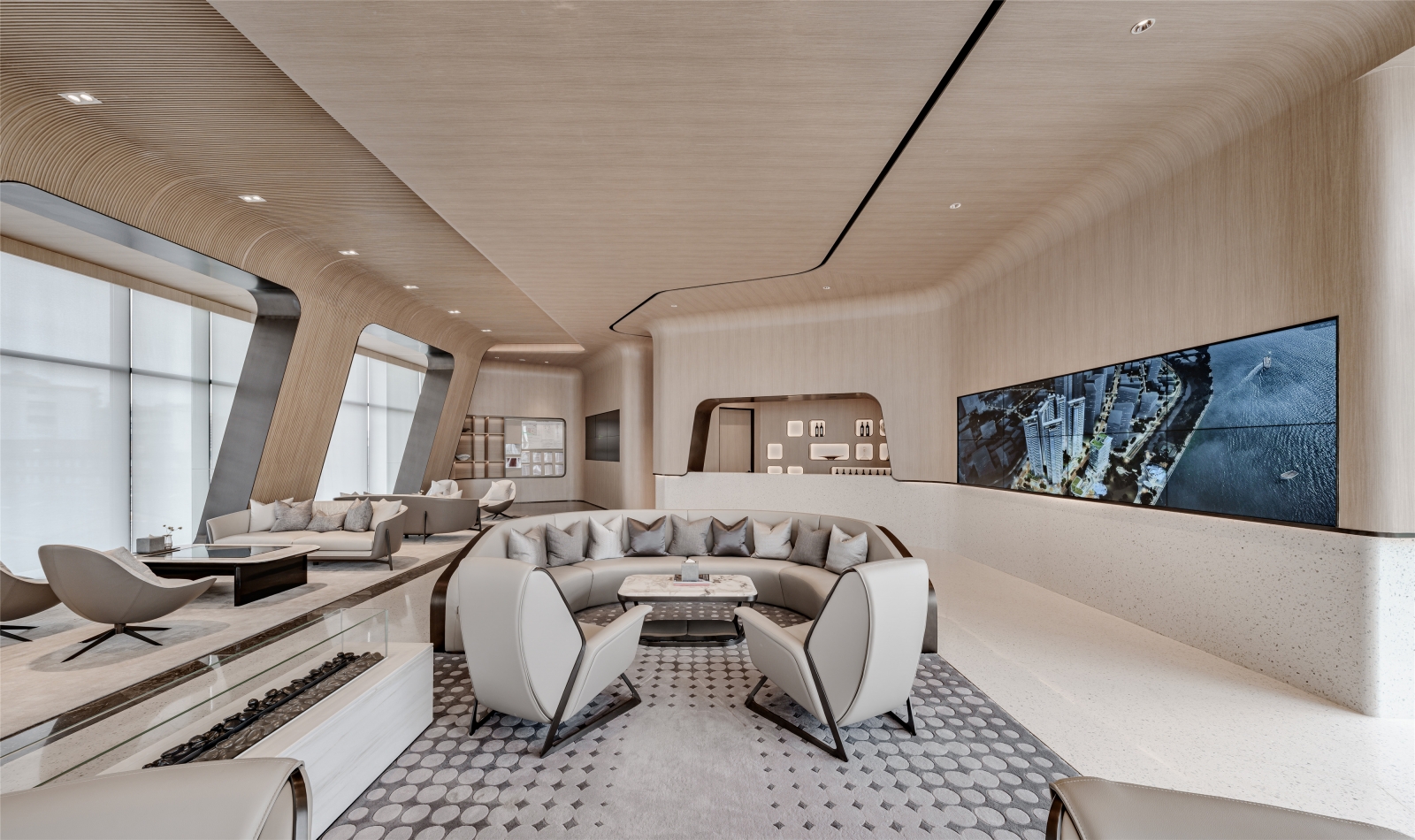 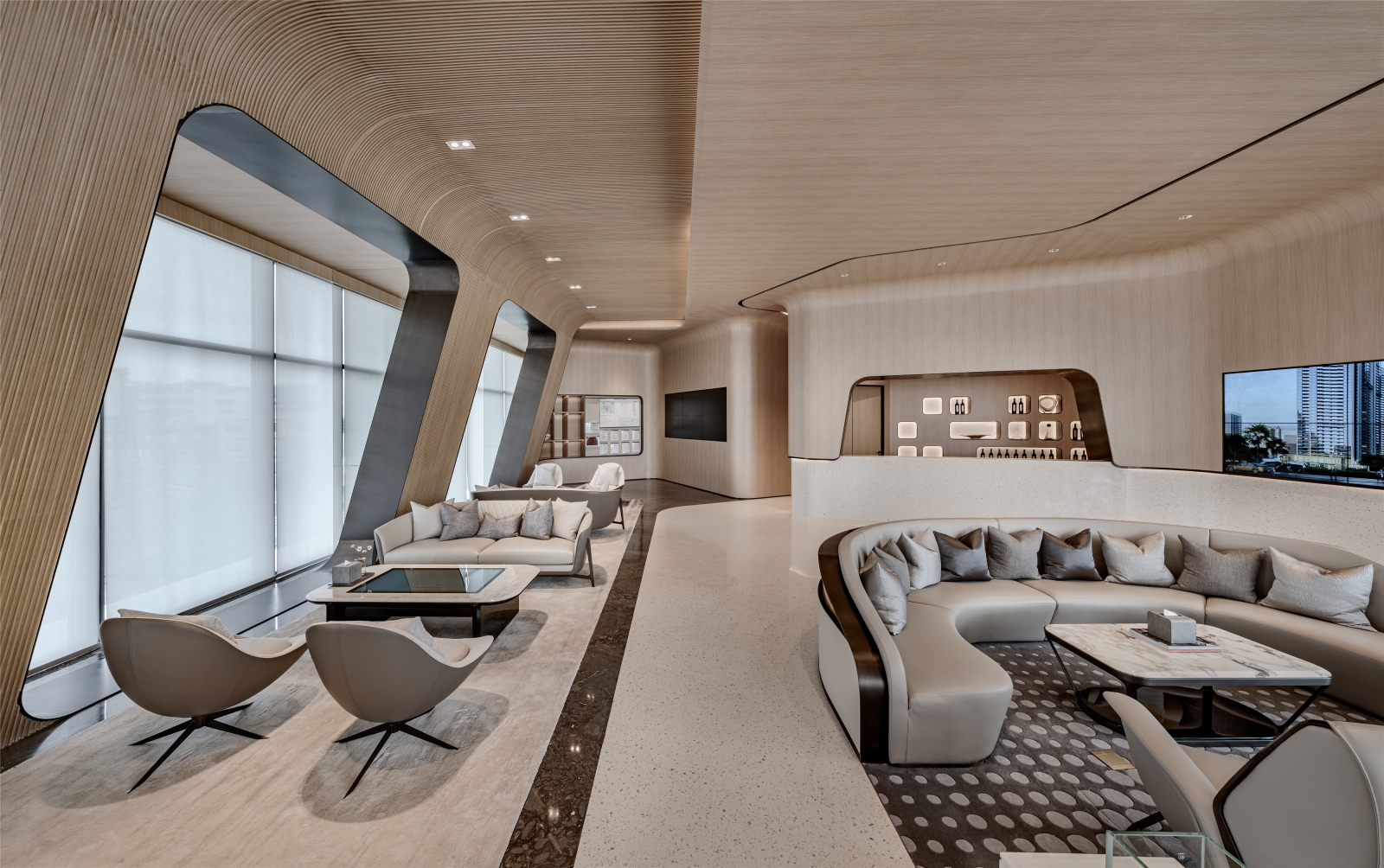 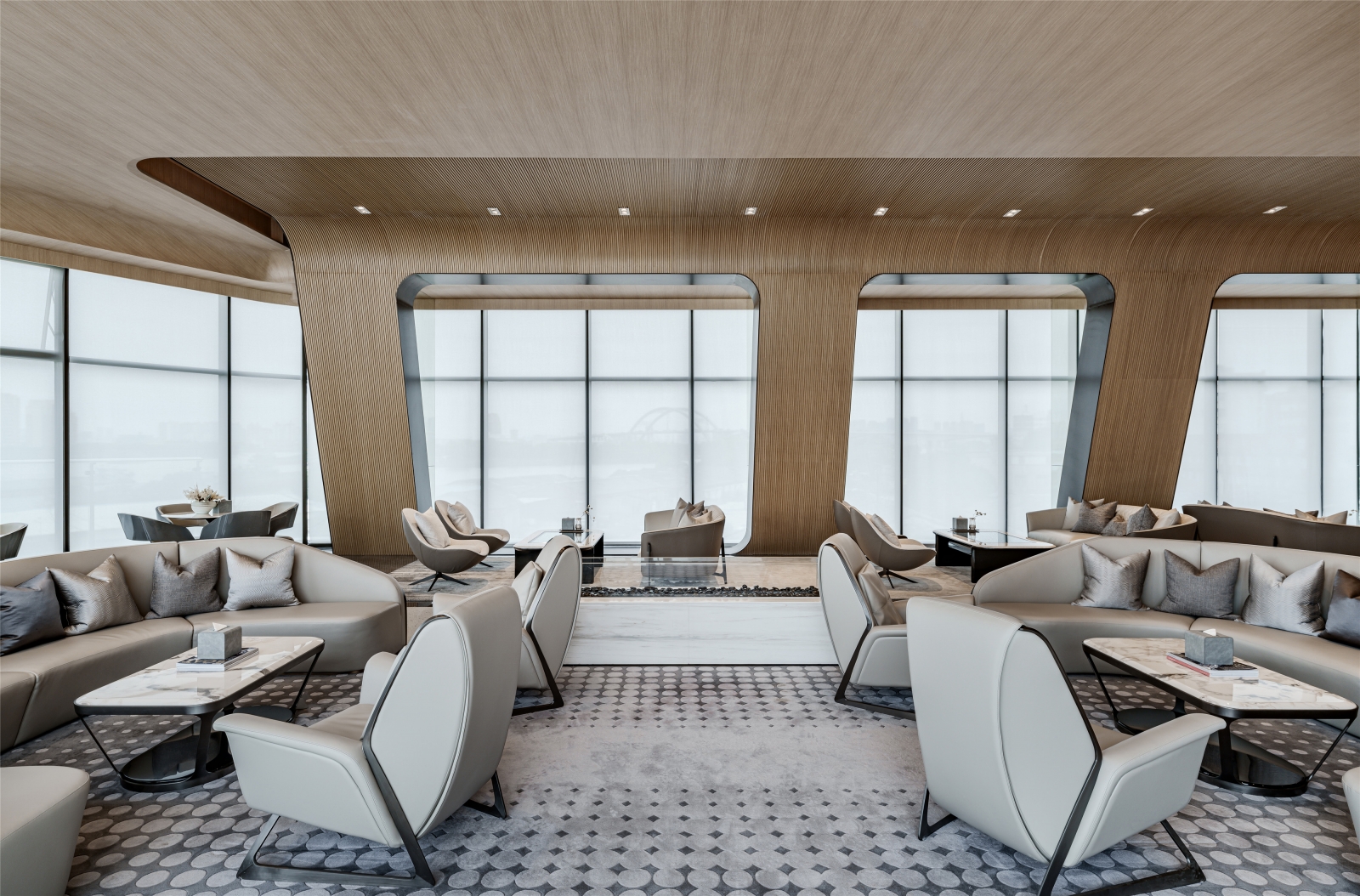 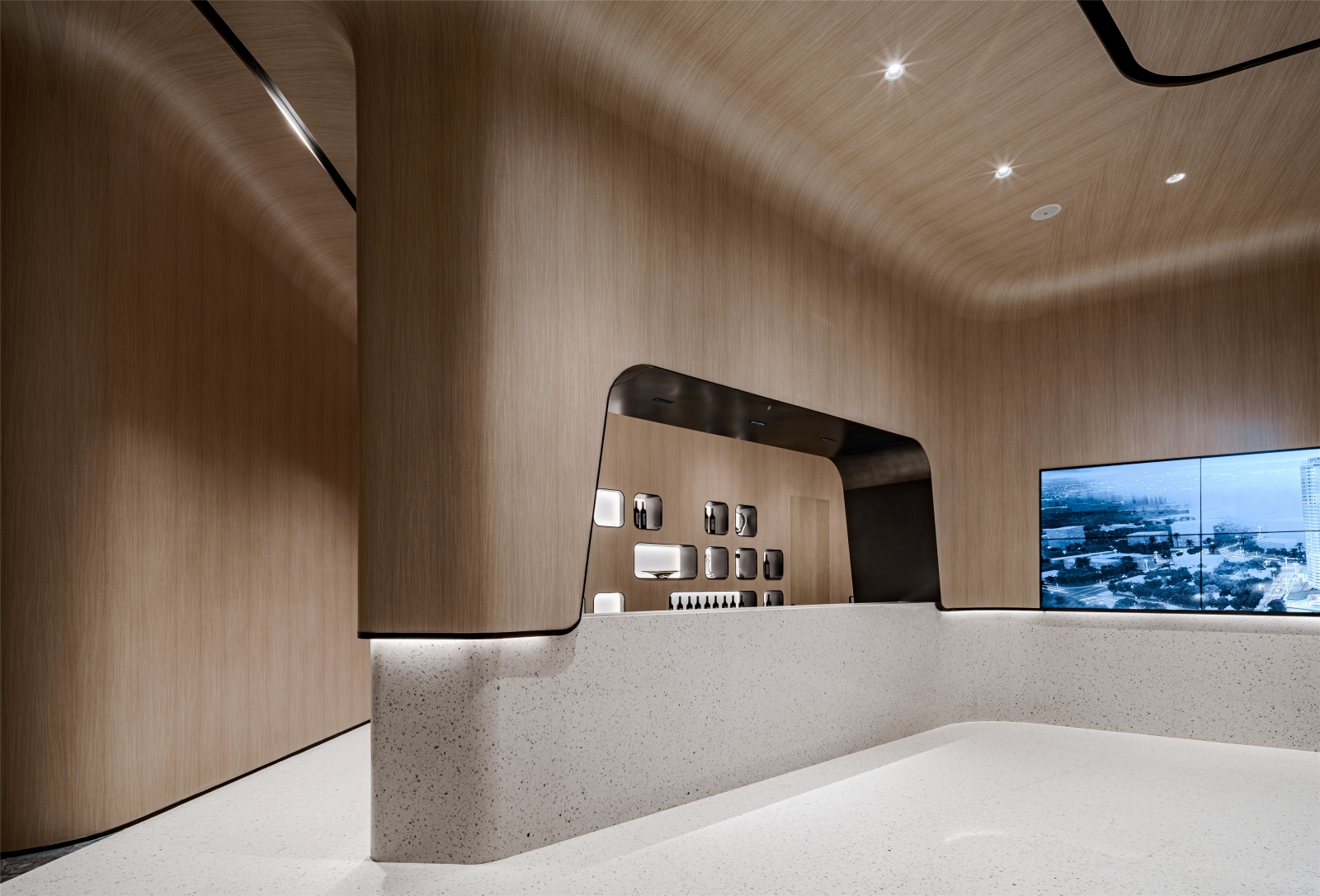 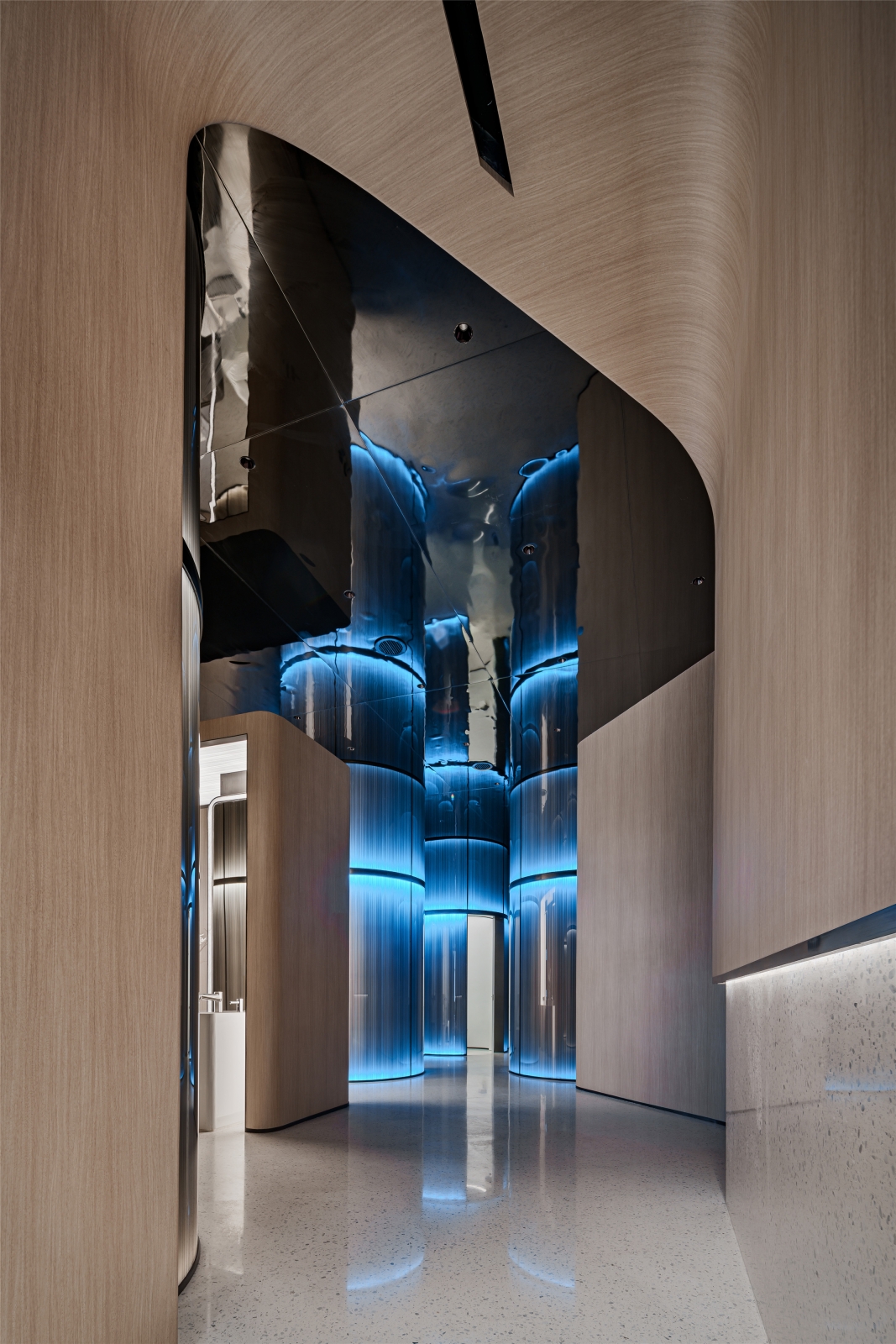 River Palace, overlooking south to the confluence of the four rivers. As it faces the vast hinterland of the Guangdong-Hong Kong-Macao Greater Bay Area, combining with its historical background, the key words “set sail” came to designer's mind; therefore, “yacht” is applied as the design language in the project architecture to illustrate the understanding of “urban characteristics” and “environmental characteristics”. It has become a new urban gathering spot and offered a natural emotional experience field to the Pearl River coast.To break the waves, the outlines of yacht are mostly streamlined – which is exactly the natural form of water; within the streamlined outline, decoration, furniture and even the form of the space itself are restricted and influenced by it, and once again respond to water-related reveries.