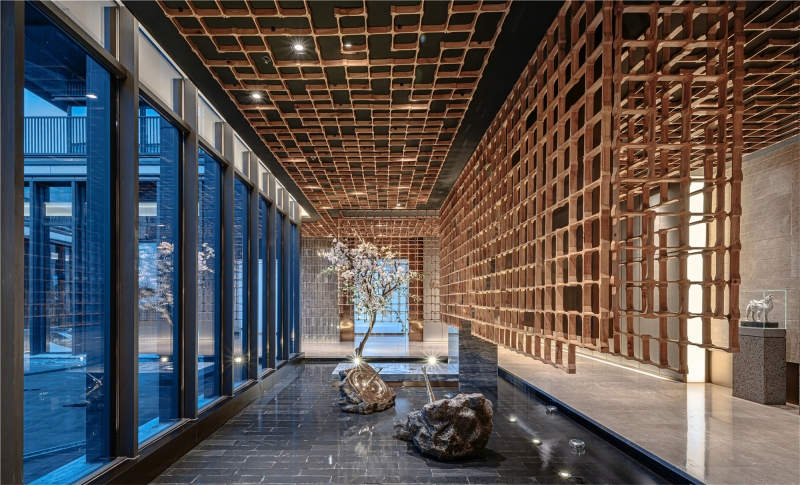 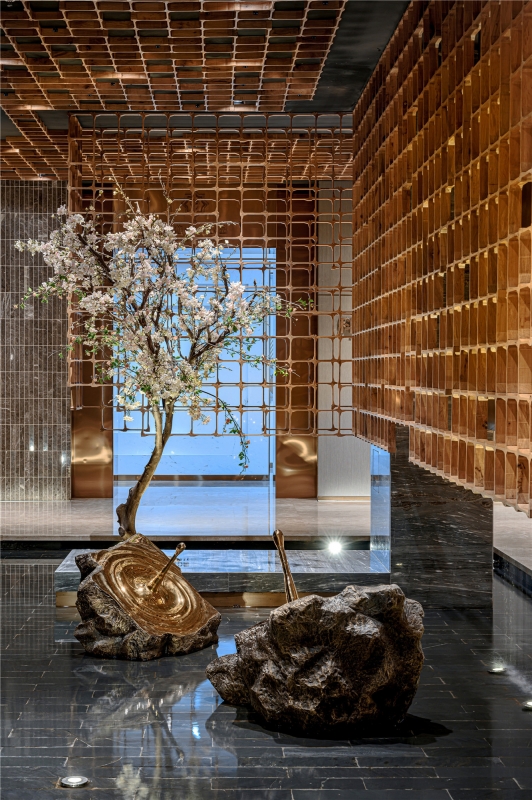 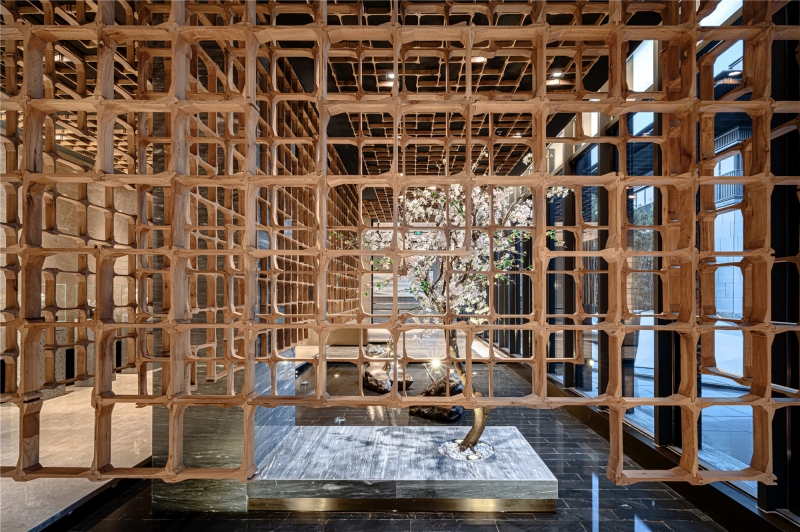 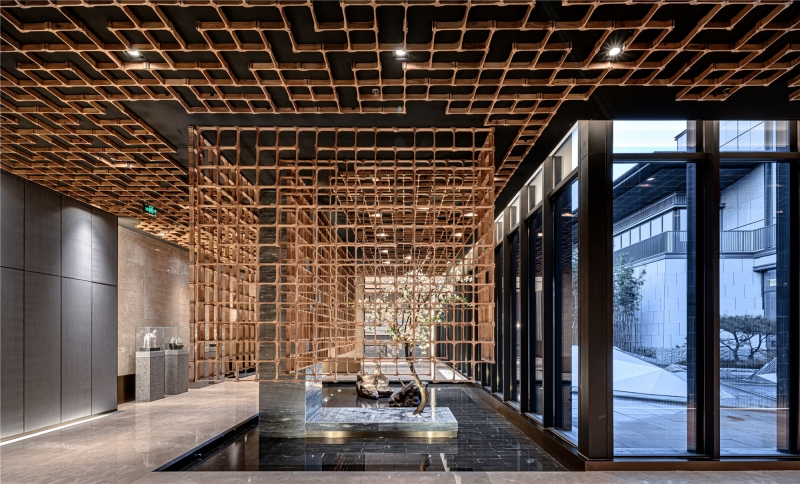 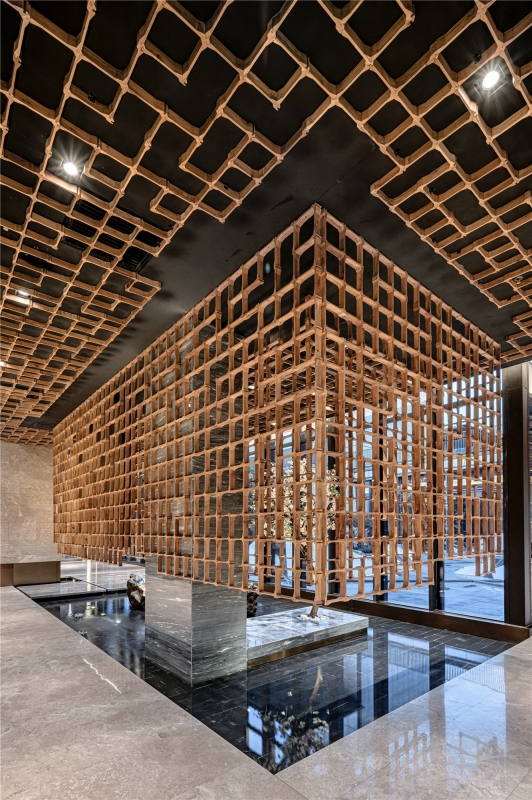 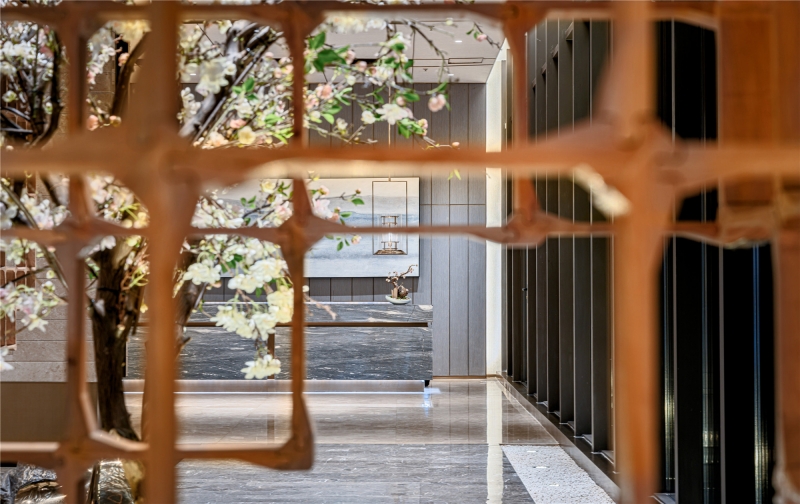 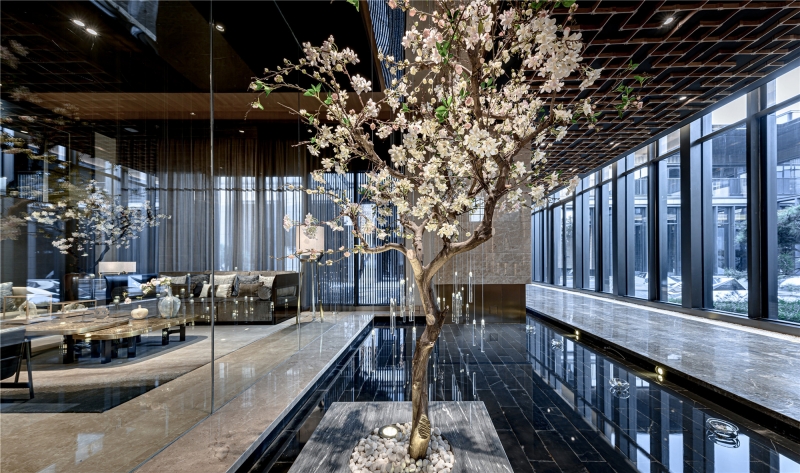 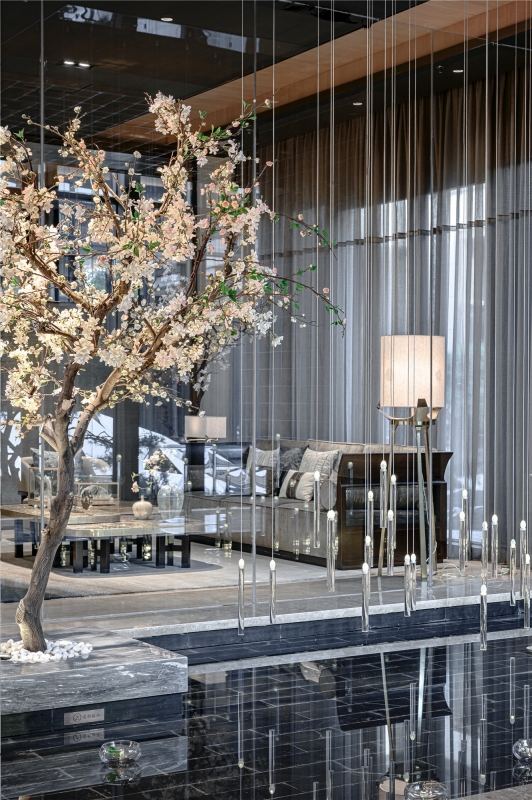 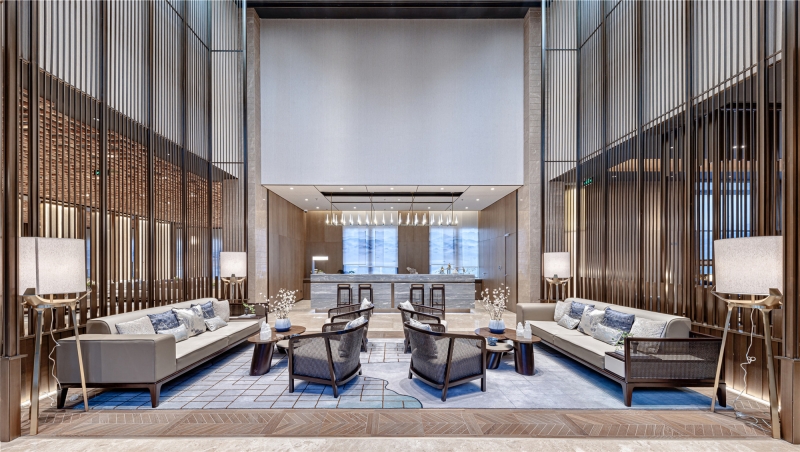 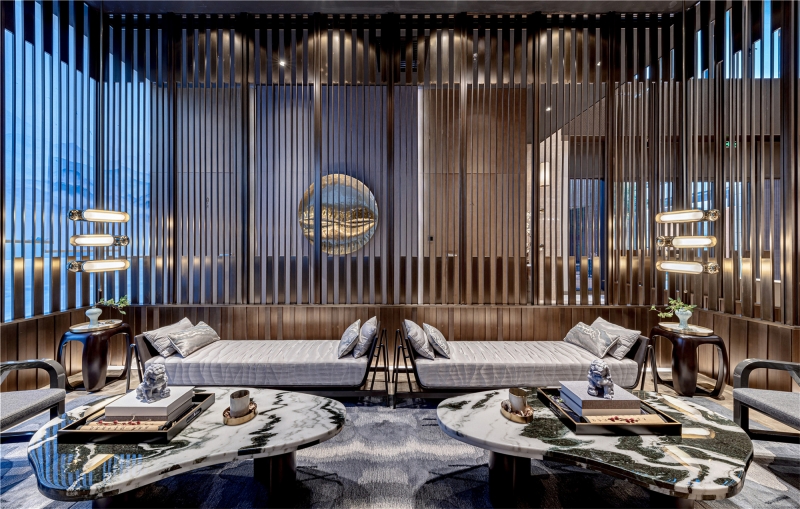 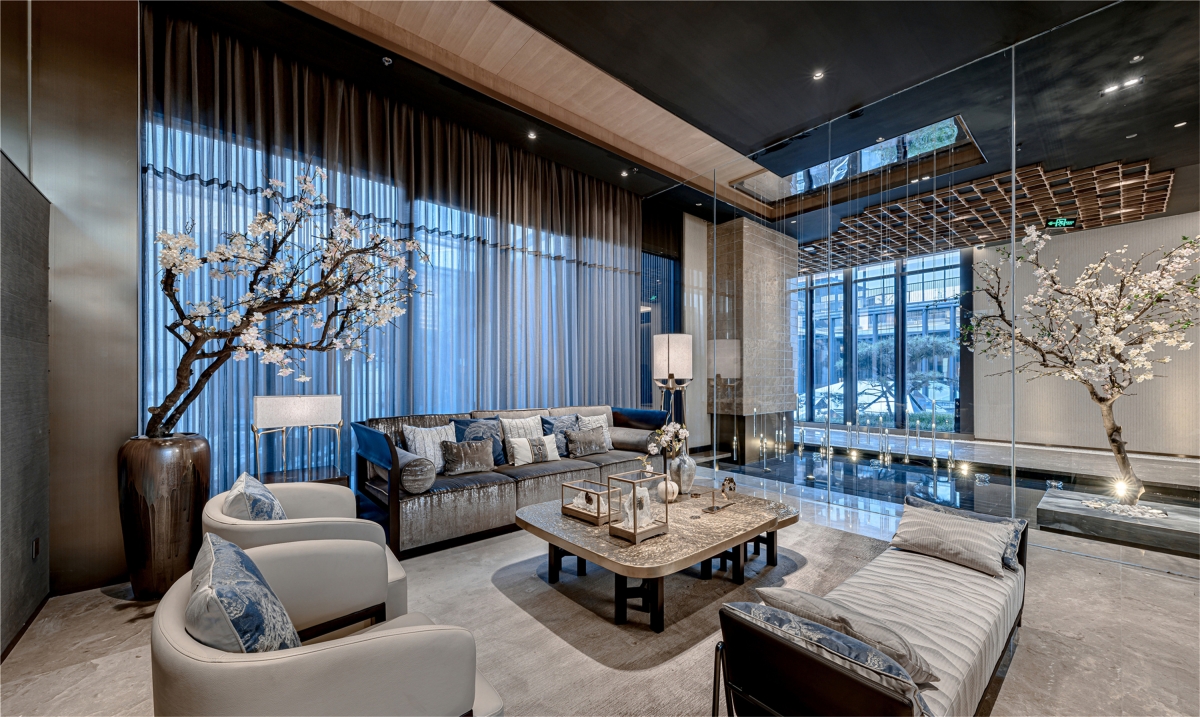 In this project, a classical Chinese garden is created, which integrates the beautiful outdoor landscape into the interior, giving people an excellent view of the landscape.Harmony between nature and architecture?The project is located at Xi'an, next to Xi'an's largest urban ecological park, about 113.4hectares, and has become a natural landscape resource for the project. The designers hope to use the "Central Park" as the theme, combined with the guest line, and use the "Introduction, elucidation, transition, and summary" design method to create a reception center with park experience. The harmony between nature and architecture is formed.