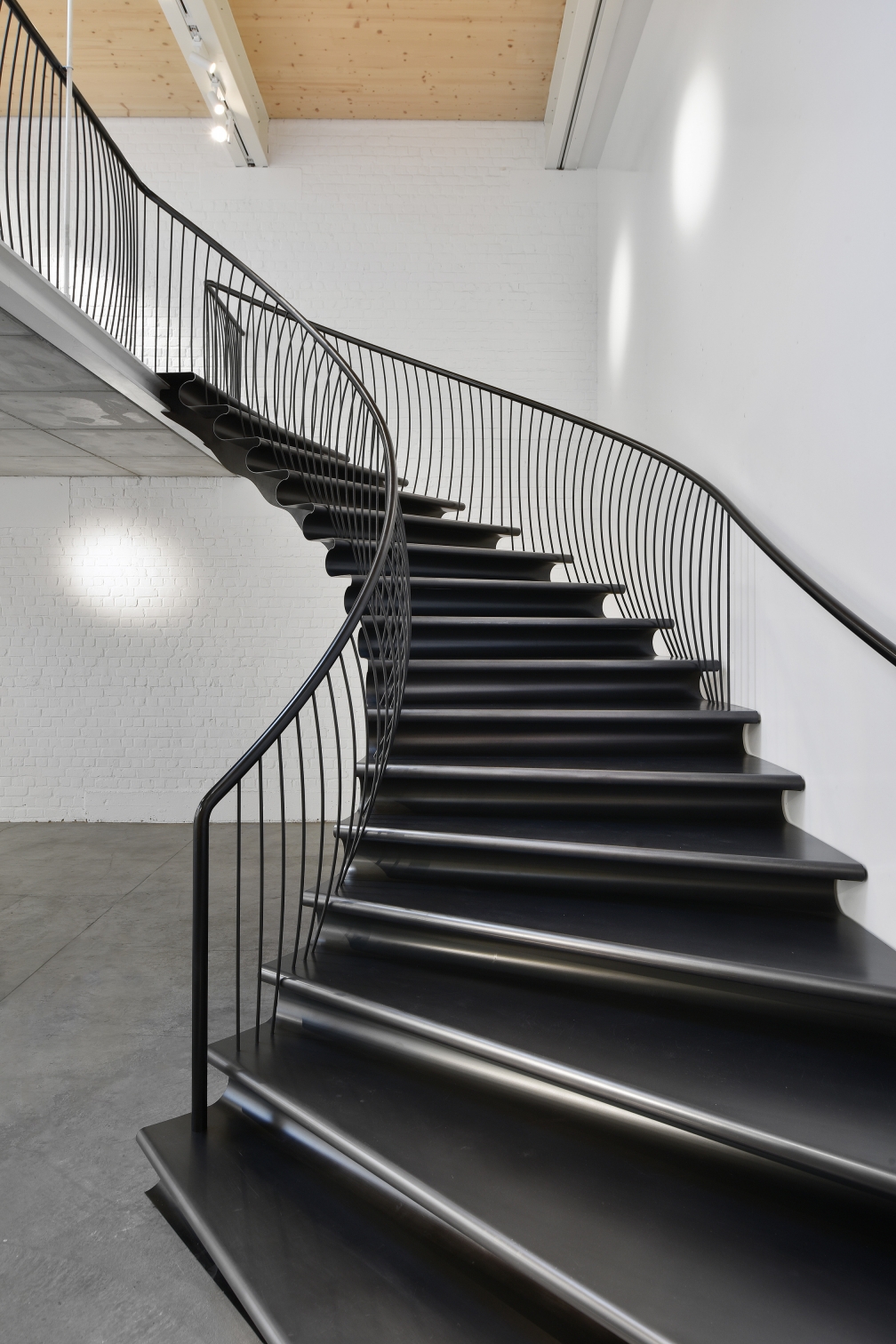 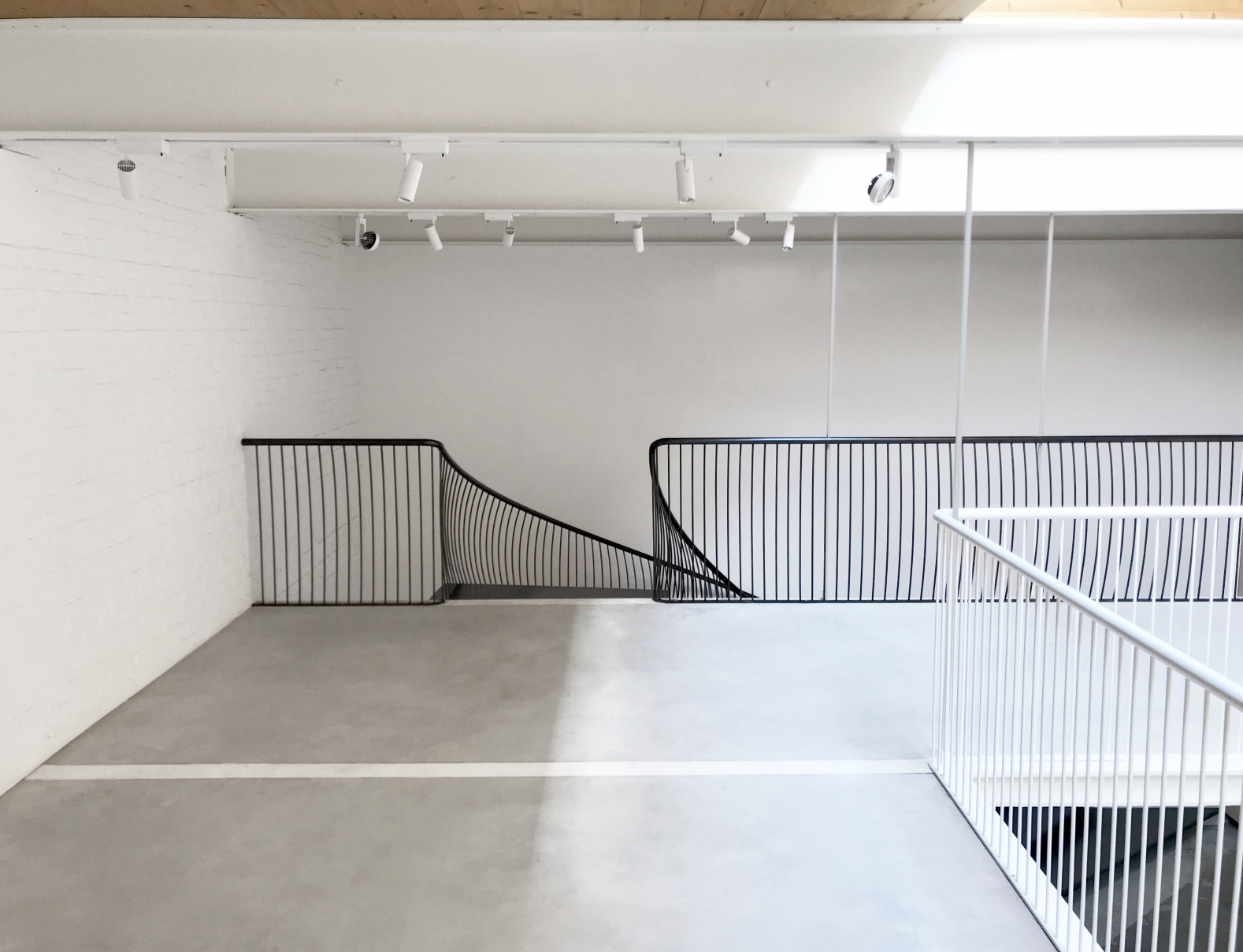 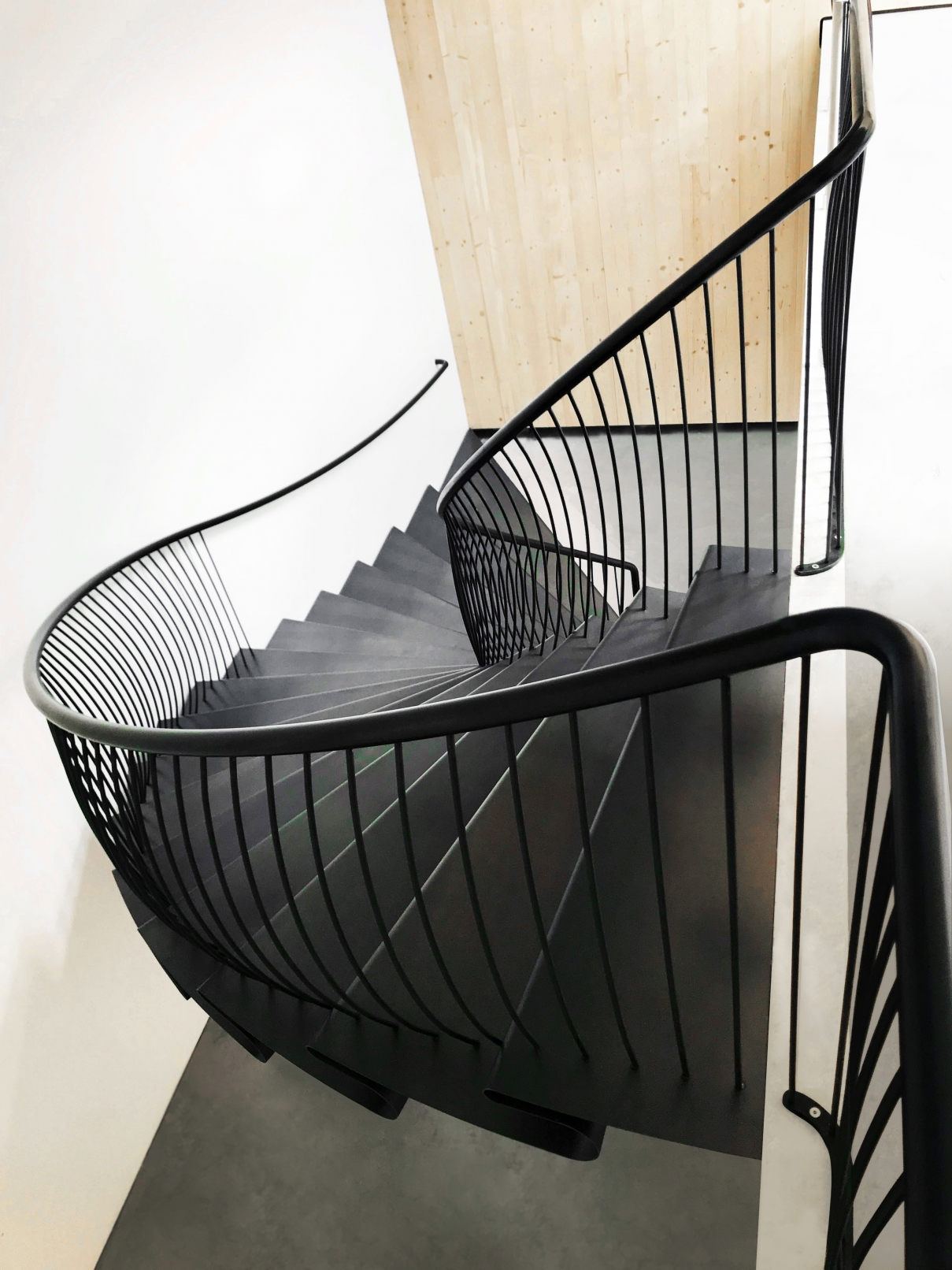 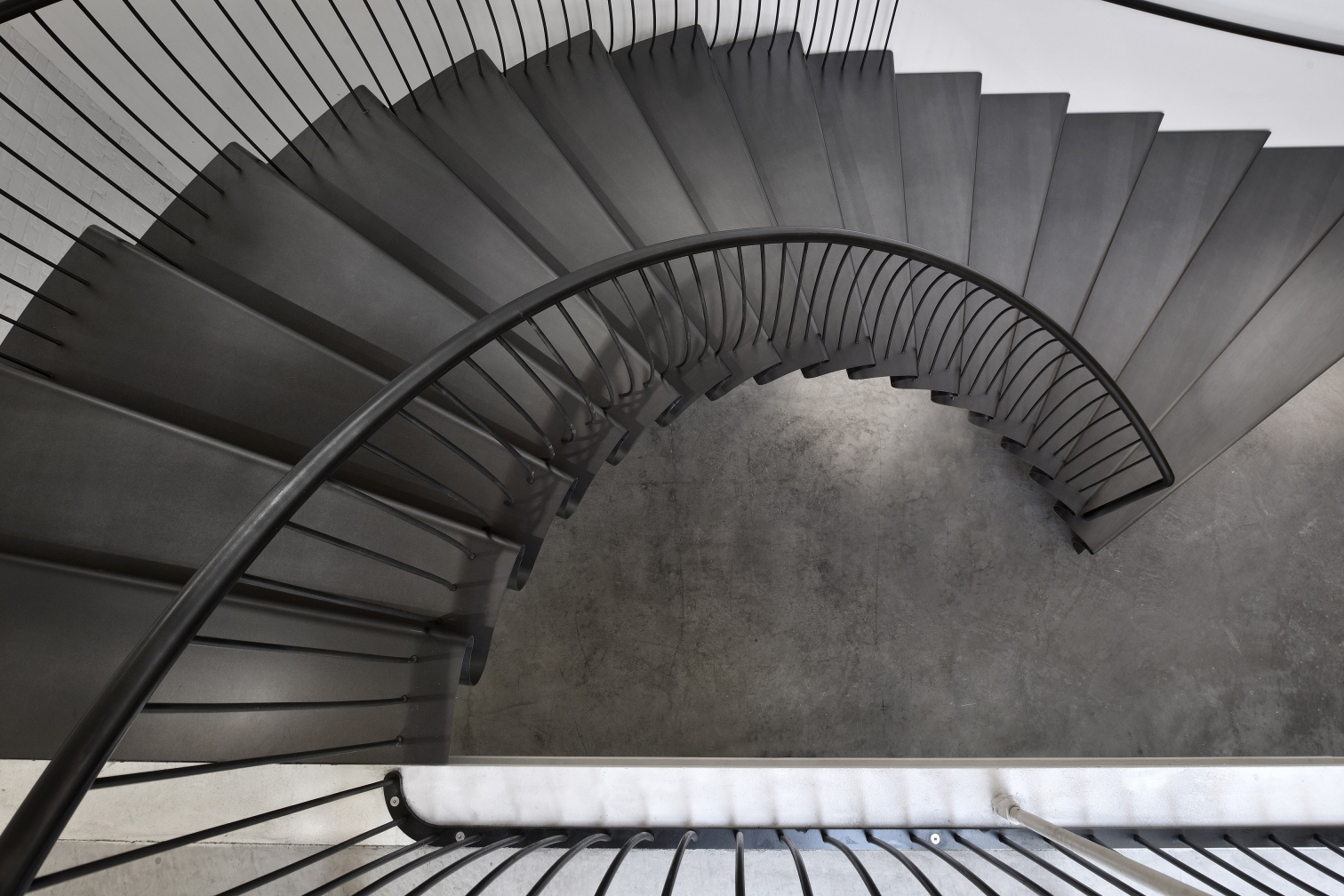 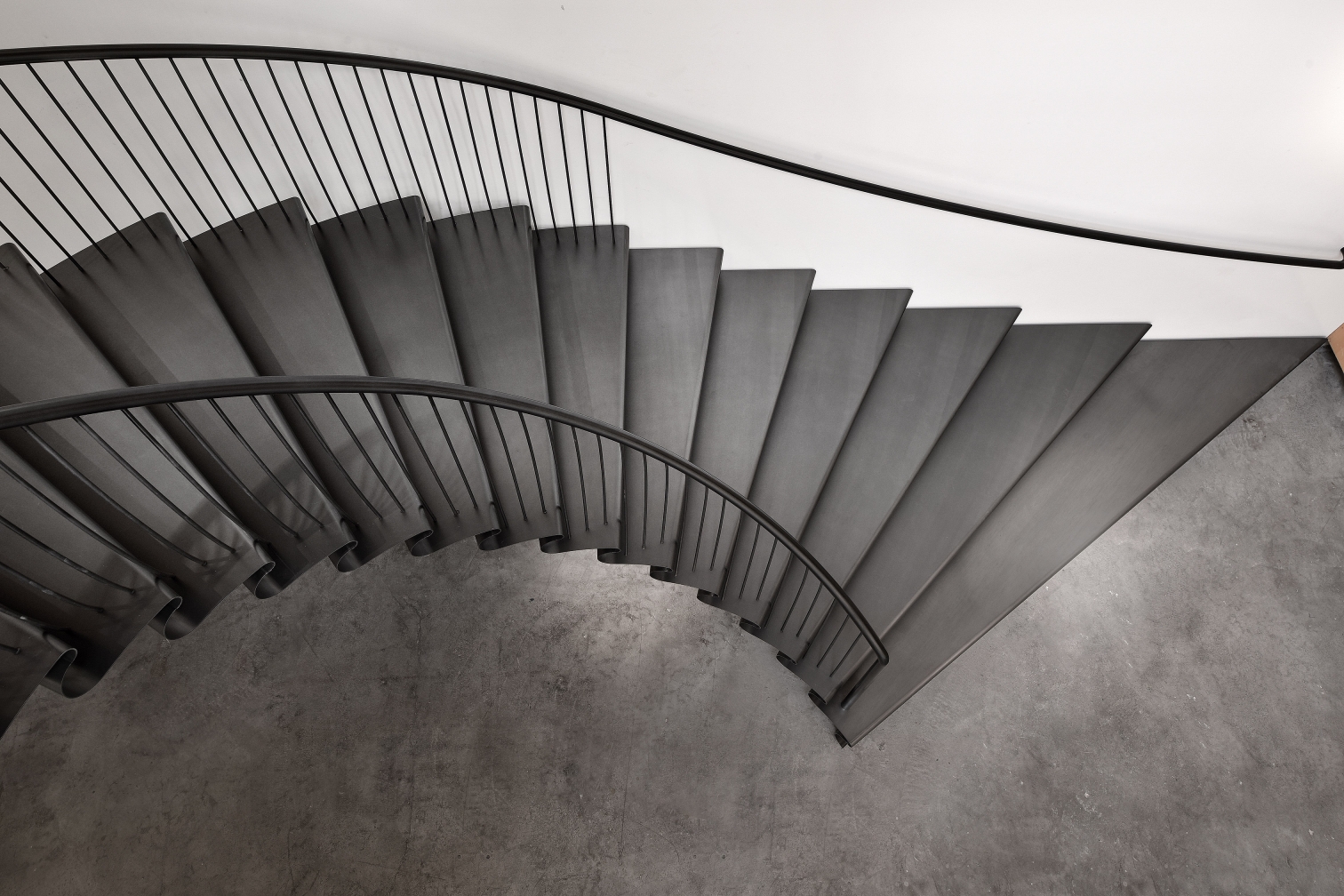 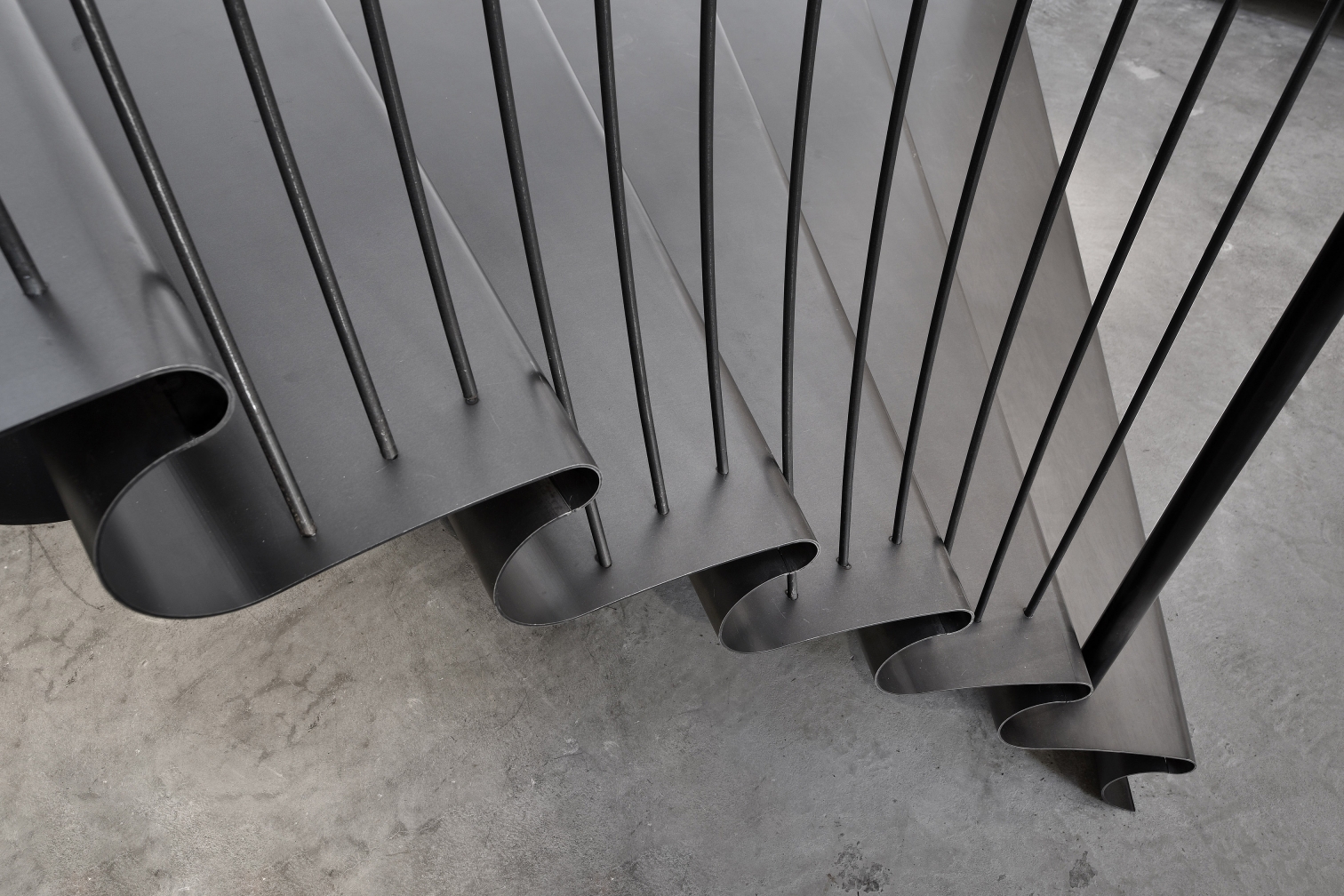 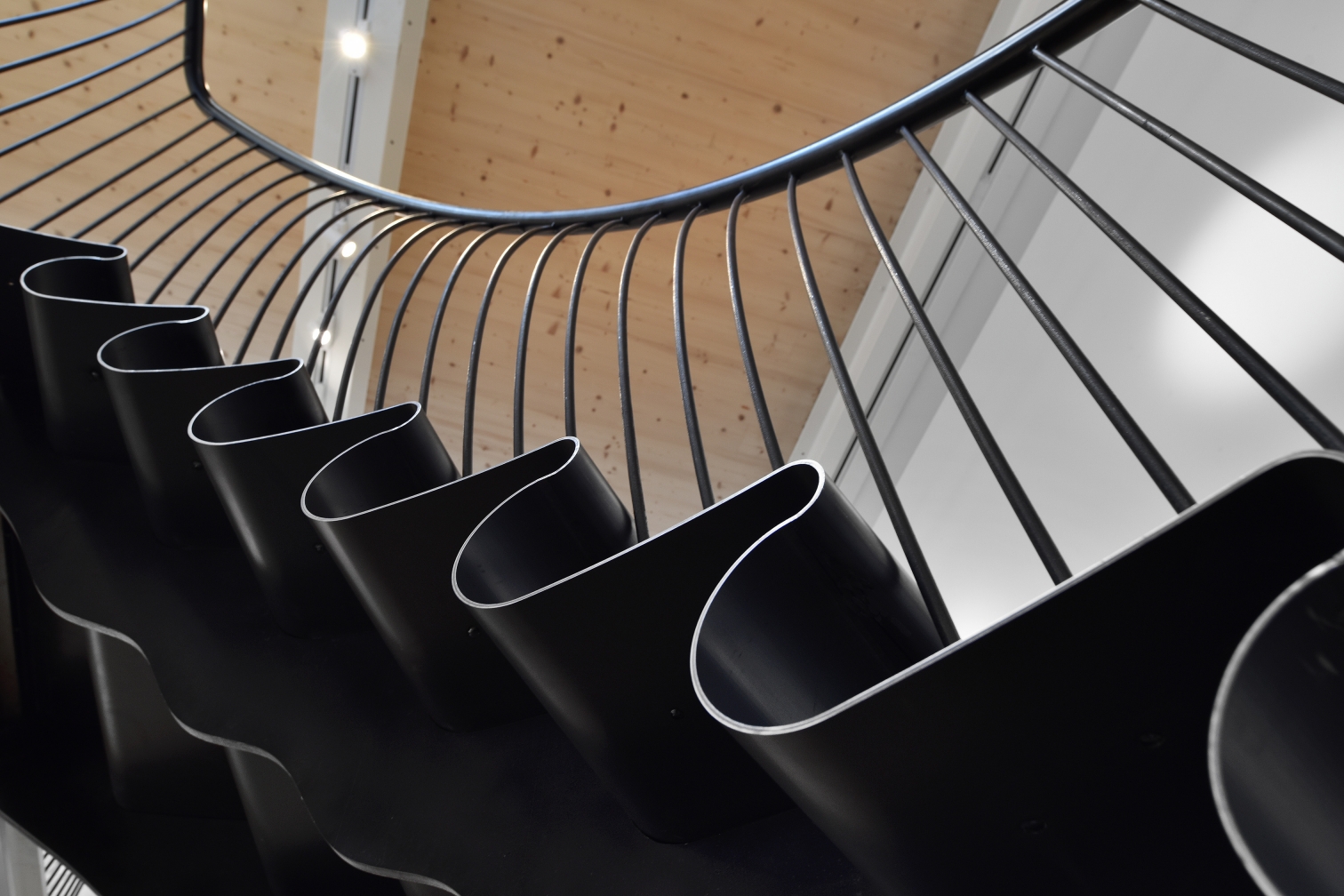 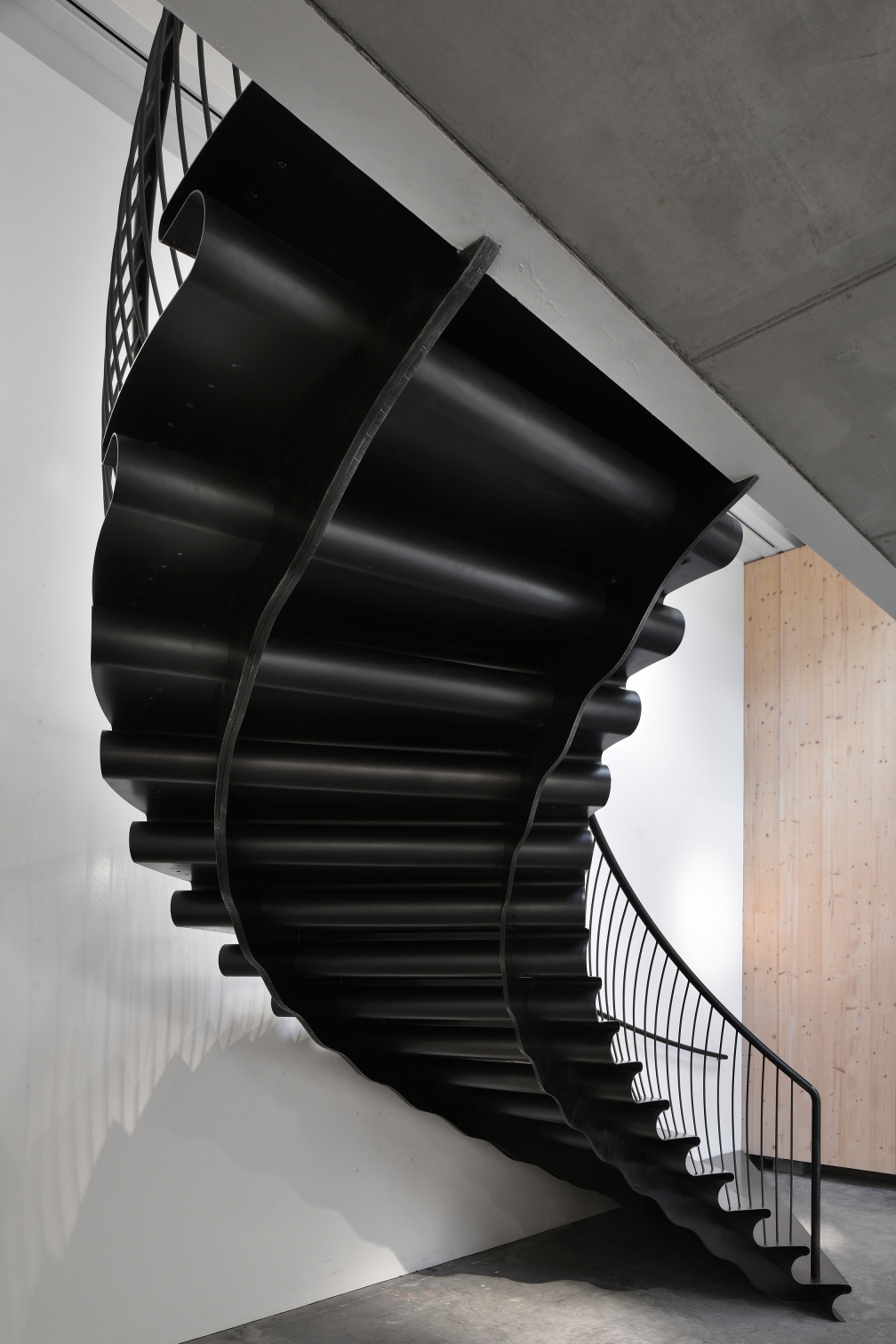 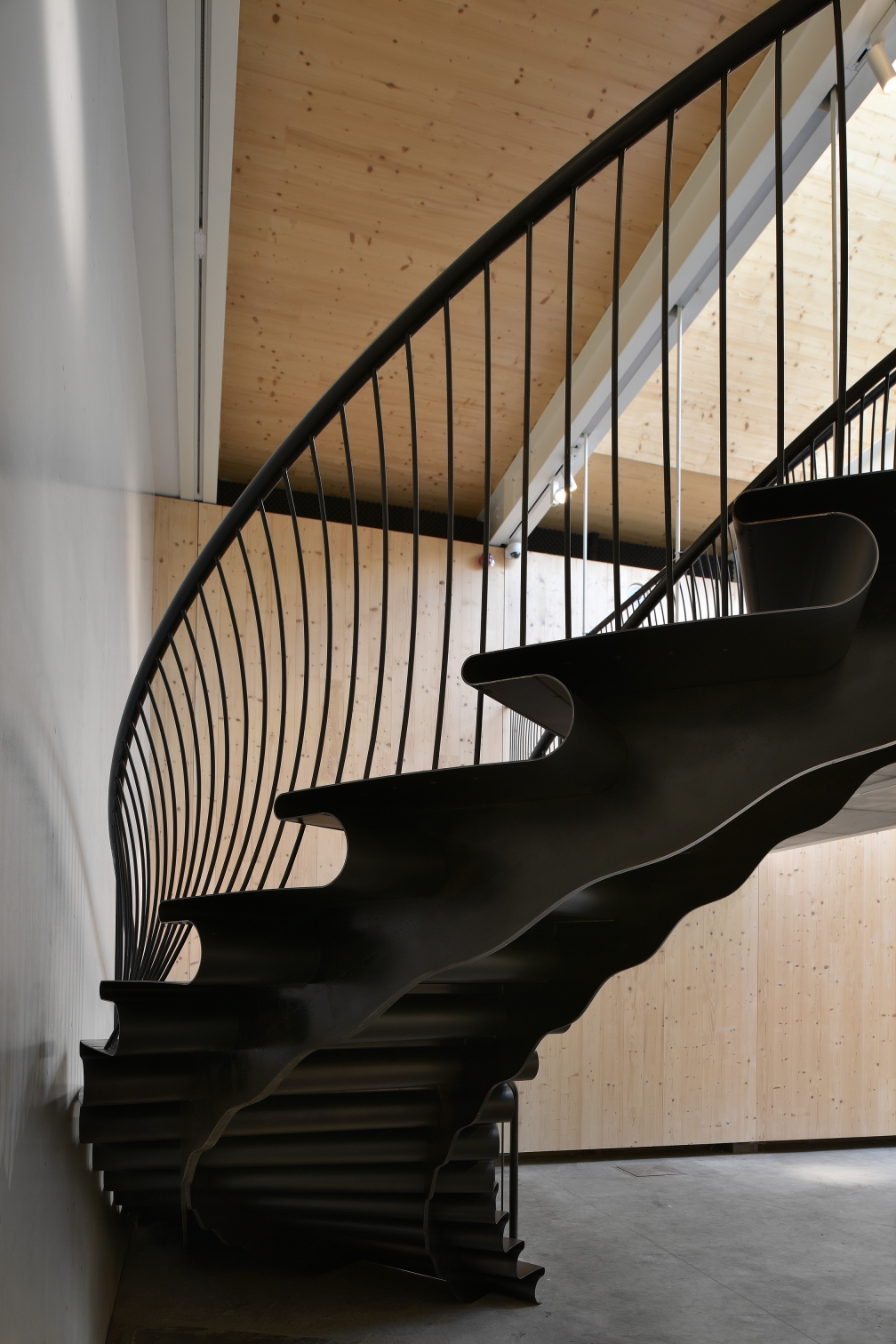 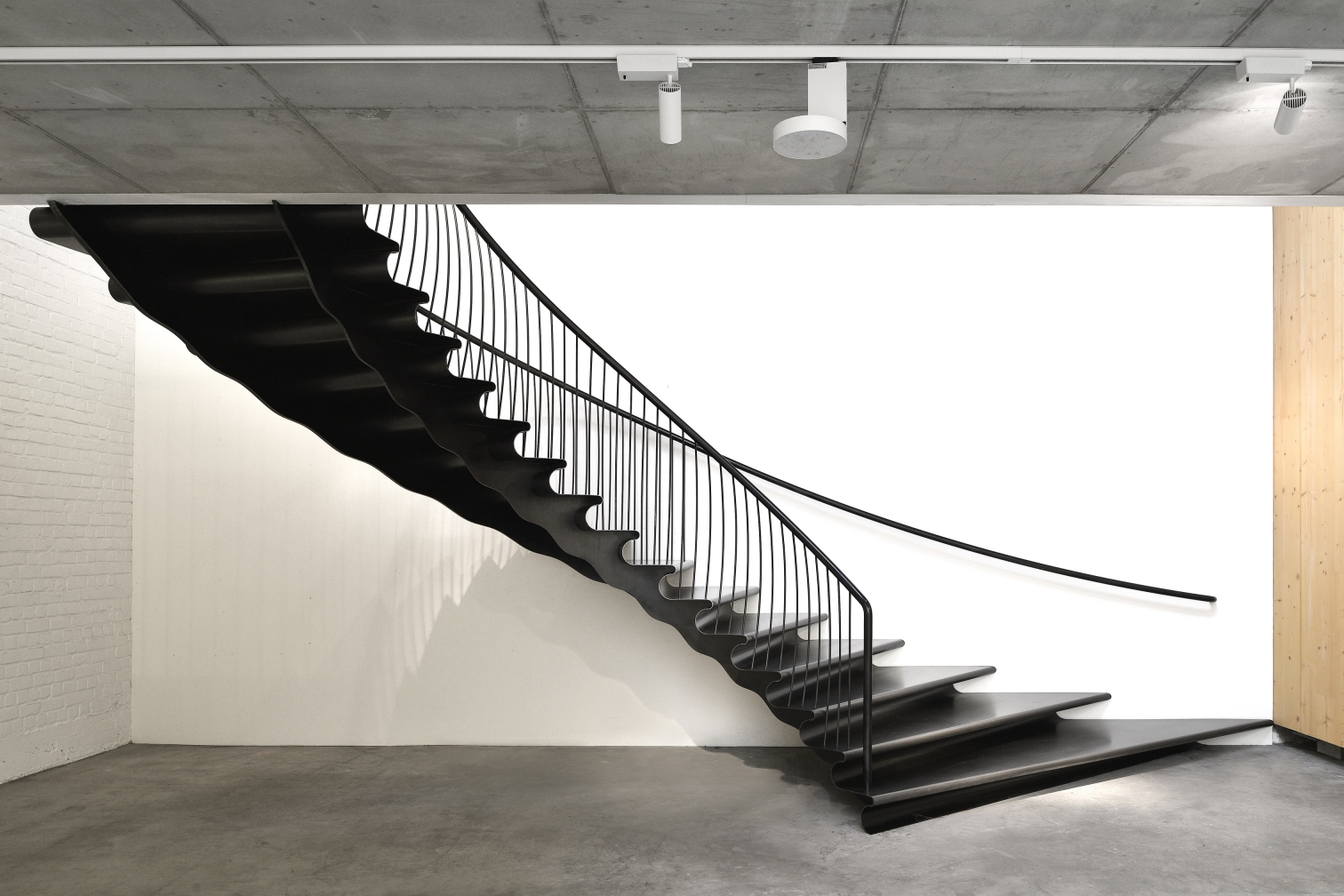 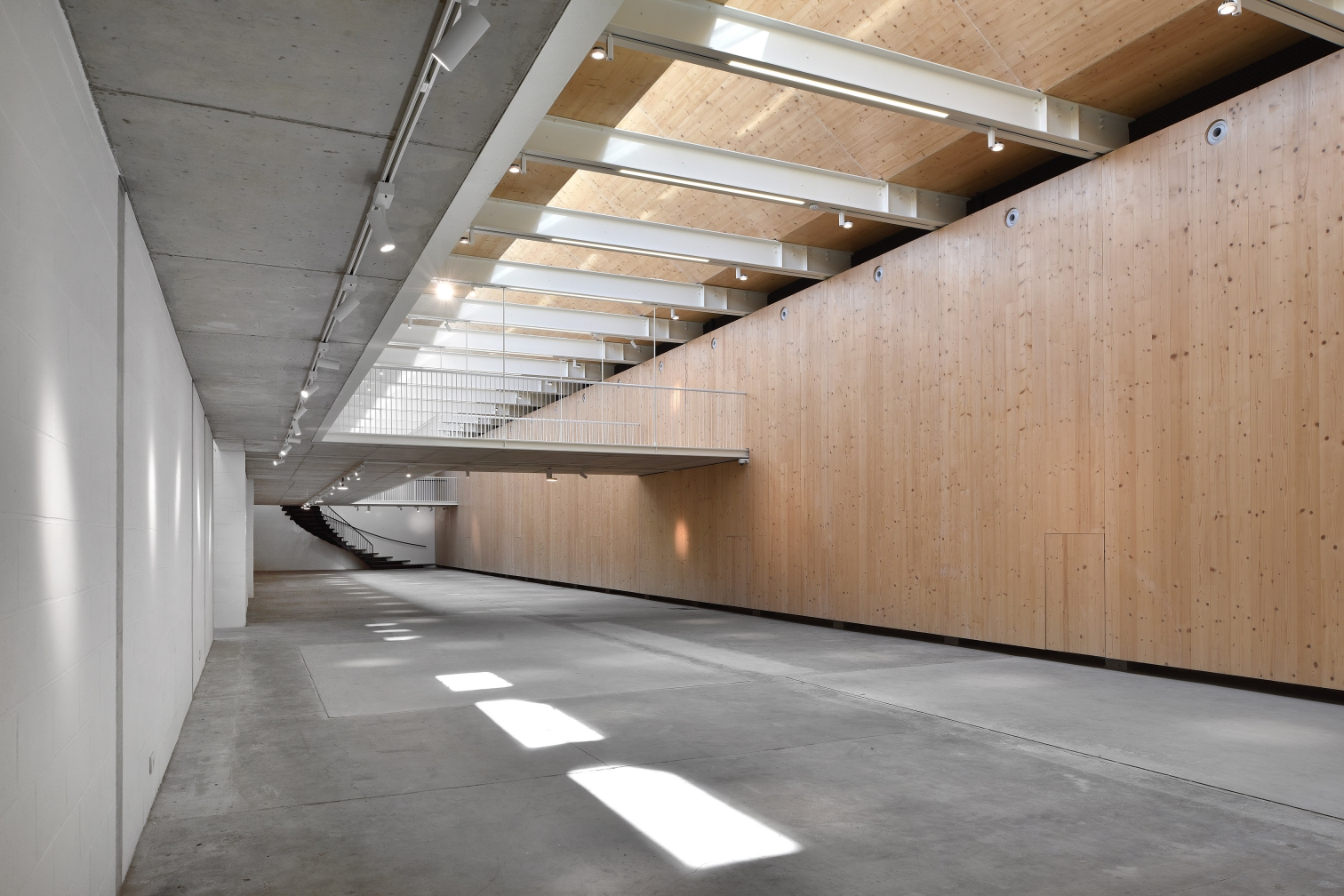 Xavier Lust was commissioned the creation of a central piece in the main hall of Galila’s P.O.C. The result is a stunning staircase with rippling and flowing steps that look like endless waves. A coincidental nod to Galila’s name (“gal” means “wave” in Hebrew), connecting the first two floors of the building.

Galila bought her first contemporary artwork at the Armory Show in New York in 2005. Since then her collection of art by predominantly young artists has significantly grown. The intuitive collector does not limit herself to a specific medium but is primarily drawn to photography, video, drawings, works on paper, and object-based art, building her collection around thematic categories such as eyes, books, chairs, or concepts like recycling, amongst others. To make her art accessible to the public, she purchased an historic 1950s-era industrial building in Brussels’ Forest district. The rear of the renovated structure, completed in 2018, reveals an expansive exhibition space with a skylight, a stair designed by Xavier Lust and a mezzanine.

Bio Xavier Lust created his own poetic language inspired by nature and materiality itself. His creations leave an impression of harmony, elegance and strength. Through his mastery of the material, Xavier has devised an innovative process of curving metal allowing his design to be inhabited by a unique energy. Each piece is a rare gem exhibiting the radical vision of the designer assisted by the expertise of the best manufacturers. The public discovered Xavier Lust through his industrial design for leading Italian brands before his, now immediately recognizable, limited edition Art design pieces.